[Exclusive] Jae-myung Lee "'Restriction on the privilege of non-arrest', if it is the ruling party's argument, I agree" 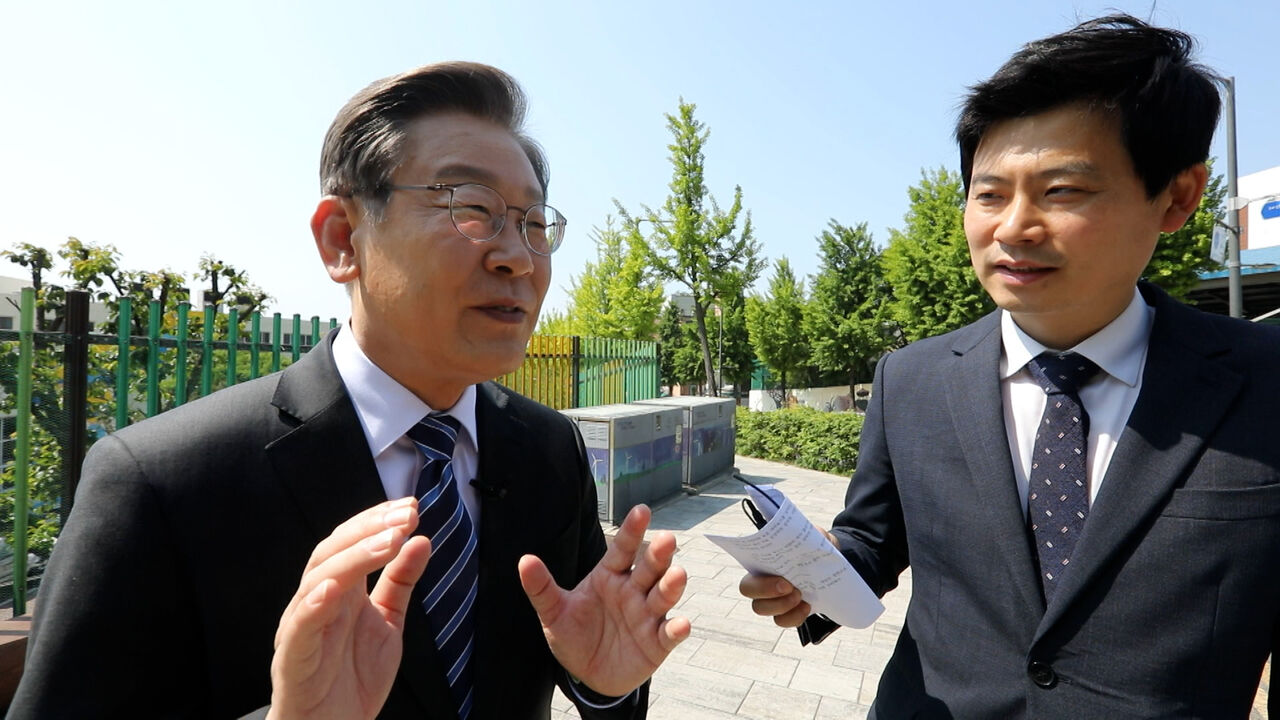 On the 6th, we had a conversation with Ahn Cheol-soo, former chairman of the transition committee, and told us that we were also preparing for an interview with Lee Jae-myung, the general election chairman of the Democratic Party.

Chairman Lee said that he would approve if the People's Power decides on the 'Restriction on the Privilege of Non-Arrest Members of the National Assembly' as the party's agenda.

First of all, I was curious about Chairman Lee Jae-myung's intentions about the people's point that he might be running for bulletproof.

[Lee Jae-myung / Democratic Party General Election Chairperson: (The people pointed out and criticized for running for bulletproof in the people's power over running for Incheon Gyeyang?) An empty gun doesn't need bullets.

All the complaints are the power of the people.

I am a suspect under investigation because the power of the people accused me of being investigated by the police.

It is a really disrespectful party that goes beyond Naro-nambul.]

I answered this to the power of the people to promote the 'Restriction on the Privilege of Non-Arrest Members of the National Assembly'.

However, the power of the people as far as I know is never proposed as a party argument.

These people are famous for the difference between what they said here and there.] As

for the reason for choosing Incheon, he said that it was for the purpose of supporting the national election.

[Lee Jae-myung / Democratic Party General Election Chairman: (From a political standpoint, (Seongnam) Bundangap is not right for running?) I am not a person representing a specific region, but a person who has represented the entire Republic of Korea (in the presidential election), and the Democratic Party supporters Run for office, but go to Incheon, where national support is available.]

Strict action is necessary for the allegation of sexual assault by Rep. Park Wan-ju.

[Lee Jae-myung / Democratic Party General Election Chairperson: ((Rep. Park Wan-joo) Expulsion, do you think this was appropriate or do you think more (discipline) should be done?) I think so.]

And then, he turned his arrow to Lee Jun-seok, representative of the People's Power.

[Lee Jae-myung / Democratic Party General Election Chairperson: (CEO Lee Jun-seok) was paid the last name, and then there was a recording saying that the evidence was destroyed. ]

Chairman Lee diagnosed the composition as unfavorable to the Democratic Party as it is an election held three weeks after the inauguration of the president.

[Lee Jae-myung / Democratic Party General Election Chairperson: (I want to win at least one here. Is there such a region?) Gyeonggi-do must win.

I believe we can win again.

I think the judgment is a bit clear.]