Wearing a burkini at the swimming pool: what do Muslim women in Grenoble think?

Authorization to wear the burkini in municipal swimming pools is under debate in Grenoble. The environmentalist mayor Éric Piolle is in favor of it but he faces hostile opposition. While a vote on this project is to be held on Monday, Europe 1 met the first concerned, Muslim women, to find out their positions. 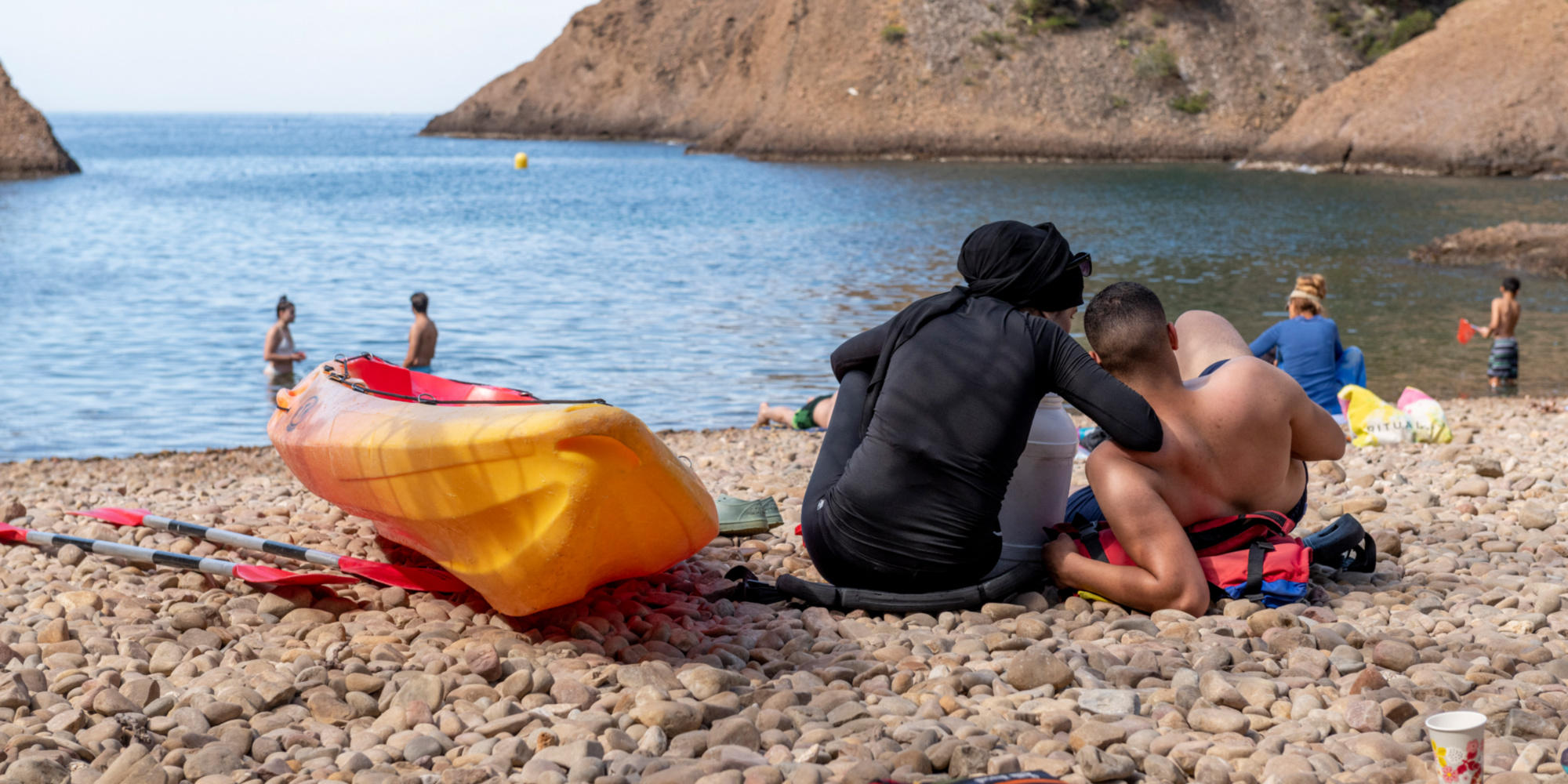 Authorization to wear the burkini in municipal swimming pools is under debate in Grenoble.

The environmentalist mayor Éric Piolle is in favor of it but he faces hostile opposition.

While a vote on this project is to be held on Monday, Europe 1 met the first concerned, Muslim women, to find out their positions.

Should the wearing of burkini be authorized in municipal swimming pools?

In Grenoble, the debate has inflamed the city council for a week, while a vote must be held on Monday on the question.

On the one hand, the ecologist mayor Éric Piolle carries the measure in the name of freedom of choice for women.

On the other, a hostile opposition, including in the ranks of the Grenoble majority, refuses the burkini as a symbol of female submission.

But, what do the main interested parties, the Muslim women of Grenoble, think?

Europe 1 asked them the question.

First, many women are far from the fiery debates that agitate the political sphere.

No way for them to make it a fight for civilization, even if the subject is still important to them.

For example, the burkini would finally allow Olfa to accompany her children to the swimming pool, which is not possible today.

"Many children cannot go to the swimming pool"

"As the burkini is prohibited, there are many children who cannot go to the swimming pool because their mother cannot go with them", she explains at the microphone of Europe 1. Olfa is therefore organized, as she can: "Me, today, I can keep watch in the locker room, but I can't go in the water. So the burkini would be a good thing, a progress."

She too will wear the burkini at the swimming pool, if it is authorized, in the name of her freedom as a young woman.

“We are free, we are in France, it is freedom. And the burkini is important in our religion. I hear that it is the man who would impose it on the woman. everything, it will be my choice!”, she insists.

- The burkini in the pool is "a non-subject", insists Éric Piolle in Grenoble

Still, many Muslim women, especially those in their 30s or 40s, don't see the point of it.

For Chérifa and Sarah, it's a bad fight.

"The burkini, I'm against it," says the first.

"First I find it vulgar, it's too tight. And then it makes a fuss for nothing," she says, pointing out that it gave religion a bad image.

"I have been going to the pool in a bathing suit for years and it is going very well. It does not go our way, it does not give a good image of Muslims. Those who have decided to wear the headscarf have nothing to do in a municipal swimming pool", slice Chérifa.

Sarah continues: "I am of the Muslim religion but I live in a European country. So I adapt and not the other way around."

And these women conclude: "We must respect the rules in force around us. And frankly, in summer, we are better in a swimsuit!"