Collective security: what results did cooperation within the CSTO achieve?

On May 15, 1992, the Collective Security Treaty was signed in the capital of Uzbekistan, which marked the beginning of the creation of the CSTO. The composition of the organization has changed several times, and since 2012 the bloc has included six states - Russia, Belarus, Armenia, Kazakhstan, Kyrgyzstan and Tajikistan. The treaty obliges the member states of the union to provide assistance to each other in the event of a corresponding request. The first and so far the only episode of the use of the CSTO troops was the peacekeeping mission in Kazakhstan in January of this year. According to experts, the association has great development potential, which will be realized as interaction between the countries participating in the agreement deepens. 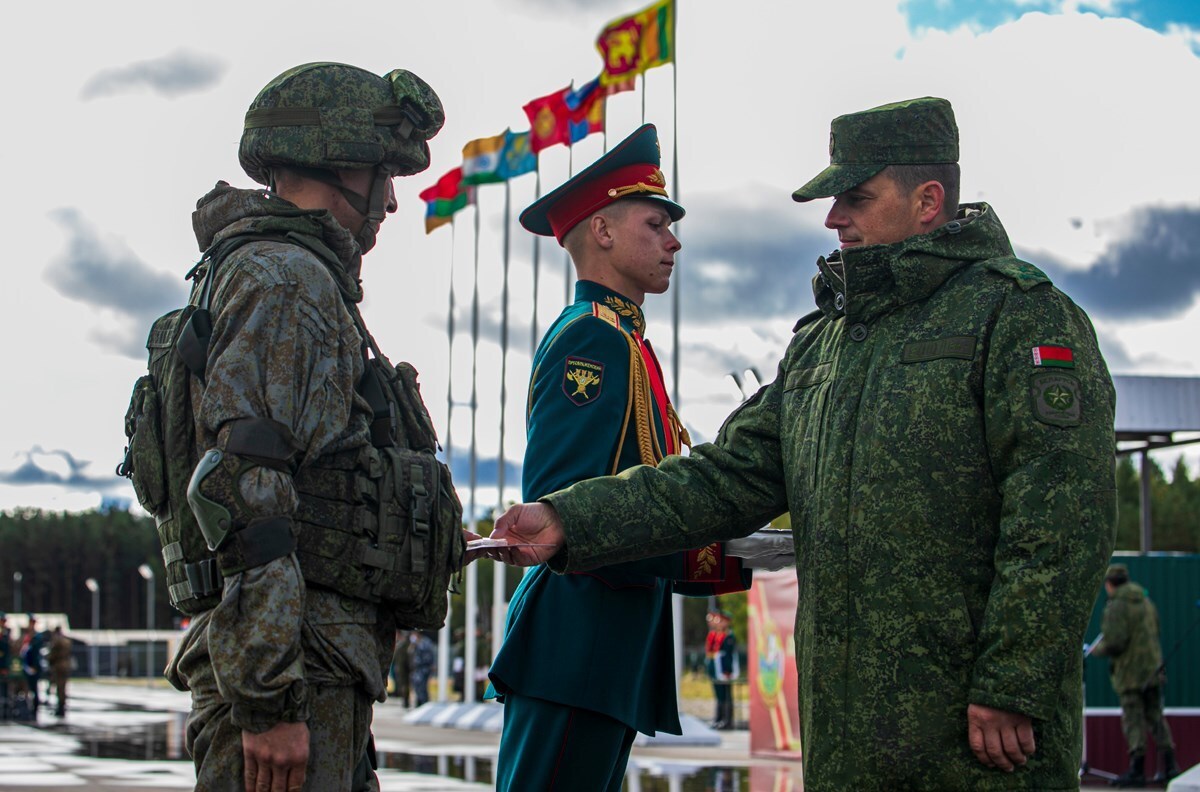 30 years ago in Tashkent, the presidents of the Russian Federation, Armenia, Kazakhstan, Tajikistan, Kyrgyzstan and Uzbekistan signed the Collective Security Treaty.

This document laid the foundation for the formation of a military-political union in the post-Soviet space, which was called the CSTO.

In honor of the anniversary, a summit will be held in Moscow with the participation of the leadership of the organization and heads of member states.

According to the Kremlin press service, the presidents of the Russian Federation, Belarus, Kazakhstan, Kyrgyzstan, Tajikistan, the Prime Minister of Armenia, as well as the general secretary of the association, Stanislav Zas, will take part in the talks.

The leaders of the CSTO member countries will exchange views on topical issues of the current situation in the region and the world, and discuss joint response measures to emerging diverse challenges and threats.

Recall that the first article of the treaty dated May 15, 1992 proclaimed the principle of the peaceful nature of interstate relations between the signatory countries: “The participating states reaffirm their obligation to refrain from the use of force or the threat of force in interstate relations.

They undertake to resolve all differences between themselves and with other states by peaceful means.

In addition, the signatory countries committed themselves not to enter into military alliances and not to “take part in any groupings” and actions directed against the states parties to the agreement.

The treaty also recorded the right of countries to collective self-defense in accordance with Article 51 of the UN Charter.

In particular, the document provides for the provision of immediate military assistance if a corresponding request has been received from the state against which aggressive steps have been taken.

In 1993, the Collective Security Treaty was signed by the leaders of Belarus, Georgia and Azerbaijan.

The five-year agreement entered into force in 1994.

In 1999, the heads of Russia, Belarus, Armenia, Kazakhstan, Kyrgyzstan and Tajikistan signed a protocol containing a rule on the automatic extension of the treaty.

Azerbaijan and Georgia abstained, while Uzbekistan suspended its participation in the agreement.

Seven years later, Tashkent joined the union of six post-Soviet countries, but left it again in 2012.

Important events in the field of legal and institutional development of the military-political bloc took place in 2002.

So, on May 14, the Collective Security Treaty received the status of an international regional organization, and on October 7, the CSTO Charter was adopted.

The document determined the organizational structure of the union.

The Collective Security Council, which included the heads of state, was proclaimed the supreme body of the CSTO.

According to the charter, the CSTO budget is formed from the share contributions of the participants and cannot be in deficit.

Also in the military structure of the CSTO there are Collective Aviation Forces, which unite the formations of the army, security agencies and the Ministry of Emergency Situations of the member countries.

It is noteworthy that the charter does not restrict the entry into the organization of states outside the CIS.

As stated in the document, any country that shares its goals and principles can become a member of the union.

The CSTO is open to cooperation with other countries even without including them in the bloc.

Recently, China has shown interest in interacting with the organization.

In December 2021, the Chinese Foreign Ministry issued a communiqué expressing its readiness to "cooperate with Russia and the CSTO member states in a flexible and varied format in the interests of security and stability in the region."

According to experts, the CSTO members and Beijing share a similar understanding of current challenges and threats.

The materials of the organization say that thanks to the emergence of the association in a significant part of the Eurasian space, a "special trust system of interstate relations" was created.

Teachings and baptism of fire

According to experts interviewed by RT, the impetus for the development of the CSTO in the 21st century was primarily the unstable situation in Afghanistan, which provoked an increase in drug trafficking, the spread of cross-border crime and created a threat of aggression from illegal armed groups.

Recall that in the fall of 2001, the United States and its allies launched Operation Enduring Freedom in Afghanistan.

During it, the Taliban government* was overthrown, but it was not possible to completely eradicate this movement.

The Taliban retained control over part of the territory, continuing the armed struggle.

Afghanistan plunged into the chaos of constant clashes.

In 2021, the United States began to withdraw its troops, which marked a new phase of confrontation between government forces and militants.

As a result, power in Kabul was completely seized by the Taliban.

Last year, against the backdrop of an uncertain situation in Afghanistan, the CSTO members held a number of major exercises in Central Asia.

One of them is Frontier-2021, which took place in September in Kyrgyzstan at the Edelweiss training ground.

On these maneuvers, the units of the KSBR CAR worked out repulsing the attack of gangs.

According to the CSTO Joint Headquarters, several combat training events will also be held in Central Asia this year.

Anti-terrorist exercises "Frontier-2022" will be held in Tajikistan, and maneuvers "Indestructible Brotherhood - 2022" are planned in Kyrgyzstan, where the tasks of "post-conflict settlement in the crisis zone and the conduct of a peacekeeping operation" will be practiced.

Three major exercises this year should be held in Kazakhstan.

They will work out reconnaissance, logistical and command and staff tasks.

As Andrey Koshkin, a military political scientist, head of the department of political science and sociology of the Plekhanov Russian University of Economics, noted in a RT commentary, the exercises of the CSTO troops in Central Asia are of great importance for strengthening the security and stability of the region.

“Now the situation in Afghanistan as a whole has become more predictable, however, as the January events in Kazakhstan showed, the region is at high risk of sabotage and armed actions by local militants who, under the patronage of external forces, quite skillfully hide their aggressive aspirations,” Koshkin explained.

Recall that in early January 2022, against the background of a jump in hydrocarbon prices, mass protests broke out in several settlements of Kazakhstan, which quickly turned into pogroms and armed attacks on law enforcement officers.

The most violent clashes were observed in Alma-Ata.

In a short time, peacekeeping forces of the organization were transferred to the republic, which took under protection the strategically important objects of the country.

The Blue Helmets mission allowed the authorities to free up the resources of the army and police to suppress armed resistance.

In the second half of January, units of the CSTO MC left Kazakhstan, having received Tokayev's high praise.

The President of the republic stressed that without the help of the allies, the authorities risked completely losing control over Alma-Ata.

The operation in Kazakhstan was the first and only episode so far of the actual application of the principle of military assistance at the request of a country party to the treaty.

In a RT commentary, the head of the Bureau of Military-Political Analysis, Alexander Mikhailov, emphasized that the mechanisms existing in the CSTO make it possible to cope with many security threats.

At the same time, the expert considers it important to strengthen interaction between the participating countries.

“In Kazakhstan, the CSTO has shown itself to be a really working organization.

But there are a lot of problems in the post-Soviet space.

The CSTO can and should play a significant role in resolving them.

The bloc has a very great potential, and it needs to be realized by increasing the level of trust and interaction between members,” Mikhailov concluded.

The organization is under UN sanctions for terrorist activities