Pegasus gallops through Congress, leaving victims in its wake. Pedro Sánchez, however, looks the other way. The dismissal of Paz Esteban as head of the CNI is not a... 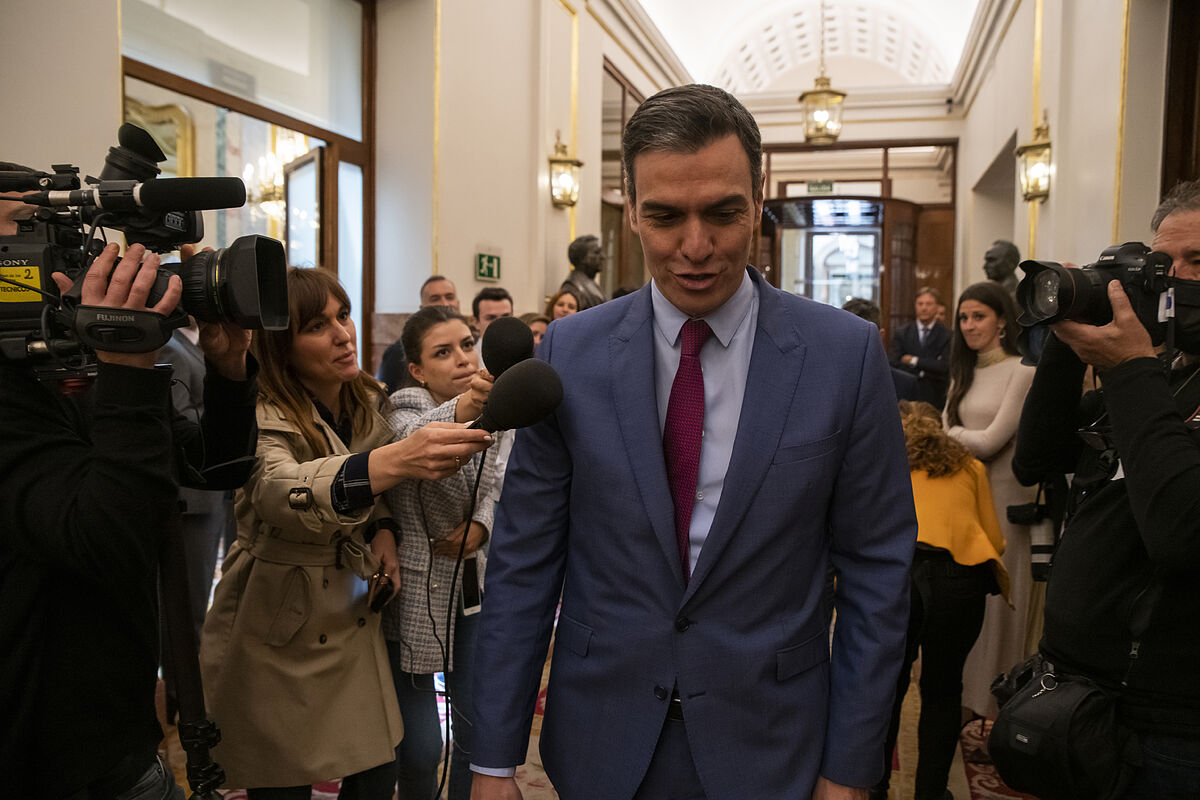 Pegasus gallops through Congress, leaving victims in its wake.

Pedro Sánchez, however, looks the other way.

The dismissal of Paz Esteban as head of the CNI is not an easy decision to explain, but in order to get around the difficulty, the Prime Minister puts on the suit of opposition to the opposition and, faced with the sharp criticism of the PP and Ciudadanos, takes cover by using the Gürtel and Kitchen cases, of the computers "broken with hammers" at the PP headquarters to cover up their cases of corruption and of the confrontation between the Rajoy government and the independence movement that unilaterally declared the independence of Catalonia.

With all this, the president has admitted that the sudden dismissal of the director of the intelligence services, Paz Esteban, until yesterday, was due to "a serious failure in the security of the Government's communications."

A ruling that has meant that the phones of the president himself, the Minister of Defense, Margarita Robles, and the Minister of the Interior, Fernando Grande Marlaska, were hacked.

And also, a failed attempt to spy on the head of Agriculture, Luis Planas.

A ruling that the Government has placed in the hands of Justice because, as Sánchez has said, it is not willing to "cover up a crime".

Sánchez has had to listen to very harsh reproaches from the opposition parties for the "path of institutional destruction" that he is leaving in his wake to "stay in power" no matter what the cost.

And to this the president has replied that his government, unlike what the PP did in its day, "is never going to use the forces of public order or the intelligence services to persecute political opponents outside the law".

The popular ones, through their parliamentary spokesperson, Cuca Gamarra, have stirred trying to show that Sánchez throws balls out and tries to ingratiate himself with the independentists by offering "on a platter the head of a servant of the State."

Thus, Gamarra has stressed that the president "represents the absolute degradation of politics" because he "cedes everything to the independence movement and makes it stronger."

"His partners," said the PP deputy, "do not choose him for his worth but for his weakness. The ERC and Bildu project involves maintaining a president who is willing to undermine the State of Straight".

Gamarra has predicted that when Sánchez leaves "he will leave not only a serious political crisis but also an institutional one."

The President of the Government has replied to the spokesperson for the Popular Party, assuring that "today the gangsters are not in the government, Spain has influence in Europe and the Constitution is fulfilled throughout the country."

For Sánchez, the problem lies in the fact that the country has "a right that is a disgrace for democracy."

And then he has insisted, in his face to face with the representative of Ciudadanos, Edmundo Bal, that he will exhaust the legislature and will do so with "stability."

The orange deputy of the reproached his disdain towards public servants "staining his name just for staying in power."

Bal has accused him of "immorality and indignity" for having left the former director of the CNI in the lurch "dragging her through the mud."

"You have no right to do that," the Cs deputy snapped, who was also a victim of those who "get in the way of ambition" of the president.

And he has predicted: "When you look back you will see the path of destruction that has been left in its wake."