After more than two weeks of silence following her defeat in the second round of the presidential election, Sunday April 24, 2022, Marine Le Pen is campaigning for the legislative elections of… 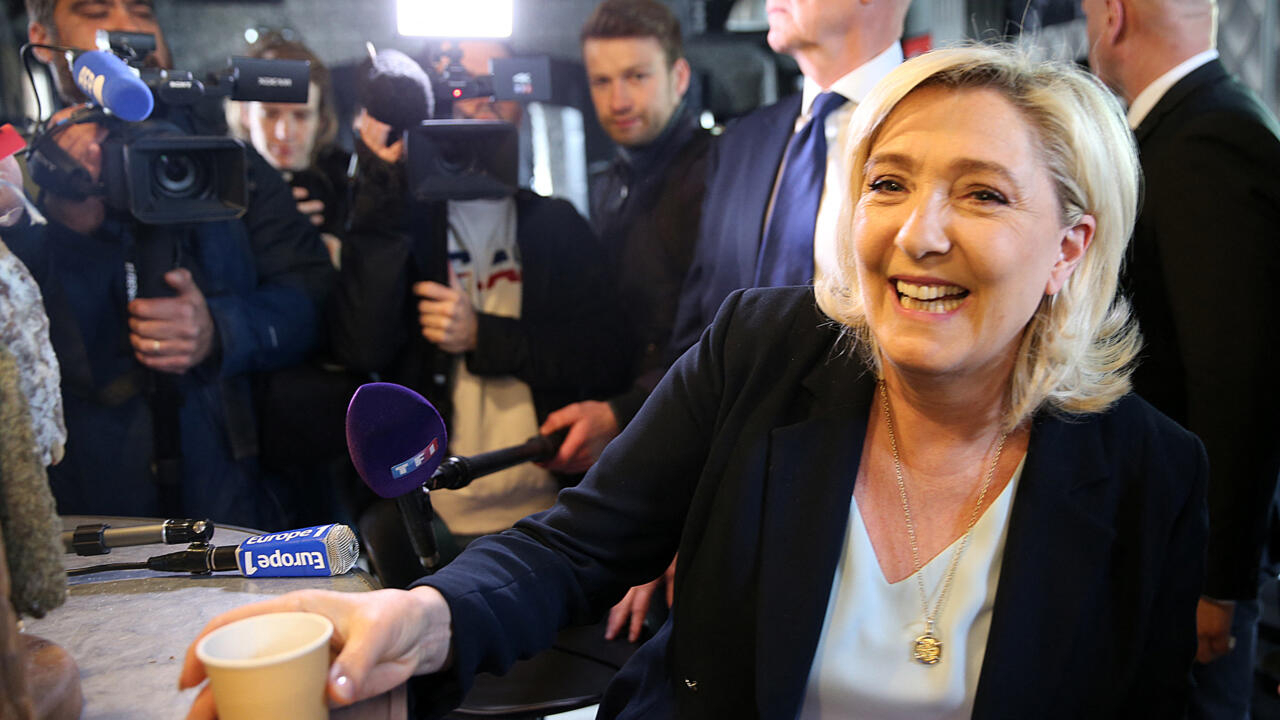 Marine Le Pen launches her party, Wednesday, May 11, in the battle of the legislative elections where the presidential finalist intends to consolidate her place as the first opponent to Emmanuel Macron, also claimed by Jean-Luc Mélenchon and his union of the left.

The far-right candidate had remained discreet since her failure in the presidential election against the outgoing president, where she gathered 41.5% of the vote in the second round.

>> To read: Legislative: kick-off of the electoral battle

She made her media comeback on Tuesday evening, on the eve of a press conference of the National Rally (RN) where Jordan Bardella, who replaces her at the head of the party until September, presents the strategy of the RN and the 577 candidates invested or supported by the party.

Tuesday evening on TF1, for her first interview since the election, Marine Le Pen seemed to consider that Emmanuel Macron would obtain a majority in the legislative elections of June 12 and 19.

And that "the real question" was "what opposition" the head of state would face him.

The French "have already chosen a little by putting me in the second round", she argued, and they "do not want this opposition" from the New Popular Ecological and Social Union (Nupes) led by Jean-Luc Mélenchon, who "will defend the burkini at the swimming pool", "regularize illegal immigrants", "increase taxes" or "disarm the police".

Marine Le Pen and the leader of the rebellious, third in the presidential election, are now vying for the place of first opponent to Emmanuel Macron.

A projection of the Institute OpinionWay published grants between 135 and 165 seats to the Nupes, and between 20 and 40 to the RN, the presidential majority obtaining between 310 and 350 seats.

“We will have to create the conditions for remobilization”

The MP for Pas-de-Calais is representing herself in Hénin-Beaumont, where she targeted Sunday Jean-Luc Mélenchon, described as "mad of the king", for having, according to her, favored the re-election of the outgoing president.

It is also for Marine Le Pen, who has just suffered her third failure in the presidential election, to re-motivate her troops.

>> To read: Legislative 2022: an alliance that marks a historic shift for the left

"We do not feel the people are very mobilized and we will have to create the conditions for remobilization", admits Louis Aliot, vice-president of the party.

But "even if people are disappointed, they want the system more than Marine Le Pen," tempers the former deputy campaign manager, Jean-Philippe Tanguy.

The RN intends to campaign, as in the presidential election, on purchasing power.

A theme that had allowed Marine Le Pen to relegate her controversial proposals on immigration and Islamism to the background.

📹 What Emmanuel #Macron wants to do will harm the working classes, the middle classes, all of this France who works and who is always paying without ever touching anything.

The RN hopes to form a group in the Assembly, which is possible from 15 deputies, despite a voting system – majority – unfavorable to the far-right party.

In the presidential election of 2017, Marine Le Pen had gathered 33.9% of the votes but had only obtained eight deputies (seven today, including one related).

No alliance with Eric Zemmour's party

The National Front (now RN) only once obtained a group between 1986 and 1988, with 35 deputies, thanks to proportional representation.

The RN argues this time that Marine Le Pen had exceeded 40% in 339 constituencies.

Yet the battle will be fought without an agreement with the Reconquest party!

of Éric Zemmour, who gathered 7.07% of the votes in the presidential election and will present 550 candidates.

Even Stanislas Rigault, leader of the Reconquest! youth movement, who was approached by Jordan Bardella, will face an RN candidate in the 2nd constituency of Vaucluse.

Laurent Jacobelli, spokesperson for the RN, guest of Mardi Politique

But "if you have 50% abstention, you have to get 25% of the votes cast [to access the second round]. This therefore implies alliances everywhere to be able to win", recalls the director of Ipsos Brice Teinturier.

The former president of the FN, Jean-Marie Le Pen, who had hesitated to support Éric Zemmour before preferring his daughter, regrets this absence of "agreement" and warns Reconquest of a possible "rout".

Jordan Bardella had castigated Éric Zemmour's "inconsistency" in criticizing Marine Le Pen and then "seeking her help to get elected".

"Do not think that I upset the RN. […] This union, they did not want it. That's how it is," defended Eric Zemmour on Sunday, who himself hesitates to get started.