Karnawal is the first feature-length fiction film by Argentinian Juan Pablo Felix. Filmed in the northwest of Argentina, at the foot of the mountain range, it features a young boy, Cabra, a dancer of… 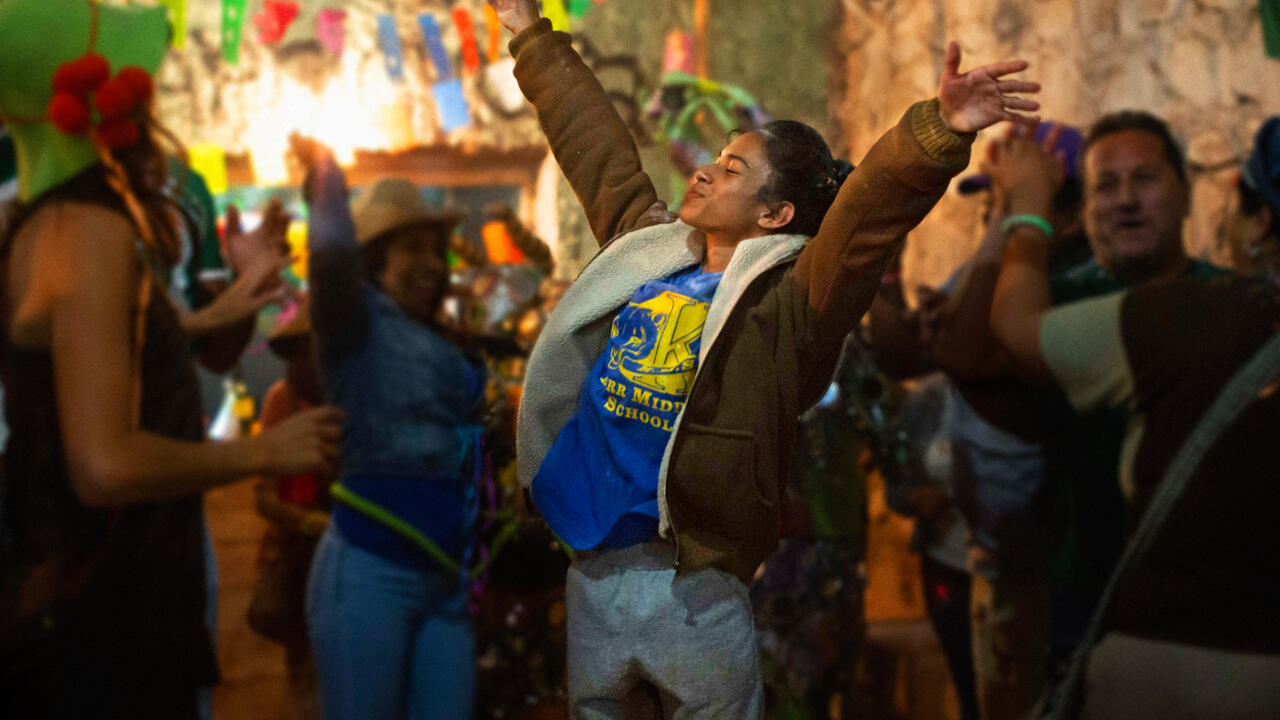 The film by Argentinian Juan Pablo Felix will be released in theaters in France on May 11, 2022: for Cabra, it is a question of freeing himself through dance, the malambo, typical of Argentinian folklore.

Filmed in the northwest of Argentina, at the foot of the mountain range, it features a young boy, Cabra, a Malambo dancer, who tries to defend his passion, his territory against the adult world.

Between initiation film, road movie and Andean thriller, Karnawal is released this Wednesday, May 11 on screens in France.

Cabra, a young teenager with long brown hair twisted in a bun, a fine and stubborn face, has the stubborn look and forehead of a young goat... He is a Malambo enthusiast.

This Argentine folk dance is exclusively practiced by men who perform to the rhythms of drums, tight waists, baggy pants and heeled boots, complicated passes with the feet, the

, so many figures to which the young Cabra tries out in front of her bedroom mirror.

Spectacular and rhythmic, this dance is very physical.

For the adolescent, at war with his mother and her new companion, against everyone in fact, it is a perfect outlet.

Karnawal, Argentinian film by Juan Pablo Felix: the character of Cabra is played by Martín Lopez Lacci, himself Malambo champion in real life.

Young Martín Lopez Lacci, himself a Malambo champion in real life, lends his fragility and energy to Cabra.

To get the money to buy the boots he will need for the big dance competition that is approaching, the young boy engages in shady dealings.

We are very close to the Bolivian border, a shady area of ​​trafficking of all kinds, from "real" Nikes to weapons, drugs or gasoline... The film - resulting from the co-production forum between Toulouse and San Sebastian, and discovered at Cinélatino - is also an opportunity to find the Chilean actor

Raul is released from prison and the family chronicle turns into a dark road movie.

The young Cabra - intrigued and sometimes seduced by this strange father - has all the difficulty in the world to make adults understand that what matters most to him is being on time for the competition which will allow him to take part in the malambo national final.

Will it get there?

This is the common thread of the film and the adventures of the scenario - well put together - make this meeting more and more improbable.

We are in the middle of carnival.

In the villages of the

where the film is shot, this fault that goes up from the north of Argentina to the Bolivian border, and in the Andean regions in general, it's a party.

Parades of masks with devil's horns, sequins, mirrors, shimmering costumes, shaving foam fights... it's an explosion of brass bands, music and colors and alcohol in these ocher adobe villages, which merge with the earth.

The carnival, like the dance, is also an outlet in these harsh and desolate landscapes where the family trio wanders in vain in search of a vehicle so that Cabra can arrive in time for his competition.

The camera, a naturalist, spares us the shots of this tourist region renowned for its colorful landscapes.

We are on another side, almost documentary at times.

Through dance, the young Cabra will free himself from his father, his mother and enter into the life of a man.

But a malambo dancer's feet must bleed.