Journalist Shireen Abu Akleh, one of the most famous of the pan-Arab television channel al-Jazeera, was killed on Wednesday morning by Israeli army fire while she was covering clashes… 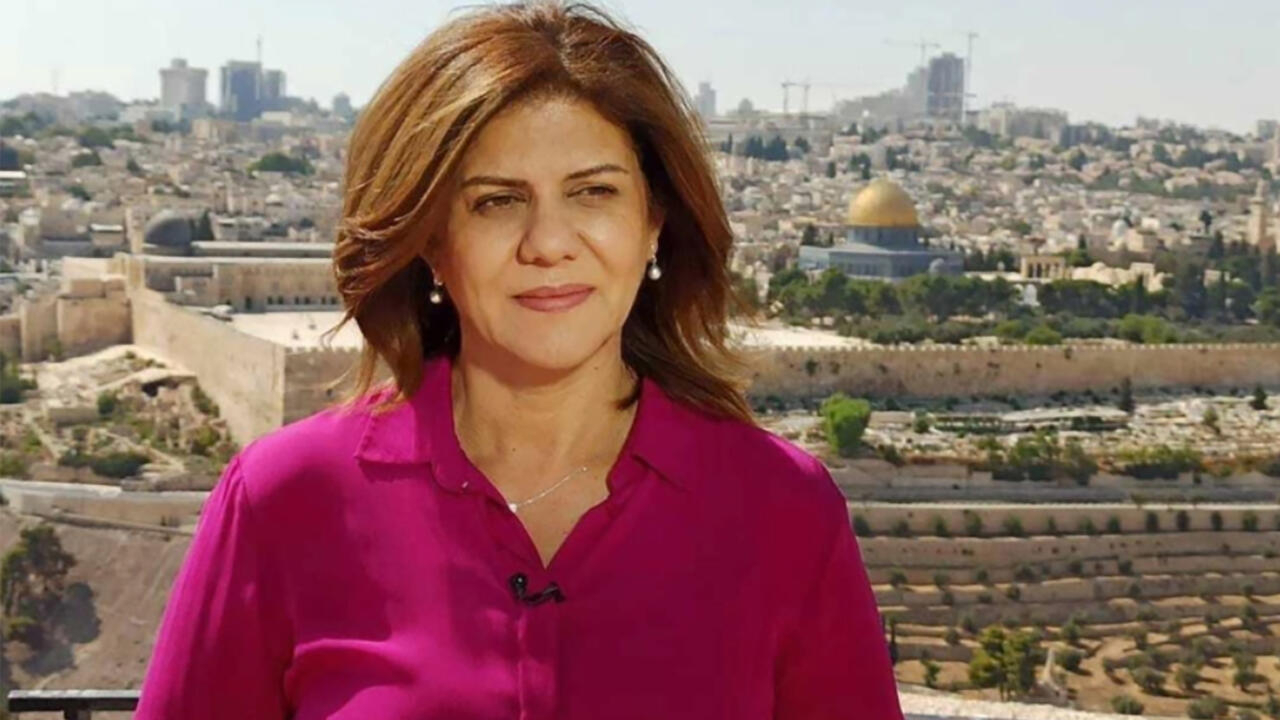 The Palestinian Ministry of Health and the al-Jazeera channel announced the death of this journalist by a shooting of the Israeli army during these clashes in Jenin, stronghold of the Palestinian armed factions in the north of the occupied West Bank.

An AFP photographer on the spot also reported the Israeli army shooting and saw the body of the reporter who was wearing a bulletproof vest on which the word "press" is written.

Palestinian, Christian and in her fifties, Shireen Abu Akleh had worked at "La Voix de la Palestine", Radio Monte-Carlo, before joining the al-Jazeera channel, where she became known through the Middle East for his reporting on the Israeli-Palestinian conflict.

Another journalist, Ali al-Samoudi, injured during these clashes, accused the Israeli army of having opened fire on the journalists.

"We were on our way to cover the army operation when they opened fire on us... One bullet hit me. The second bullet hit Shireen," he told AFP. his release from the hospital.

A bullet "in the face"

In a statement, al-Jazeera said Shireen Abu Akleh was killed "in cold blood" by Israeli forces.

"Al-Jazeera condemns this heinous crime, which aims to prevent the media from doing their job," said the Qatari channel, calling on the international community to "hold the Israeli occupation forces accountable for intentionally targeting and killed Shireen", who was shot "in the face" according to Qatari authorities.

The funeral of Palestinian al-Jazeera journalist Shireen Abu Akleh, killed in Jenin on May 11, 2022 in the occupied West Bank JAAFAR ASHTIYEH AFP

For its part, the Israeli army said in a statement that it had carried out operations in the Palestinian camp of Jenin in the past few hours, and other areas of the West Bank, in order "to apprehend people suspected of terrorism".

"During these counterterrorism activities in the Palestinian camp in Jenin, dozens of Palestinian gunmen opened fire and threw explosive objects at the Israeli forces, threatening their lives. The soldiers returned fire. People were injured." , the Israeli army said.

"The military is investigating these events and is considering the possibility that the journalists were hit by Palestinian gunmen," the statement added.

"The army does not target journalists," a military official told AFP.

Israeli soldiers during an operation in Rummanah, near Jenin, on May 8, 2022 in the occupied West Bank JAAFAR ASHTIYEH AFP/Archives

Israel has offered the Palestinians a "joint pathological investigation" into the "sad death of journalist" Shireen Abu Akleh, its Foreign Minister Yair Lapid said, while Palestinian President Mahmoud Abbas said in a statement that the " Israeli government bears full responsibility" for the journalist's death.

One year after Gaza

The death of journalist Shireen Abu Akleh comes almost a year to the day after the destruction of the Jalaa Tower, where the Qatari channel's offices were located in the Gaza Strip, in an Israeli airstrike in the midst of the war between the Palestinian Islamist movement Hamas and the Jewish state.

This 11-day war left 260 dead on the Palestinian side, including many combatants and children, and 14 deaths in Israel, including a soldier and two minors.

The body of journalist Shireen Abu Akleh killed by Israeli army fire, transported to Jenin hospital on May 11, 2022 in the occupied West Bank JAAFAR ASHTIYEH AFP

A year after the war in Gaza, tension remains between the Jewish state and Hamas.

On Wednesday, a Hamas official, Ghazi Hamad, accused Israeli forces of having "intentionally killed" the al-Jazeera journalist, which the army denied.

Since March 22, Israel has been the target of a series of attacks that have killed at least 18 people.

Two of his attacks were perpetrated by Israeli Arabs, and four of them by Palestinians, including three young people from Jenin, where the Israeli army has stepped up operations in recent weeks.

In the aftermath of these anti-Israeli attacks, thirty Palestinians, including assailants, were killed in incidents with the Israeli army.

In this context, clashes between Israeli police and Palestinians left nearly 300 injured on the esplanade of the Mosques, located in the Palestinian part of Jerusalem, occupied since 1967 by Israel.