The front door of the Blue House is wide open... Admission of 74 citizens holding plum blossoms 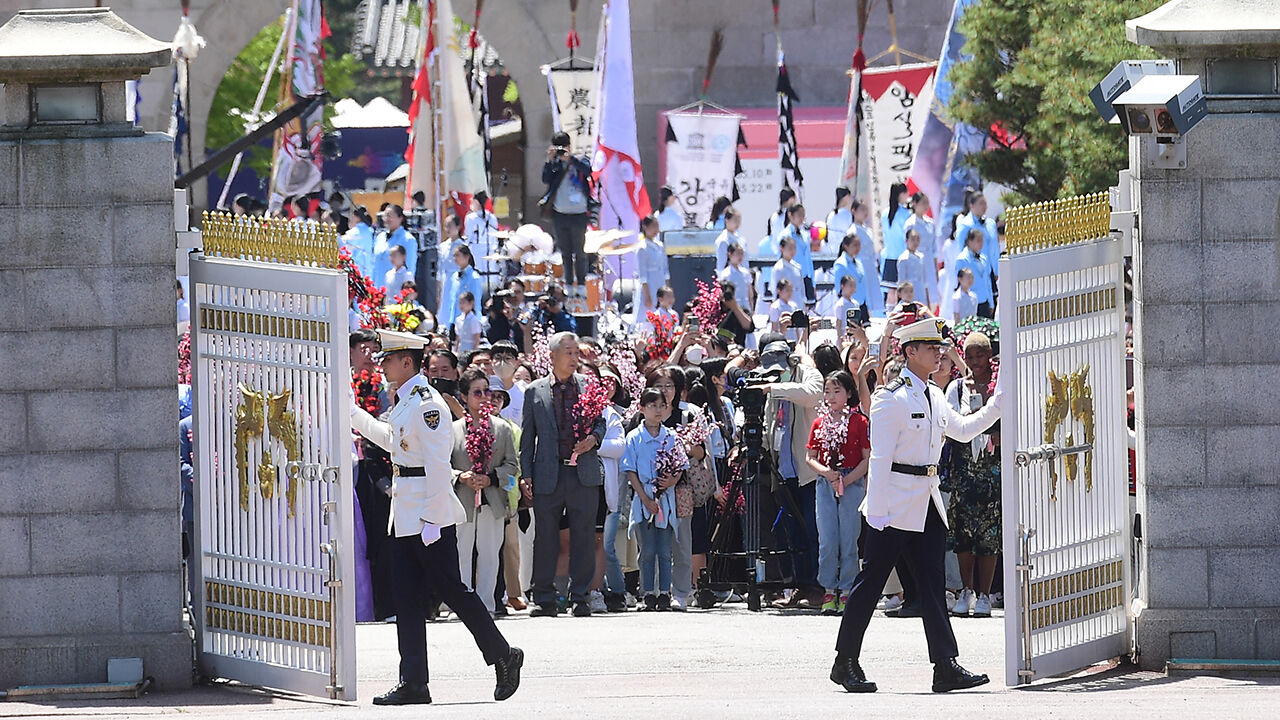 I will come back to see the Blue House, which has returned to the people's arms after 74 years.

At the same time as the presidential inauguration a while ago, the Blue House was fully opened.

Let's connect a reporter to see what the scene is like.

Reporter Hyung-an Son Please tell us about the atmosphere there.

Today (10th) around noon, when the main gate of the Blue House opened and the Blue House returned to the people's arms after 74 years, the atmosphere here was as lively as a festival site.

Citizens to visit the Blue House grounds are not stopping.

It is easy to find citizens taking commemorative photos on this historic day.

What the 74 people symbolize is that the Blue House has been opened for the first time in 74 years since the founding of the Republic of Korea, and the plum blossoms they hold in their hands mean that the president's promise to return the Blue House to the people before spring has been fulfilled.

Inside the Blue House, various attractions such as tightrope walking, nongak, and fusion music performances are held.

When the Blue House tour begins, citizens will be able to walk around the grounds and manage the main building where the former president held official offices, Sangchunjae, a traditional Korean-style house used to receive foreign guests, and the Green Garden, which is said to be the most beautiful in the Blue House.

However, the opening of the inside of the building has been temporarily delayed for reasons such as cleaning up facilities.

It is expected that it will take about an hour and a half to two hours to see the entire Cheongwadae area.

At the same time, the hiking trail leading to the Blue House grounds and Mt. Bukak was open to the public from 7 am.