Lacroix: After Moscow abandoned him, Assad reassured his relationship with Iran 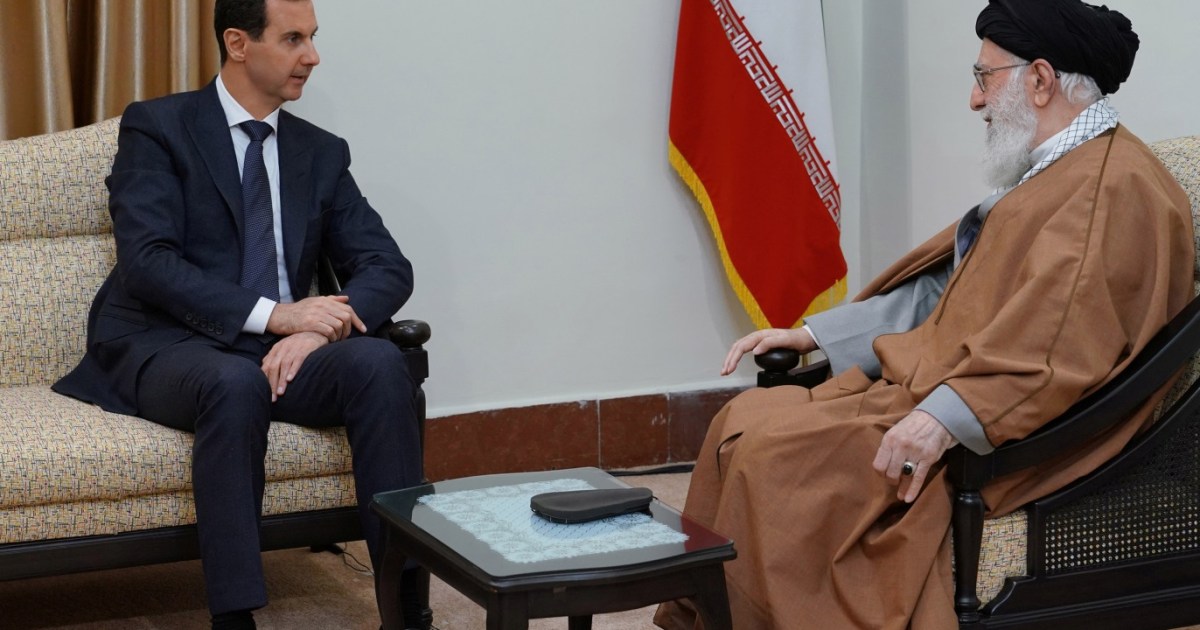 The French newspaper "La Croix" (La Croix) said that Syrian President Bashar al-Assad met Iranian Supreme Leader Ali Khamenei and President Ibrahim Raisi in Tehran last Sunday, in a surprise visit in order to strengthen relations between the two allies, at a time when Moscow - which represents the godfather The other is for Damascus - militarily stuck in its war with Ukraine.

And in a report by Julie Konan, the newspaper explained that pictures of the sudden meeting were widely spread by the Supreme Leader’s apparatus and the Iranian media, and showed Bashar al-Assad alongside his Iranian counterpart while talking with Khamenei, on his first visit since February 2019, in which he was accompanied by him. The powerful general at the time, Qassem Soleimani, who was killed by the Americans months later.

Khamenei described the relations between the two countries - as the correspondent says - as "vital", and said in a statement posted on his website, "We must not let them weaken and we must support them as much as possible," explaining that Syria today is not what it was before the war, and that "its respect and prestige are greater than before." before", and that everyone views it as a force, after Assad consolidated his authority over it thanks to the billions of dollars in aid sent by Tehran and thousands of "volunteers" under the supervision of the Revolutionary Guards to defeat the rebels and jihadists.

The writer pointed out that Iran is determined to keep Syria in its fold, at a time when Gulf states such as the UAE aspire to reintegrate it into the Arab League in order to balance Tehran's power.

For Assad, this visit comes at a time when the balance of power is changing, and Damascus needs enhanced economic support, after Russia, its other main sponsor, in which it has invested militarily since 2015, was forced to reset its commitment, and declared from the early hours of the war in Ukraine that it would not meet By delivering wheat to the areas controlled by the Damascus regime, where 90% of the Syrian people live in extreme poverty, two-thirds of whom are in need of humanitarian assistance.

According to an analysis published by the German Institute for International and Security Affairs, Iran intends to exploit the vacuum left by Russia, and hopes that "the economic challenges due to Western economic sanctions on Russia and the possibility of lifting sanctions on Tehran with the return to the nuclear agreement, can give it more freedom in an economy." After the war in Syria.

Indeed, Moscow has begun adapting its military presence in Syria and redeploying its paramilitary forces, and even withdrawing its forces - as the "Moscow Times" newspaper claims - to transfer them to the Ukrainian front, at a time when Israeli media believe that the evacuated bases will be handed over to the Iranian Revolutionary Guards and Hezbollah. Lebanese God.

Whether the information is correct or not - as the German Institute's analysis says - Iran has already changed its policy towards Syria in this regard, and "it seems that Tehran sees Moscow's interest in Ukraine as an opportunity to increase its influence in Syria, both quantitatively and qualitatively."