Drivers complained that some vehicle drivers did not use the vehicle’s rear light signals while changing direction or adjusting the lane, and making a sudden turn, which confuses the movement of vehicles coming from behind, and may lead to collisions from behind.For its part, Abu Dhabi Police called 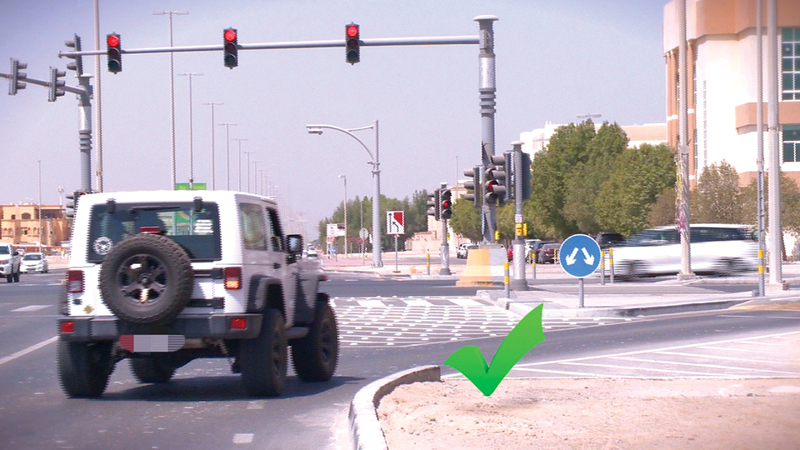 Including a sudden turn and change of lane

Police called on drivers to use signals to alert people from behind.

Drivers have complained that some vehicle drivers do not use the vehicle’s rear light signals while changing direction or adjusting the lane, and making a sudden turn, which confuses the movement of vehicles coming from behind, and may lead to collisions from behind.

For its part, Abu Dhabi Police called on drivers to be careful to use the vehicle signals in the event of slowing down or changing the direction of the vehicle’s path, or alerting other drivers to the presence of something emergency on the road using the four warning signs, because of their importance in preventing traffic accidents, as the language of the road between drivers .

Drivers Mustafa Ahmed, Neha Sami, and Khaled Amer, told Emirates Today, the importance of enhancing traffic awareness among drivers, and the need to use traffic lights when changing direction, as some suddenly reduce the speed of their vehicle, turning right or left, without warning from behind him that he intends to change direction, which could cause accidents from behind.

And they monitored several accidents during the past years, against the background of the driver not using the vehicle's signals, including those that occur at light intersections, where some drivers suddenly stop at the traffic lights, causing accidents from behind.

The Traffic and Patrols Directorate of Abu Dhabi Police stated that changing the direction of the vehicle without the driver using signals, whether from right to left and vice versa, or when turning, distracts the driver behind him or who is driving his vehicle in a parallel path to it, which leads to a collision, especially in The condition of driving at speed, and the driver's inability to avoid the vehicle in front of him.

She called on drivers to check their vehicle signals and ensure that they are operating efficiently, noting that a violation of the invalidity of the directional change signals will result in a fine of up to 400 dirhams, and two traffic points.

Ministerial Resolution (178) of 2017 regarding traffic control rules and procedures in Article 59 obligates the driver to take into account that his vehicle does not endanger others, and he must clearly and at an appropriate time announce his desire to change the vehicle’s itinerary, and use the necessary signals, when leaving the vehicle. A lane of traffic, entering this line, changing direction to the right or left, turning right or left to enter or exit a side road or adjacent to the road, or turn or reverse.

The Abu Dhabi Police Traffic and Patrols Directorate called on drivers to ensure that they can change the direction of the vehicle without endangering the driver himself or others, and to take into account the conditions, directions and speeds of the rest of the road users, and to announce his intention before making a change in his route with a sufficient period and distance, by The hand signal or direction signals in his vehicle, and the warning issued by the signal continues during the movement, and he should approach as much as possible the right edge of the road river, if he is turning to another road located on his right.

She added that the driver should get as close as possible to the axis of the river on the two-way road, if he is going to move to another road located on his left. On the other hand, let it pass first.