Bitcoin, the main cryptocurrency, saw its gains of the past few months evaporate in May and its price briefly fell below $30,000 on Tuesday as investors fled risky assets in… 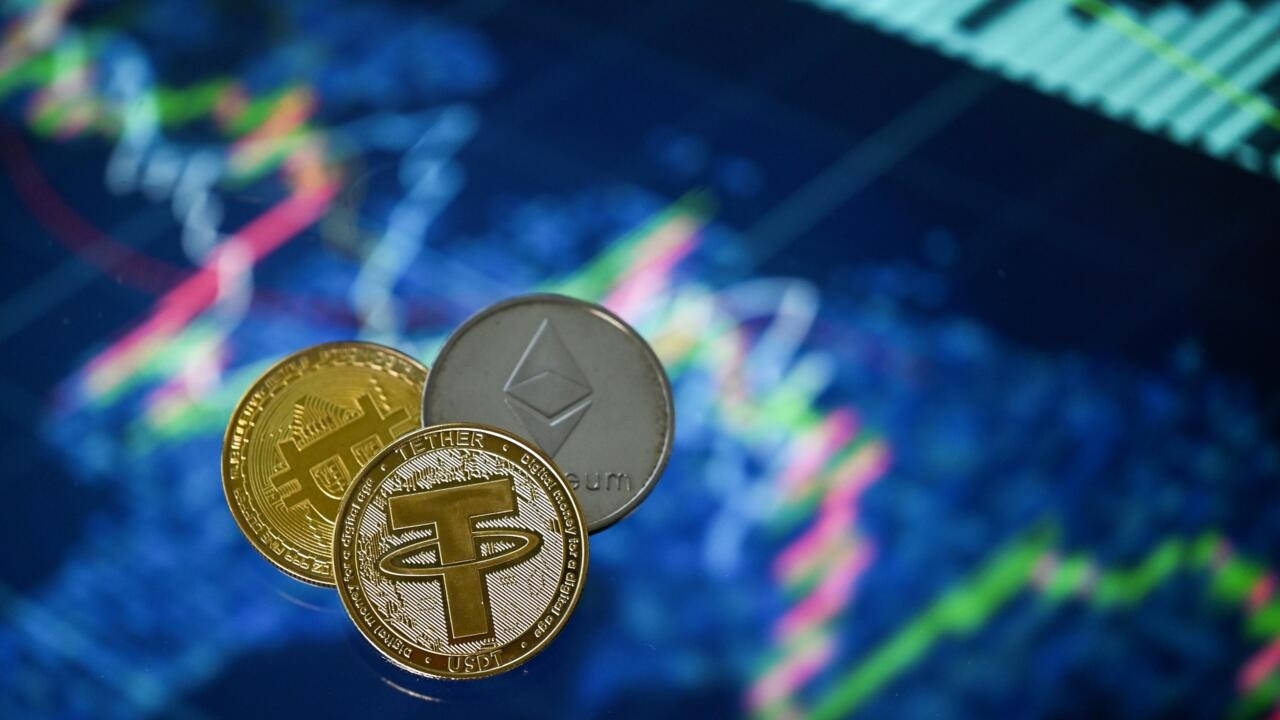 A slump that means the vast majority of funds and people holding bitcoins purchased last year are currently experiencing losses.

The other cryptocurrencies are no better: the total market is valued at just over 1.500 billion dollars, against 3.000 billion at its highest, according to data from the Coingecko site, which lists more than 13,000 cryptocurrencies.

The sector's setbacks are linked to the increased caution of investors, worried by the war in Ukraine, the confinements in China and the tightening of monetary policy in the United States.

As a result, they are abandoning the stock markets, and especially the shares of technology companies, whose performance had been boosted by the easy money of accommodating monetary policies during the pandemic, and by bets on long-term growth.

However, "the correlation of bitcoin with the Nasdaq", an American stock market index with a strong technological tone, "is at its highest", note the specialist analysts of the Kaiko blockchain.

However, it is difficult to say in which direction bitcoin will evolve, as the volatility of cryptoassets has been proven.

In 2021, bitcoin temporarily fell below the $30,000 threshold twice, in June and July, before rising again to hit its all-time high a few months later, in November.

And despite a less impressive year 2022 in terms of prices, some players in the sector are seeking to come into line with the increasingly demanding authorities.

One of the largest trading platforms, Binance, obtained authorization to operate in France from the Autorité des marchés financiers (AMF) in early May.

In the United States, the stock market watchdog (Securities and Exchange Commission, SEC) has announced that it is strengthening its team responsible for regulating cryptocurrencies.

A sign of the importance taken by cryptocurrencies in the last two years, two countries, El Salvador and the Central African Republic, have even taken up the challenge of adopting bitcoin as their official currency, despite strong criticism from international financial institutes.

If the Central African project is still at the draft stage, the President of El Salvador Nayib Bukele proudly announced on Monday on Twitter that "El Salvador has bought the hollow" by adding 500 bitcoins to its bottom, adopting the vocabulary of stockbrokers who see in the investment opportunity price drops.

But since its inception in 2009, cryptocurrency has existed in an ultra-low rate environment.

The US Federal Reserve (Fed) has instead signaled in recent months that its recent rate hikes would be renewed to stem inflation.

"Temporary bounces are possible, but as long as government bond yields are up and the dollar is rising" due to the Fed's determination, "even steeper declines are the main risk" for cryptocurrencies, warns Fawad Razaqzada, analyst at City Index.