An Iranian official to Al Jazeera: 90% of the issues have been agreed upon in the Vienna nuclear negotiations, and progress depends on the seriousness of the United States

An Iranian official told Al Jazeera that 90% of the issues were agreed upon in the Vienna nuclear negotiations, and that achieving the agreement depends on the seriousness and goodwill of America, and the European Union envoy said that he continues to work to bridge the remaining gaps. 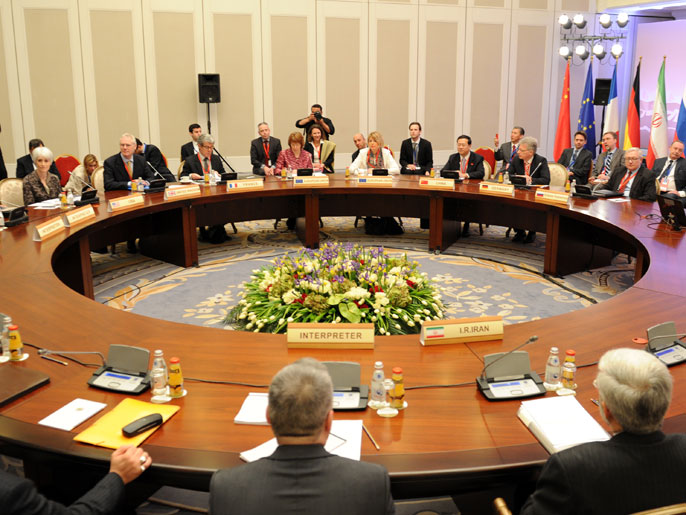 An Iranian official told Al Jazeera that more than 90% of the issues were verbally agreed upon during the Vienna negotiations, but that did not turn into a written agreement, and the Iranian official added that executive guarantees are the most prominent sticking points with Washington in the nuclear negotiations, noting that 6 issues constitute the core of the main differences. With the United States in the nuclear negotiations.

In statements to Al-Jazeera, the Iranian official stressed that achieving the agreement depends on the seriousness and goodwill of America.

Mora said in statements before his arrival that he will discuss in Tehran with the chief negotiator and other officials the Vienna negotiations and other issues, adding that he continues to work to bridge the remaining gaps in the negotiations of the nuclear agreement.

Iranian Foreign Ministry spokesman Saeed Khatibzadeh had expressed optimism about the European envoy's visit, and considered it an important step in the right path and constructive consultations.

Zadeh added that "Mr. Mora's visit makes the negotiations progress in the right direction," but that "does not mean that he carries a new message after the negotiations stopped, because messages are constantly exchanged between Iran and the United States through the European Union."

This coincided with statements by US State Department spokesman Ned Price, in which he expressed his hope that the negotiations with Iran will end quickly, and said that Washington still believes that the agreement is the best way to contain the Iranian nuclear program.

On the other hand, the Director-General of the International Atomic Energy Agency (IAEA), Rafael Grossi, warned Tuesday that talks are stalled over Iran's nuclear program and the opportunity may be missed at any time, but he still hopes for an agreement between Iran and world powers to revive the 2015 nuclear deal.

Grossi indicated, during his conversation with committees in the European Parliament, that he warned Tehran not to be sufficiently transparent about its nuclear activities, explaining that in the past few months his agency was able to identify traces of enriched uranium in places that Iran has never declared as places where any activity is taking place.

More than a year ago, Iran and the powers included in the 2015 agreement (France, Britain, Germany, Russia and China) began talks in Vienna in which the United States indirectly participated, which unilaterally withdrew from the agreement in 2018 under former President Donald Trump.

Talks about the Iranian nuclear file stopped last March, for several reasons, most notably Tehran's insistence that Washington remove the Iranian Revolutionary Guard from the list of foreign terrorist organizations.