‘No. 1 Approval’ is the Prime Minister’s Appointment Agreement… Inaugurated as a half cabinet

After the inauguration ceremony yesterday morning, President Yoon Seok-yeol made his first payment at the Yongsan office where we are. President Yoon's 'No. 1 Approval' was a motion to appoint Prime Minister Han Deok-soo to be sent to the National Assembly. 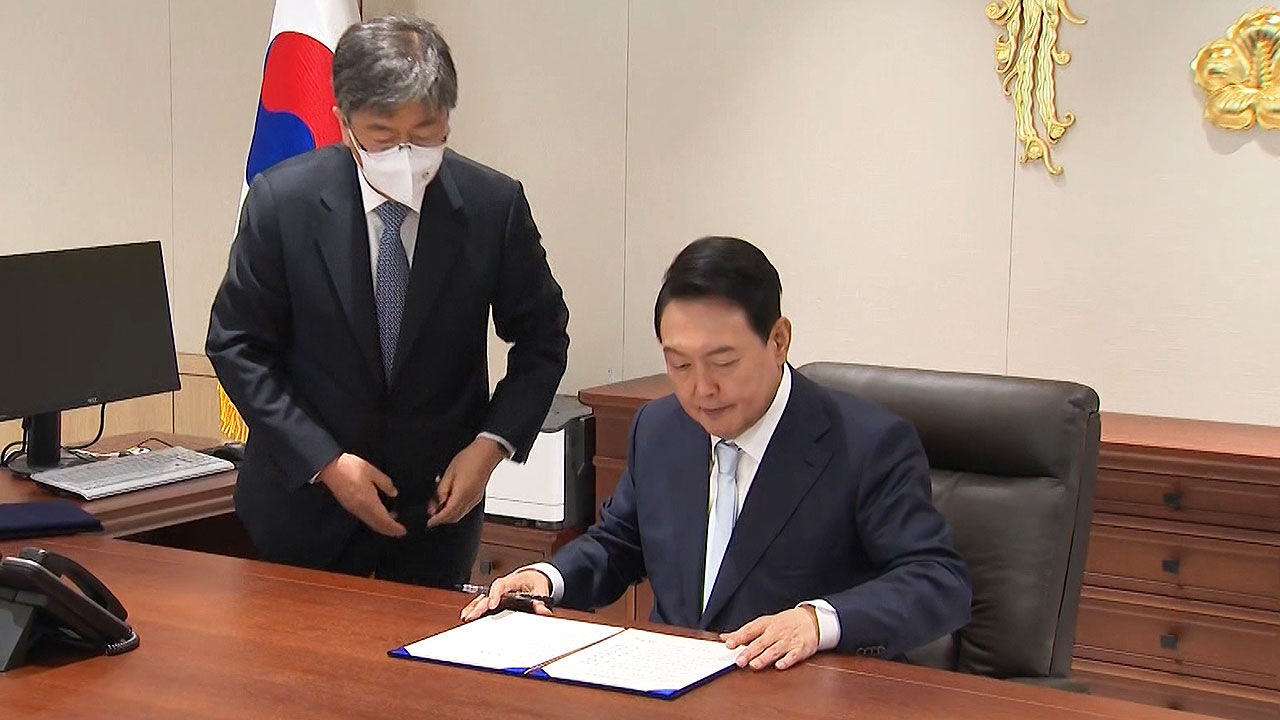 President Yoon Seok-yeol finished his inauguration ceremony in the morning of yesterday (10th) and made his first payment at the Yongsan office where we are.

President Yoon's 'No. 1 Approval' was a motion to appoint Prime Minister Han Deok-soo to be sent to the National Assembly.

President Yoon also appointed 7 ministers, including Minister of Strategy and Finance Choo Kyung-ho, but as the Prime Minister's approval was delayed at the National Assembly, the Yun Seok-yeol government was launched as a 'half cabinet'.

After his inauguration ceremony, President Yoon Seok-yeol arrived at his office in Yongsan, Seoul, and approved the motion for appointment of Prime Minister Han Deok-soo to the National Assembly.

The National Assembly must hold a plenary session and vote within 20 days after the motion for appointment is received, but the date of the plenary session is still in the fog.

The People's Power, which became the ruling party, urged the opening of the plenary session as soon as possible, but the Democratic Party only stated a principled position, saying that the plenary session would be scheduled according to the set laws.

Prime Minister Kim Bu-gyeom exercised the right to propose appointments among the persons whose personnel hearing report was adopted by the National Assembly.

But the seven new government members of the State Council are still not enough to meet the quorum for the first State Council meeting scheduled for tomorrow.

At the request of Deputy Prime Minister Choo Kyung-ho, who will act as the prime minister, President Yoon may appoint five additional candidates as ministers who have passed the deadline for re-sending the hearing report, but this is still less than the 15-member quorum of the State Council under the Constitution.

For this reason, there is a high possibility that the first cabinet meeting will produce an awkward scene in which former and current government officials are present together.

In the Yoon Seok-yeol administration, which was launched as a 'half cabinet', the ministries for which no new ministers have been appointed are expected to be operated as vice-ministers for the time being.