Vehicles of fire..The occupation army launches the largest comprehensive maneuver in its history, and the Palestinian Authority warns of the continuation of Israeli aggression

Israel launched the largest comprehensive military maneuver in its history, under the name of “chariots of fire,” which lasts for an entire month, in which all arms of the army participate, while Palestinian security forces prevented Israeli military patrols from entering Hebron. 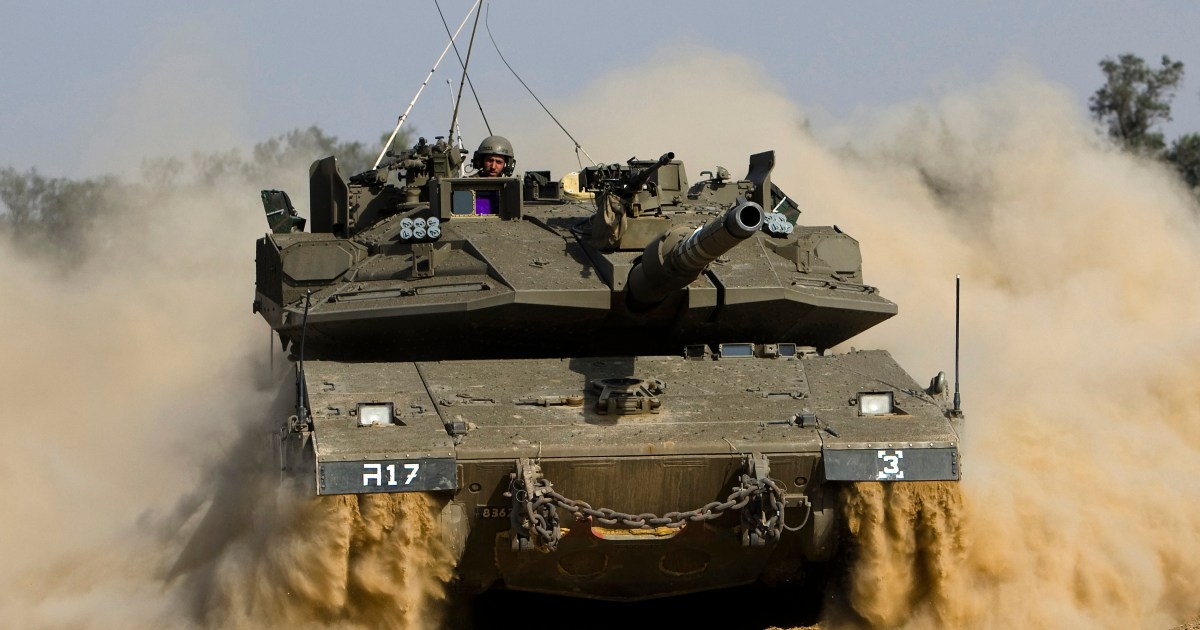 The Israeli occupation army launched the largest comprehensive military maneuvers in its history, under the name of "chariots of fire", which lasts for a whole month, in which all arms of the army participate, on land, sea and air, and includes regular and reserve soldiers, while Palestinian security forces prevented military patrols of the occupation army. The Israeli incursion into the heart of the city of Hebron on Monday afternoon.

The 4-week training will simulate a multi-front and dimensional war against Israel's enemies in the air, sea, land and cyberspace.

These maneuvers were postponed last year, due to the outbreak of the war on the Gaza Strip;

At that time, the army command was forced to stop the maneuvers a day before their launch.

The Israeli occupation army said - in a statement - that the goal of the maneuvers is to raise its readiness for any scenario, and prepare it for a long-term battle.

He added that Chief of Staff Aviv Kohavi had set the required objectives of the maneuvers;

It is to enhance the readiness for war on both the offensive and defensive levels, and to draw lessons from the recent war on the Gaza Strip.

For his part, Israeli Foreign Minister Yair Lapid said that Israel today has a primary task, which is to strike terrorism and pursue anyone who wants to harm the Israelis, as he described it.

In turn, Israeli Finance Minister Avigdor Lieberman said that what he described as the rules of the game must be changed regarding the leaders of Hamas, and that it is not possible to accept a reality in which they are allowed to enjoy impunity in Gaza, and they continue to incite the implementation of operations in the West Bank and inside Israel, as he put it.

He said that Hamas leaders obtained this immunity with a pledge from former Prime Minister Benjamin Netanyahu in 2014, with the end of Operation Protective Edge, and with Egyptian mediation, as they refused a ceasefire while the assassinations continued.

On the other hand, the Palestinian Foreign Ministry said that the crimes of the occupation and settlers are colonial attempts to blur the political nature of the conflict.

She added - in a statement - that the occupation is deliberately raising the level of security concern, to give the international community the impression that the problem is security, while it is deliberately inflaming the situation, by escalating repression and abuse of Palestinian citizens.

The Foreign Ministry held the Israeli government headed by the extremist Bennett, as it put it, responsible for the crimes of its forces and settlers, stressing that the Palestinian people are victims of double international standards, and the failure of the UN Security Council to assume its responsibilities, as the statement put it.

In the same context, Palestinian security forces prevented military patrols of the Israeli occupation army from entering the heart of Hebron city at noon today, Monday, as they closed the street in front of Israeli military vehicles, and prevented them from continuing their way deep into the areas under the control of the Palestinian Authority described as “H1” ( H1), according to the annexes of the Oslo Accords.

The Palestinian Minister of Justice, Muhammad al-Shalaldeh, called on the United Nations, the Security Council and the international community to provide protection for the Palestinian people, stressing their legitimate right to resist the occupation and determine their destiny, in accordance with international legitimate resolutions.

Shalaldeh said, in a press conference, that the Palestinian people are exposed daily to violations, which he described as grave, by the occupation, in addition to a flagrant violation of international rules, humanitarian laws and human rights.

The Palestinian Authority’s Minister of Jerusalem Affairs, Fadi Al-Hadmi, also condemned the statements of the Israeli Prime Minister regarding Al-Aqsa Mosque, considering them a dangerous escalation, and a unilateral declaration to end the historical and legal situation in Al-Aqsa Mosque.

Al-Hedmi affirmed that these statements constitute an explicit declaration against the Jordanian Hashemite guardianship over Islamic and Christian holy sites in Jerusalem.

He added that Bennett's statements refute all allegations made by his government that it did not intend to change the status quo at Al-Aqsa.

On the other hand, the Islamic Jihad mourned the martyrs Mahmoud Sami Aram and Mutasim Muhammad Atallah, and demanded - in a statement - to move in a serious and real way to confront challenges and conspiracies, and to clash with the occupation forces and settlers at the points of contact.

The "Prisoners' Committee" of the national and Islamic forces in the Gaza Strip organized a solidarity stand with the prisoners on hunger strike in the Israeli occupation prisons.

The participants in the vigil, in front of the headquarters of the Red Cross in western Gaza, raised pictures of the striking prisoners, calling on international and human rights institutions to move quickly to save their lives before it is too late.

The participants also condemned the policy of administrative detention, and the violations practiced by the occupation authorities against Palestinian prisoners.

Today, Monday, Palestinian students in the Gaza Strip participated in a march, rejecting calls by Israeli media and politicians, to assassinate the leader of the Islamic Resistance Movement Hamas in Gaza, Yahya Sinwar.

The participants in the march, which was organized by the Islamic Bloc (the student arm of Hamas), hung a large banner in front of Sinwar's office in Gaza with the inscriptions, "Our sanctities are a red line, and the assassination of leaders is a red line."

In parallel with these developments, the Palestinian Ministry of Health said today, Monday, that the Israeli army has killed 50 civilians in the West Bank and Gaza Strip since the beginning of this year, according to a report issued by the Ministry’s General Department of Emergency.

The Israeli authorities did not issue a comment on what was reported by the Palestinian Ministry of Health.

By comparing the data of the Ministry of Health, with a previous outcome of the Palestinian National Information Center (governmental) for the same period last year 2021, it becomes clear that the number of Palestinian deaths has increased significantly.

According to the center's data, published on its website, the Israeli army killed 14 Palestinians from the beginning of 2021 until the ninth of May of the same year.

And last December, the (official) Israeli Broadcasting Corporation said that the army allowed its soldiers to shoot at Palestinians who throw stones and Molotov cocktails, even after they had finished throwing them, and while the young men were withdrawing from the place, that is, without posing a threat to the soldiers. .

At the time, the Israeli human rights organization B'Tselem said that fatal shootings are used (by Israeli forces) as a semi-routine procedure, not only in special circumstances, such as the presence of an imminent and real danger to life that cannot be avoided by other means.