Tolerance or compulsion... A controversy over the concession of the families of the victims of the son of a businessman in Egypt

Pardon and concession or pressure and coercion, this is how the pioneers of communication sites in Egypt argued, after the families of the victims of a traffic accident announced reconciliation with the family of the accused - the son of a famous businessman - who killed 4 students, 3 of whom were children. 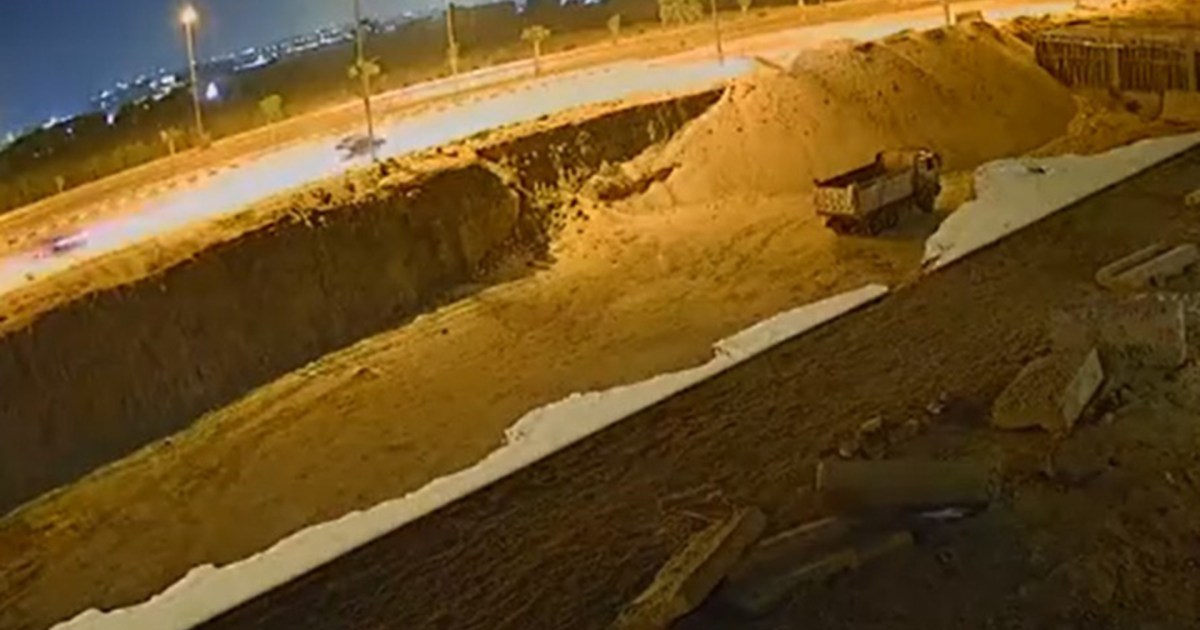 Amnesty and concession or pressure and compulsion, this is how the pioneers of social networking sites in Egypt argued, after the families of the victims of a traffic accident announced reconciliation with the family of the accused - the son of a famous businessman - who killed 4 students - 3 of them children - and caused a sensation.

While a number of social media pioneers announced their anger at the families’ reconciliation - especially after their long affirmation of their refusal to reconcile and their constant demand for just retribution and the return of rights to their children - another group considered that the continuation of the feud will not bring back the dead, praising the position of families and their acceptance of reconciliation with blood money.

The Giza Criminal Court decided, on Saturday, to reserve the case for the next session of June 4, in the case in which Karim, son of businessman Mohamed El-Hawary, is accused of mistakenly killing 4 students in a collision, possessing and using narcotics, and speeding.

Behind the scenes of reconciliation

"Cairo 24" website revealed the scenes of the families' sessions with the businessman, the father of the accused, which began early on the father's side with the advice of a senior lawyer, as the father sought throughout the previous period to win the affection of family members, and pushed them to give up the case.

According to the website, the defense team confirmed that reconciliation will be the most important way out for the son of the businessman, and if he succeeds, the punishment will be reduced, and indeed he succeeded in this matter with 3 of the families of the victims, but the matter was disrupted after the rejection of the family of a young man from the victims, so that the defense began to convince them to reconcile from order to end the case.

The website claimed that the families of the three victims received sums of money that amounted to more than two million Egyptian pounds for each family, while the last family alone received 6 million pounds, while the family’s lawyer said that the reconciliation took place without his knowledge, and the family insisted on refusing, according to what he said. .

Did the families of the victims take most of the blood money ah?

Do you know their circumstances to judge them?!

.. do not judge them .. they can be upset with them and against them and the distorted values ​​that this kind of concessions perpetuate

The families of the victims of the collision that killed 4 people, 3 of them children, in Sheikh Zayed City, reconciled with the accused, and dropped the case

Okay, we won't be distracted again, and we won't be sad, nor will we get upset. #Karim_Al-Hawari wins 👎@magyalitahon233 pic.twitter.com/vwrrWxVmZo

The state of anger was the most prevalent among the pioneers of the communication sites in their comment on the incident, and the accused and the families of the victims shared their share of this anger, as some blamed the families, especially after their repeated assertion of their refusal to reconcile with the killer and their constant demand for just retribution and the return of rights to their children whom they considered victims "The indiscretion of a rich young man."

Others expressed their anger at the loss of the right of the children killed by pressure from the money of the dead man and his father, according to their claim, denouncing that whoever has the money can do what he wants and then pressure the victims to reconcile. the past.

On the other hand, others demanded not to put pressure on the families of the victims, noting that they are more knowledgeable in the details and more able to make the right decision, and what happened with the loss of their children in the accident is sufficient for them.

Tweeters considered that reconciliation is a good thing, and there is no blame on those who reconcile even if they take the money, citing the ruling on paying the blood money approved by Islamic Sharia.

The families of the victims of the #Sheikh_Zayed accident abandoned the case after the reconciliation, so that the trial of #Karim_Al-Hawari for the felony of drug, intoxicant and driving remains under its influence!

With a stay of execution on the murder charge

The owner of the shark is a hunter.. and the language of money has prevailed!

But there is no right to be lost with our Lord.. Market, Karim and Dos, as long as Papa's money is present pic.twitter.com/vLimbR6JWz

They preferred to follow the families of the young people until they took the case!!

How can someone like this get his innocence, how can you, Jadaan!!

After the accident of #Karim_Al-Hawary, and before him, the son of Kamel Abu Ali, the billionaire of Hurghada, who came out innocent with his consent after killing his engineer in his car, who was walking in reverse while he drank alcohol. #Innocence #Alosia pic.twitter.com/kF07Fh2LNx

#Karim_Al-Hawari There is no insulting

. It is clear that he would have come out of it in one way or another and by the law that is full of loopholes

and therefore instead of completely wasting the right of their children, sure they accepted the blood money and I think that they will make ongoing alms on their souls, no

The families of Karim’s victims gave up first

the drugs in his body as a result of an operation,

and of course there is a certificate from a respectable hospital in this case.

Karim Al-Hawari came out of the case of killing 4 children in Sheikh Zayed with his father's money, and in public,

one asks me and tells me and it works, even if the victims' families waive, he comes out with evidence of drug use!!

I want to tell you the law is clear and explicit

Article 1: There is nothing for free

. Article 2: You will pay the hour you never saw

#Karim_Al-Hawari means the owners of the right have given up, so I have nothing to do with them. I will demand their right and the right of their children!!!

In this context, Counselor Yahya Qadri, the cassation lawyer, revealed the future of the trial in the case of Karim Al-Hawari after the families of the victims of the accident reconciled, saying that in cases of manslaughter, if there are multiple victims as a result of the killing, the penalty is increased to 10 years.

Qadri added - during a telephone interview on the “Al-Hekaya” program, broadcast on MBC Egypt, that reconciliation does not lead to a reduction or termination of punishment, and compensation is sufficient, because Egyptian law does not take this matter into account, explaining that reconciliation may have an effect by not being severely harsh. Punishment if purified and reconciled the guardian of blood.

The Egyptian lawyer explained that there will be a penalty for manslaughter, but it will not be severe, and there is no effect on other accusations, whether drug use or any other accusations presented in court.

Local news websites reported that the defendant's defense said that the effects of drugs on Karim El Hawary's body were the result of an operation, which activists say is an attempt to obtain innocence or the least possible punishment after the victims' families reconcile.

It is noteworthy that the accident occurred last December, as Karim Al-Hawari - whose father owns a famous chain of stores in Cairo and Giza - was driving his car at dawn at great speed when he collided with a car from behind, which led to the death of 4 students on the spot, while the son of The businessman from death and suffered several injuries.

The Egyptian Public Prosecutor referred the accused, Karim El-Hawary, to the competent criminal court to punish him for what he was accused of. The text of the accusation was: the felony of possessing the substance of the drug cocaine with the intent to use, and mistakenly causing the death of 4, including 3 children, and this was caused by his negligence, carelessness, lack of caution, and failure to observe laws And the regulations and regulations by which he was driving a car at a tremendous speed that exceeded the legal speed under the influence of the aforementioned narcotic substance and another intoxicating one, without taking into account the distance between him and the victims’ car, so he hit it from behind, toppling it, causing their injuries that cost their lives, as well as accusing him of other misdemeanours.

The accident brought to mind another traffic accident that occurred early last year, the hero of which was a young man named Haitham, son of businessman Kamel Abu Ali, who owns a chain of hotels and tourist resorts. It led to the death of a girl working as an engineer and the injury of the driver.

The case raised the Egyptian street at the time, but after months of trial procedures, the court only punished Haitham with one year in prison with a suspended sentence and a fine of one million pounds in the case of the death of engineer Mai Iskandar in Hurghada, which provoked angry reactions at the time.