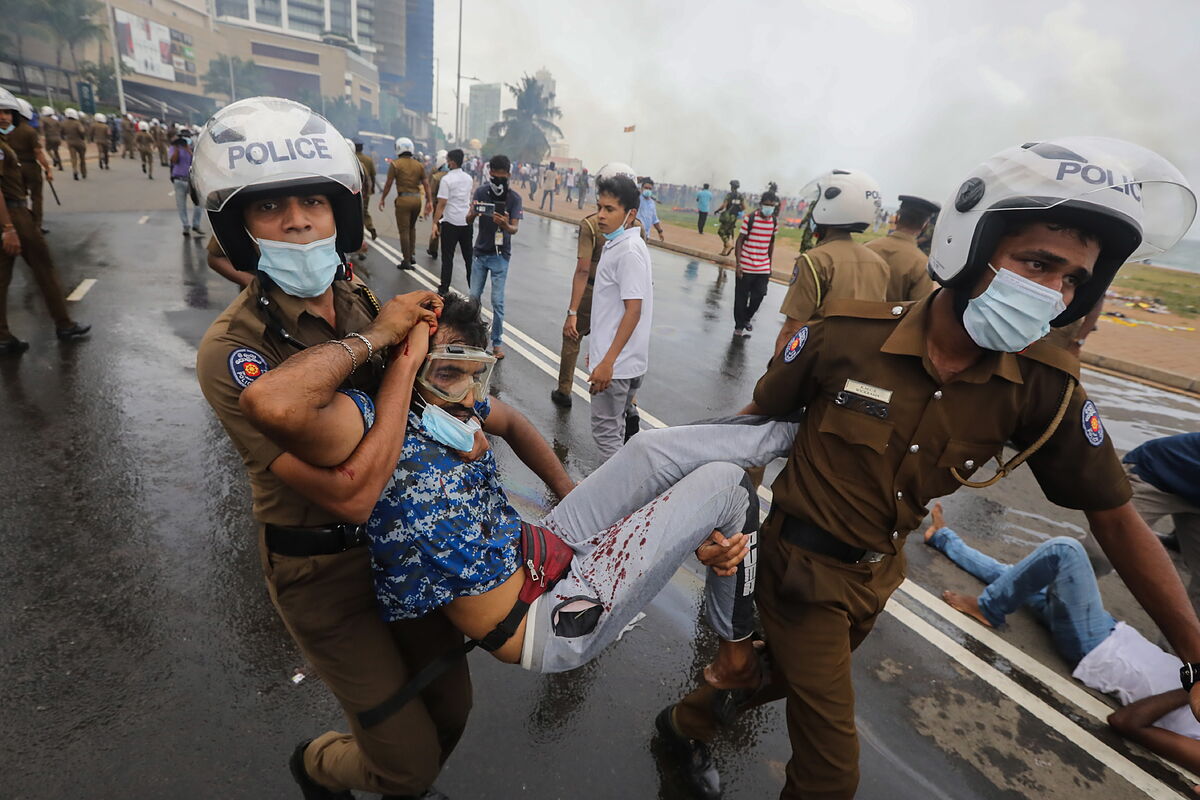 Mahinda Rajapaksa resigned on Monday, his spokesman said, shortly after violent clashes between his supporters and anti-government protesters left 78 injured.

Sri Lankan police decreed a curfew in Colombo, the capital, after the clashes.

Government supporters participated in a meeting that included the intervention of the prime minister and brother of the current president, before a crowd decided to walk towards the campsites near the official residence of the prime minister and the presidential secretariat where for a month thousands of people ask for the resignation of the Executive.

"They attacked with sticks while shouting offensive words," one protester told reporters as his nose bled and he claimed police witnessed the riots.

For months, this small island country of 22 million inhabitants in South Asia, independent since 1948, has suffered from serious shortages of food, fuel and medicine.

The economic collapse began to be felt after the coronavirus pandemic

cut off income from tourism and remittances.

The protesters had been demanding the resignation of the president for weeks, accused of causing the crisis.

The country decreed a state of emergency last Friday with the aim of reducing the protests, which, however, intensified over the weekend due to the lack of basic goods and gas for cooking.