Penelopegate: verdict expected on appeal in the François and Penelope Fillon case

Sentenced to two years in prison and three years suspended in first instance, former Prime Minister François Fillon and his wife Penelope Fillon will hear the decision of the Court of Appeal on Monday… 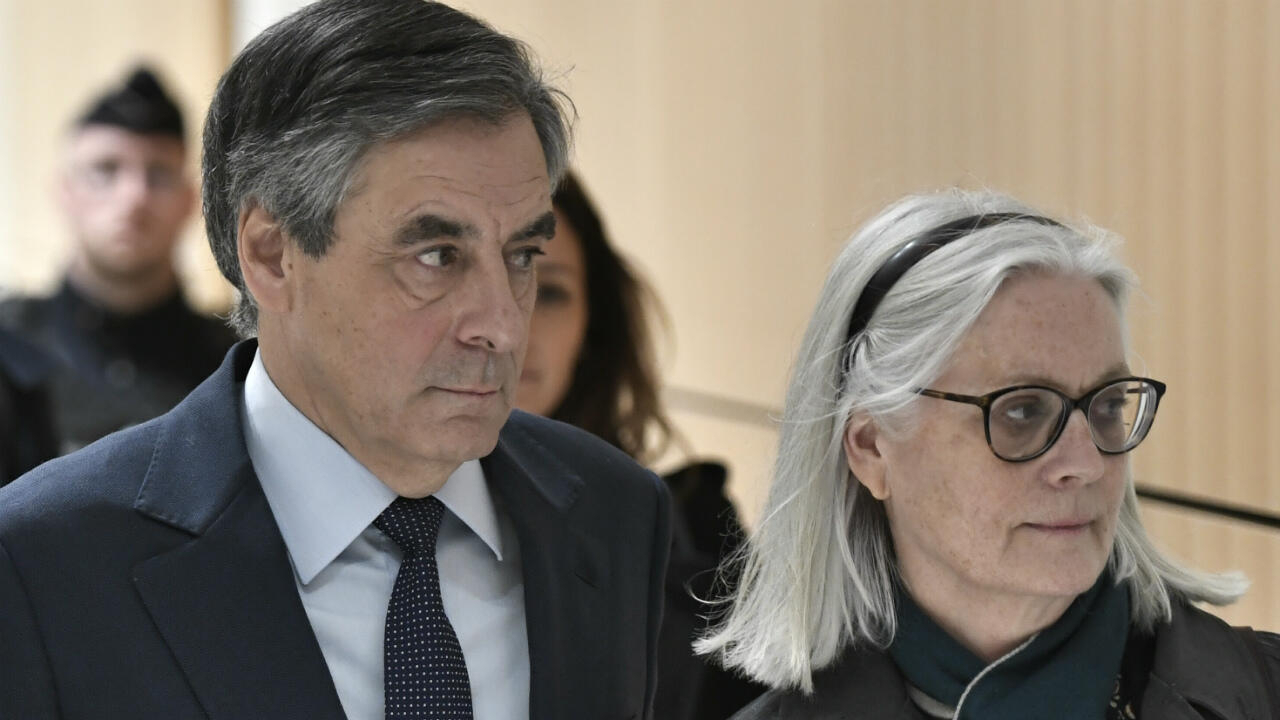 Will they be condemned again?

The Paris Court of Appeal rules, Monday, May 9 in the afternoon, on the fate of former Prime Minister François Fillon and his wife, in the case of suspicions of fictitious jobs which had exploded before the 2017 presidential election.

The day after Emmanuel Macron's re-election, justice rules a second time in the case that had plagued the campaign for the Elysee Palace of the right-wing candidate, a time favorite but ultimately eliminated in the first round.

François Fillon, 68, and Penelope Fillon, 66, who have been contesting any fictitious employment since the beginning, will not be present at the delivery of the decision at 1:30 p.m., nor will the former substitute for the first deputy. in Sarthe, Marc Joulaud, 54, told AFP their lawyers.

>> To read: François Fillon targeted by a new investigation for "embezzlement of public funds"

Withdrawn from political life, François Fillon announced at the end of February, after the Russian invasion of Ukraine, that he would resign from his mandates on the boards of directors of the petrochemical giant Sibur and Zarubezhneft (hydrocarbons).

At first instance, on June 29, 2020, the Matignon tenant from 2012 to 2017 was sentenced to five years' imprisonment, including two years' imprisonment, a fine of 375,000 euros and ten years of ineligibility, for embezzlement of public funds, complicity and concealment of misuse of corporate assets.

The couple immediately appealed and returned to the stand in November, maintaining the same defense in a much less electric atmosphere than at the first trial.

"I was not a fictitious deputy mainly concerned with money", protested François Fillon in an introductory statement, deploring "forty years of (political) commitment erased by an article from a satirical newspaper and a indictment".

"My wife worked alongside me, that's undeniable," he said.

On appeal, the public prosecutor's office requested lower sentences than those imposed by the court.

Against François Fillon, he demanded five years in prison, including one year under an electronic bracelet, as well as a fine of 375,000 euros.

A "bundle of clues" makes it possible to establish the "fictitiousness" of Penelope Fillon's three jobs as parliamentary assistant to her husband and his deputy between 1998 and 2013, paid a total of 612,000 euros net, argued the general attorneys , ironically on "impalpable" or even "evanescent" activities.

The National Assembly asks for the reimbursement of one million euros

For the prosecution, the hiring of Penelope Fillon as a "literary advisor" in 2012-2013 within the Revue des deux mondes (RDDM) was a "job of pure convenience" conceded by Marc Ladreit de Lacharrière, owner of the publication and close to François Fillon.

The magistrates, on the other hand, requested a partial condemnation for the collaboration contracts signed by two children of the Fillon with their senator father between 2005 and 2007, and an acquittal for the non-declaration of a loan.

The National Assembly requested, as in the first instance, the reimbursement of just over one million euros.

On the contrary, according to the couple, Penelope Fillon carried out "on the ground" in the Sarthe a work certainly "immaterial" but very "real".

Stigmatizing a file which "is reduced" like "a skin of grief", the lawyer of François Fillon, Me Antonin Lévy, pleaded the release, citing "41 certificates (establishing) in a precise and detailed way the contribution of Mrs. Fillon " .

The defendant's lawyers denounced a "media madness" around the "Penelopegate", affirming that if she had certainly been "placardized" within the Revue des deux mondes, she had "worked" there.

The owner of the Revue, Marc Ladreit de Lacharrière, was sentenced in a "guilty plea" procedure in 2018 for misuse of corporate assets, acknowledging a partly fictitious contract.