After a pause for Said's supporters, "Aafaq Tounes" refuses to "tamper" with state institutions, and Marzouki calls for lifting protection against the president

The Afaq Tounes party said that it rejects what it described as the unilateral and authoritarian approach adopted by President Kais Saied in his reform path and the consequent sham referendum, amid a political scene divided between supporting the Tunisian president and opposing his orientations. 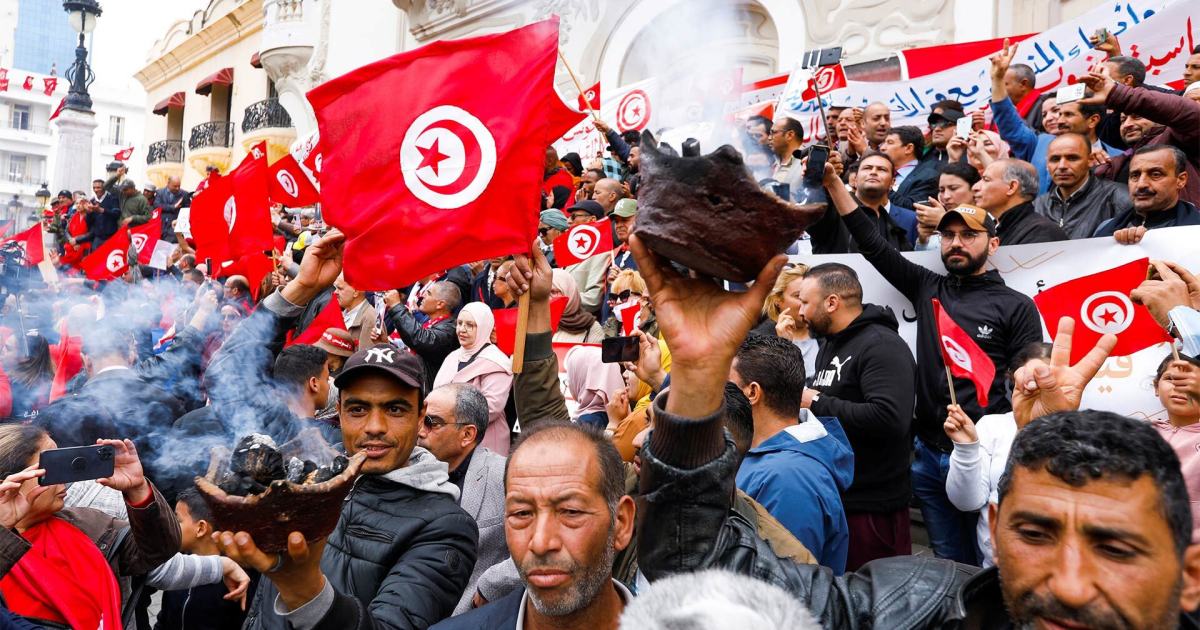 The "Afaq Tounes" party said that it rejects what it described as the unilateral and authoritarian approach adopted by President Kais Saied in his reform path and the consequent sham referendum, as he put it, amid a political scene divided between supporting the Tunisian president and opposing his orientations.

The party added that it rejects what it considers politicization and tampering with the state's security and military institutions in sending political messages and impromptu appointments at the heart of the state.

He also pointed out that Tunisia is experiencing an unfavorable economic and social crisis, the consequences of which are worsening day by day.

For his part, former Tunisian President Moncef Marzouki said that what he described as the laughable and weeping chapter of Tunisia's history must be expedited.

Marzouki saw in a post on his Facebook page that the army and security are required to lift protection against the Tunisian president, who he described as a coup, because they are in the service of the country, not in the service of an illegitimate president, as he put it.

Al-Marzouki called on the people to take to the streets for the next two months to expedite this matter.

He also called on "Tunisian elites to coordinate, discard differences and personal ambitions, and prepare an alternative so as not to pull the rug out from under them."

On Sunday, hundreds of supporters of Tunisian President Kais Saied participated in a stand in the center of the capital to demand the achievement of the goals of the course of last July 25, and the defense of the state and the republican system.

Groups of coordinators supporting President Saied from Tunisian provinces, as well as political parties such as the "Alliance for Tunisia" party, participated in the vigil organized on Habib Bourguiba Street.

However, the head of the Tunisian Ennahda movement, Rached Ghannouchi, said on Sunday that the regime of President Kais Saied has become isolated in the world, describing the economic conditions in Tunisia as going from bad to worse.

Ghannouchi added, in a meeting with members of one of his party's branches in the Tunisian capital, that he is optimistic about the future of Tunisia, considering that what he described as the coup will only be a temporary stage, and Tunisia will return to working with the constitution little by little in order to put an end to the dictatorship, as he put it.

Since July 25, 2021, Tunisia has been witnessing a severe political crisis following exceptional measures that Saied began to impose, including the dissolution of parliament, the abolition of the constitutional monitoring body, the issuance of legislation by presidential decrees, and the dissolution of the Supreme Judicial Council.

Tunisian forces consider these measures a "coup against the constitution", while other forces see them as a "correction of the course of the 2011 revolution" that overthrew the rule of President Zine El Abidine Ben Ali.