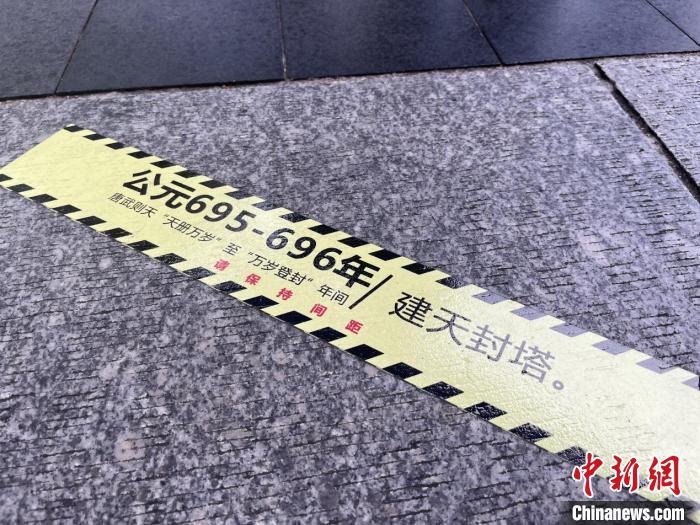 China News Service, Ningbo, May 7th (Lin Bo Litong Lou Jiarui) "Usually queuing up to do nucleic acid, standing and swiping mobile phones is quite boring, the floor stickers here are very interesting, every time you go one meter, you can understand a paragraph that happened under your feet. History." On May 7, at a nucleic acid sampling site in Jiangxia Street, Haishu District, Ningbo City, Zhejiang Province, the "one-meter noodle" posted on the millennium ground in Luocheng, which is very cultural, attracted many citizens who were queuing for sampling. Mobile phone, read the story of change posted on the ground.

At the end of the Tang Dynasty, Huang Sheng, the governor of Mingzhou, built Luocheng (outer city) according to the terrain of Mingzhou to protect the people.

It is reported that in order to alleviate the waiting mood of citizens queuing for sampling and awaken the historical memory of the city, Jiangxia Street has designed a batch of characteristic "one-meter noodles" stickers at the local nucleic acid sampling points with the theme of "Millennium Historical Changes in Luocheng". From the construction of Tianfeng Pagoda in AD 695 to the date of Sanjiangkou being selected as a World Heritage Site in 2014, the "One Meter Noodle of Civilization" has been transformed into a "historical and cultural line" in a very creative way, combining normalized nucleic acid sampling with history The combination of cultural changes has injected more heritage and warmth into epidemic prevention and control.

The millennium sticker in Luocheng at the nucleic acid sampling point.

From 695 to 696 AD, the Tianfeng Pagoda was built; in 1372 AD, the prefect Zhang Qi rebuilt the "Ningbo City God Temple" in the original Jingfulu Temple... At the scene, the bright yellow Luocheng millennium sticker continued for nearly 40 meters. Moving forward one meter follows the long river of history and spans a hundred years.

"Luocheng is the nostalgia of Haishu people. It connects the past, present and future of the excellent urban area of ​​the coastal metropolis. It demonstrates Haishu's special status as the core area of ​​Ningbo's famous historical and cultural city." The relevant person in charge of Jiangxia Street said that a building The history and culture of a city are part of the life of the city. We hope that this way will ease the anxiety of citizens under the prevention and control of the epidemic, guide everyone to respect history and culture, and remember and protect the memory of the city.

Next, the theme of the characteristic "one-meter noodle" will continue to be updated, so that the rich history and culture can enter the public.