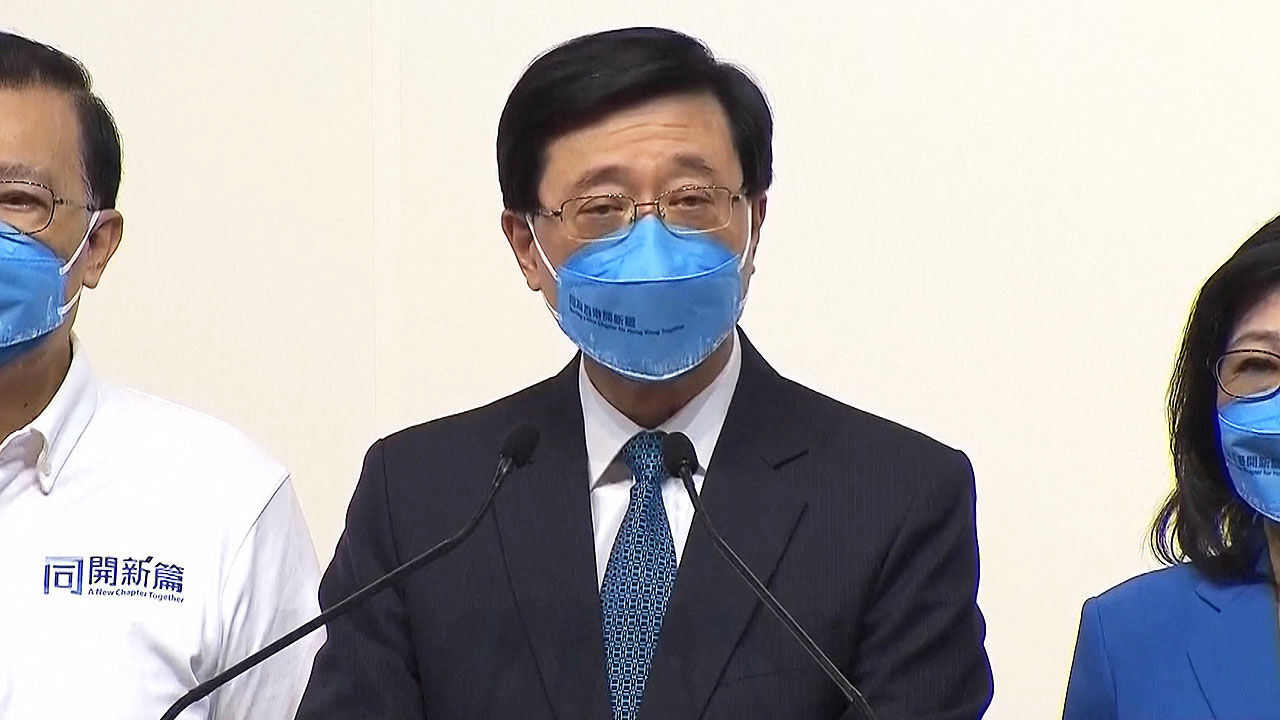 As the first police chief executive, it is predicted that Hong Kong's Chineseization will accelerate.

Hong Kong's first presidential election after the reform of the electoral system so that only 'patriots' could run for office.

Former Deputy Prime Minister John Lee, who ran as a sole proprietor after being selected by the Chinese government, was elected with 1,416 votes, more than 99% of the participating electoral college.

Executive-Elect: We will prevent internal and external threats and destruction, ensure the victorious safety of Hong Kong society, and protect the sovereignty, safety, and development interests of the country.]

In particular, as the chief of police, the security minister, he hardened the anti-government protests in 2019 and spearheaded the enforcement of the Hong Kong National Security Law in 2020.

President-elect Lee has pledged to make the enactment of the Hong Kong version of the National Security Law a top priority.

With many pro-democracy activists already imprisoned or gone abroad, and media critical of the government being shut down, there is a prospect that the Chinese government's takeover of Hong Kong will be further strengthened.

There are also observations that Hong Kong's status as an international financial center may further weaken as President-elect Lee has no experience in the economy and finance fields and prioritizes security and control.