COP15: 196 States expected in Abidjan to fight against desertification

The objective of the COP15 which opens this Monday, May 9 in the Ivorian capital is to find ways to fight against the advance of the desert, deforestation, the impoverishment of arable land or… 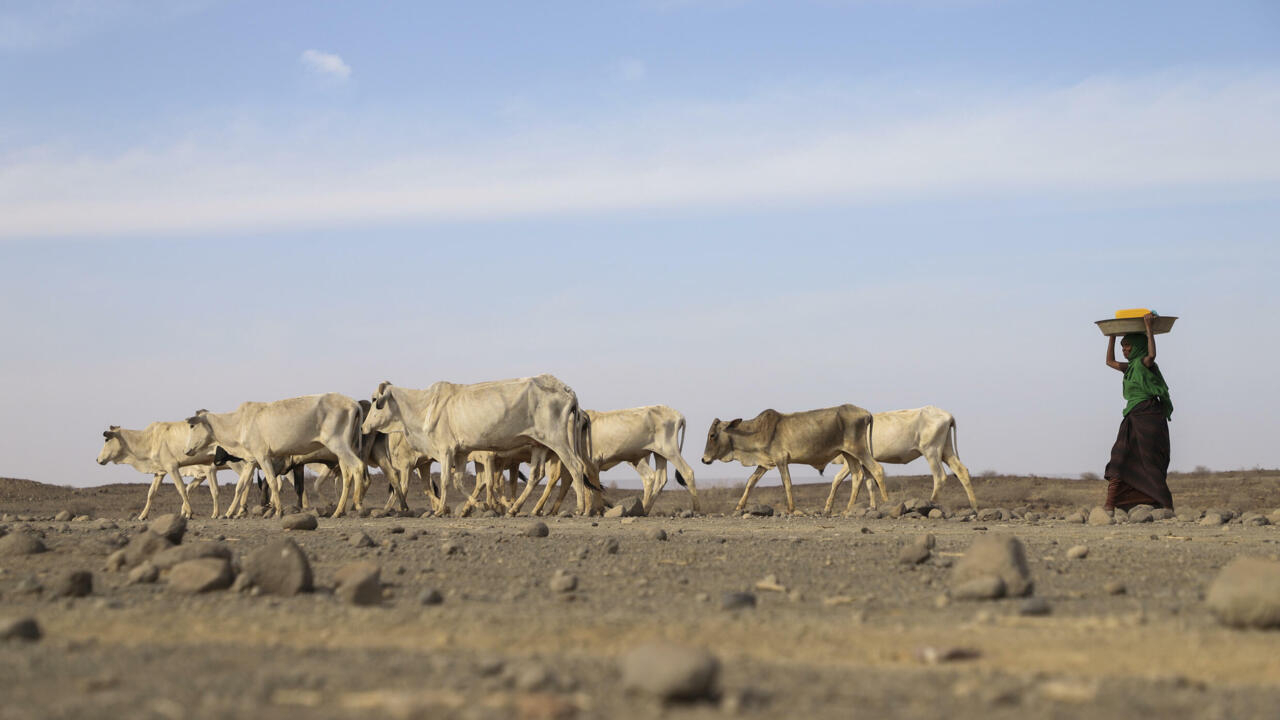 COP15: 196 States expected in Abidjan to fight against desertification

A woman leads her cattle towards a river near Biyolow Kebele, in the drought-hit Somali region of Ethiopia, February 2, 2022. AP - Michael Tewelde

The objective of COP15 which opens this Monday, May 9 in the Ivorian capital is to find ways to fight against the advance of the desert, deforestation, the depletion of arable land or soil pollution.

The conference starts with a summit of heads of state directly involved with the phenomenon.

Less known than its "big sister" on the climate, this 15th Conference of the Parties (COP) of the United Nations Convention to Combat Desertification (UNCCD), addresses issues that are just as crucial.

It takes place at a time when, according to the UN, 41% of land is degraded in the world.

And the pace is increasing: each year, 12 million hectares of land are lost, an area equivalent to that of Benin or Belgium.

For ten days, negotiators from 196 states will attempt to agree on common objectives to combat soil degradation over the next ten years.

The theme of this event “Lands.

Heritage: From a precarious world to a prosperous future" is "

a call to action to ensure that the earth, which is our source of life on this planet, continues to benefit present and future generations

", underlines the UNCCD in a press release.

► Also to listen: It's not windy - What challenges for COP 15 desertification?

One of the major issues that needs to be addressed concerns droughts, explains Ibrahim Thiaw, Executive Secretary of the UNCCD.

They are becoming more and more frequent and more and more deadly and the COP is expected to take strong decisions about the drought to reduce the risks it represents for humanity.

But these droughts are not the only ones responsible for soil degradation, underlines our correspondent in Abidjan,

It is notably responsible for 80% of deforestation.

However, 6 million hectares of additional land will have to be brought into production each year between now and 2030 to meet the planet's food needs in the face of population growth.

How to increase yields without impoverishing soils or destroying forests?

How to mitigate the advance of arid lands?

How to provide opportunities for populations directly affected by these disasters?

Twenty solutions will be debated at COP15, including the crucial issue of land restoration.

So land repair offers opportunities for all states in the world to produce better.

The question of the Great Green Wall, a pharaonic project which aims to restore one hundred million hectares of arid lands in Africa by 2030 on a strip of 8,000 km from Senegal to Djibouti, should in particular be addressed during the work which will end on May 20.

► To read also: Desertification is gaining ground but solutions exist

In Iraq, the sand advances, the inhabitants suffocate

In Iraq, the desert is eating away more and more of the territory.

As a result, sand dust storms are on the increase, causing thousands of hospitalizations.

Last month, we had dust storms even in wet areas!

It had never happened before.

If nothing is done, there will be no more green spaces, no more houses, no more drinking water… Iraq will quite simply become a desert.