Pensions have come into political focus. Ahead of the party leader debate in SVT, the bourgeois opposition presented an alternative to the guarantee supplement that the government, the Left Party and the Green Party promised the pensioners with the lowest incomes. The Center Party decides which proposal wins the vote in the Riksdag - but no message came during the debate. 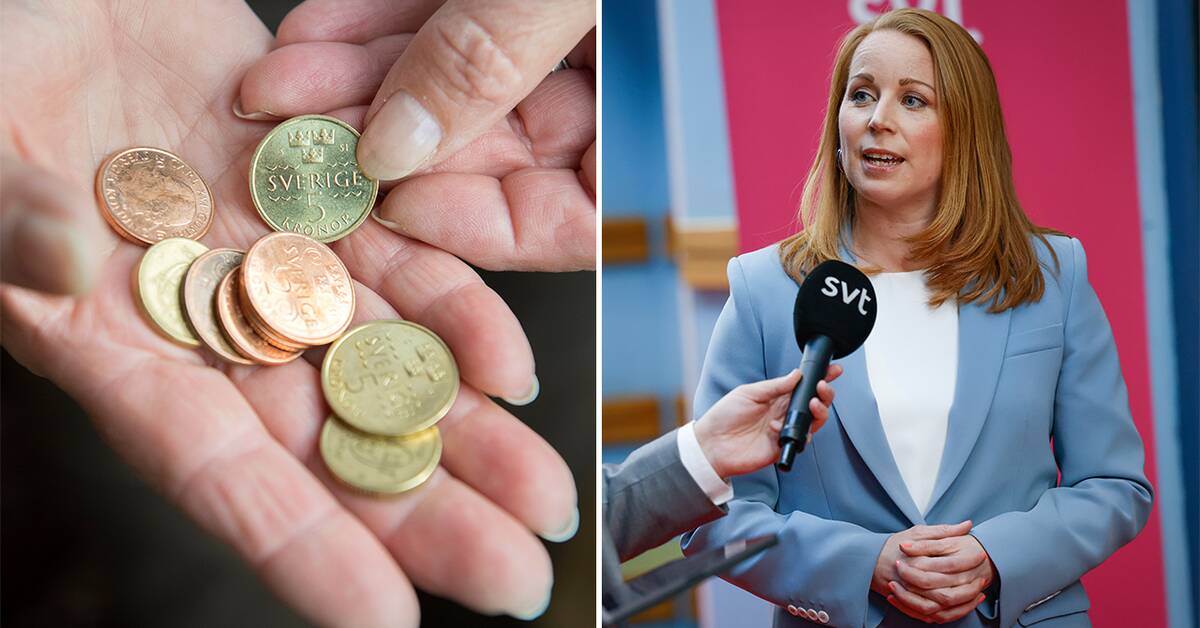 The question of guarantee pension or guarantee supplement will be decided in the Riksdag already in June - in a vote where the Center Party can now decide which proposal wins.

During the evening, however, Center Party leader Annie Lööf did not want to say how the party will vote.

Lööf preferred to talk about the party's own pension proposal and called for cooperation in the middle of the Riksdag's pension group.

C wants to see a settlement in the middle

- The decision in the pension issue can not be given to outlying populists, but it must be long-term so that both today's and tomorrow's pensioners will have security, says Annie Lööf.

If the Center Party votes with the opposition in June, the Social Democrats' Magdalena Andersson will lose in the Riksdag.

Andersson, however, defends the decision to settle with V and MP in addition to the regular pension group, where these parties are not included.

An agreement that made V release her as prime minister.

- The opposition talks about the line of work, but it is clear that even those who would receive our guarantee supplement have worked.

This is about more than half of the country's female pensioners who would receive the guarantee supplement.

For example, the cashier in the supermarket.

Agenda's debate duel on pensions was between the Liberals' Johan Pehrson and the Left Party's Nooshi Dadgostar, who each defended his proposal.

- Our proposal is better because it includes all pensioners who receive a strengthened pension and it also protects the line of work that is a prerequisite for having any wealth at all, says Johan Pehrson.

Nooshi Dadgostar says he is happy that the parties on the right after 25 years have stopped slowing down the proposals that give the poorest pensioners more in their wallets.

And that applies to people who have actually worked - you have to respect those who are assistant nurses, childminders and preschool teachers and who may not have had the highest income.

Dadgostar believes that the opposition's proposal is more frugal against those with the lowest pensions because the guarantee pension must be taxed, unlike the left's guarantee supplement which is up to a thousand kronor and tax-free.

Johan Pehrson, for his part, believes that this is compensated by the tax cuts the opposition intends to introduce - provided that it wins the autumn election.

He believes that it is how much has been earned from working that will determine the size of the pension - the so-called line of work.