After a search of more than 60 hours by police, soldiers and members of the Shabak (internal secret service), Israel has arrested the two Palestinians who murdered... 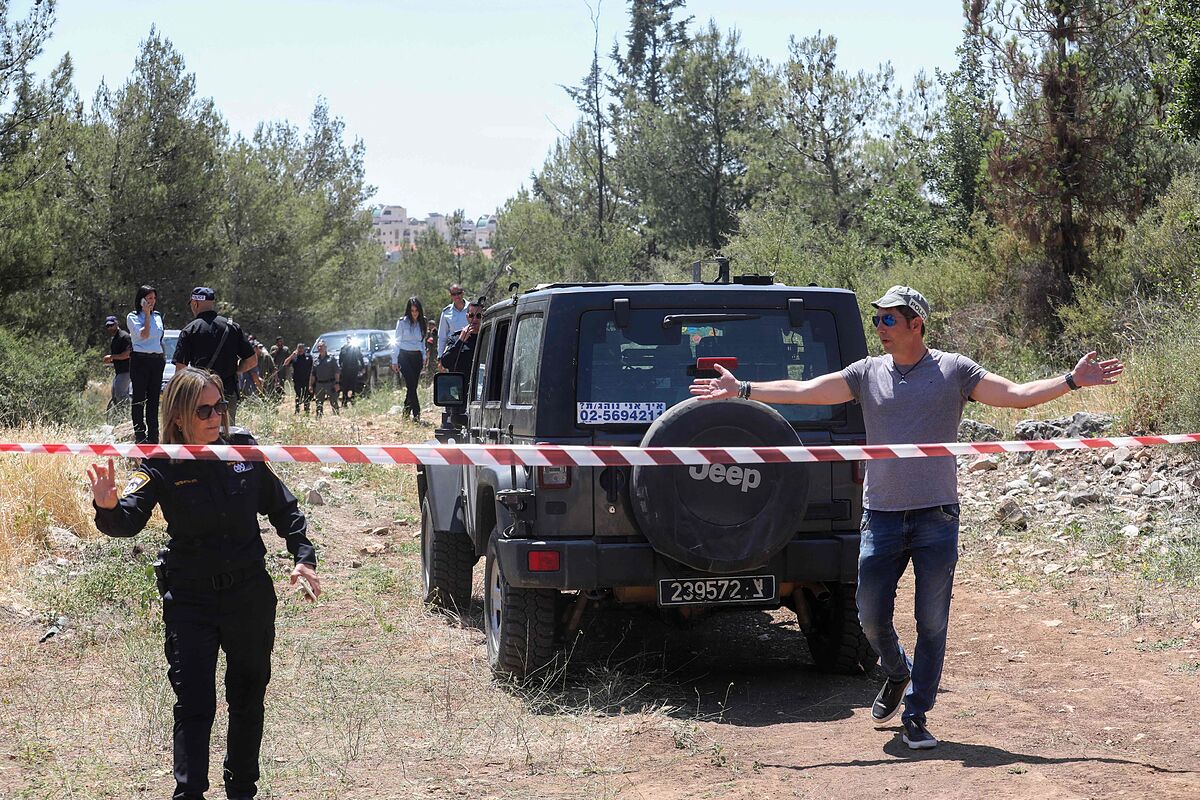 After a search of more than 60 hours by police, soldiers and members of the

(internal secret service), Israel has arrested the two Palestinians who hacked to death three citizens in

, in the center of the country.

(20) were located in a forest not far from the place where they committed the attack on Thursday night and did not resist against Israeli soldiers and agents.

The traces of blood from one of them helped to follow their trail.

After the arrest, one of them admitted in Arabic to an agent's camera that he was responsible for the attack in

Nearby, his axes were found.

These are two young people from Romana, in the

According to the police investigation, they arrived in this Israeli city in the car of

(35) who thought they were only going to work.

Arriving in this mostly ultra-Orthodox town that they knew so well, the Palestinians murdered the Israeli driver in his vehicle.

Later they began a bloody tour through the streets of

(44) in the presence of their children and injured four other bystanders.

From that moment, they managed to stay off the Israeli radar until this Sunday morning when they were stopped just a kilometer from

"The terrorists who murdered with axes and inconceivable cruelty have been captured as miserable," says Prime Minister

, who on Saturday expressed his fear of a new attack during his escape, adds that "The message is that we will always reach those who commit terrorist attacks."

"We salute the heroes of the heroic operation that has uncovered the fragility of the security agencies of the Zionist entity that has nuclear weapons," the Islamist group

has reacted, applauding an attack that has shocked Israeli society.

Since last March 22, 18 people have been killed in six attacks in the worst wave of attacks in recent years in Israel.

According to security sources consulted by EL MUNDO, "in recent weeks we have aborted dozens of terrorist attacks but we still have more concrete alerts."

Israeli raids and resulting clashes and riots have killed 27 Palestinians, including militants, attackers and civilians in the past two months.

The fact that Hamas has assumed responsibility for one of the attacks (April 29 in Ariel), has encouraged it to carry out more and that its leader

asked a week ago "to use a rifle and whoever does not have a knife or an ax "to kill Israelis, has put him in the crosshairs.

Esplanade of the Mosques

with lies and hatred ."

In a message to

, although without citing him and under growing internal criticism,

stated this Sunday: "We are on the verge of a new phase in the face of terror. You cannot instigate violence and rest or throw a match and flee. The main mission of the Government of Israel is to restore personal security to citizens."

According to various sources, the Government and the Army are not in favor today of an operation against

, in what would be a return to "selective assassinations" of Palestinian leaders, considering that it would cause a massive escalation with the armed factions in Gaza and it would not stop the wave of Palestinian attacks.

According to the Palestinian daily

as long as the calm of recent months is maintained and no projectiles have been launched since Loop.

In any case, and as a precautionary measure,

and the rest of the leaders of Hamas and other factions in Gaza "went down to the bunker".

The spokesman for the armed wing of

, warns that "the Israeli occupation's cowardly threats about the possible assassination of Sinwar and other resistance leaders will provoke an earthquake in the entire region and an unprecedented response".

"We will open a new catastrophic chapter in the history of the Zionist regime," he added, warning that the Palestinian reaction would be far superior to what Israel saw in the last major escalation that took place exactly one year ago, hinting at the return of suicide attacks.

Similar announcements have been launched by spokesmen for the second largest group in Gaza and also supported by Iran, Islamic Jihad.

Several of the attackers in recent months were not part of a plan organized by a specific Palestinian group but acted alone, convinced on social networks and messages from their leaders that "the holy

raised tensions in the always sensitive month of Ramadan. which this year coincided with the Jewish holiday of Passover.

in the sanctuary and that "respects and guarantees the freedom of worship of Muslims in the enclosure that is profaned by groups of Palestinian radicals who provoked the clashes".

The religious element is important in the conflict between Israelis and Palestinians but the fear is that it will turn into a religious war.

, who denounced a few days ago what he calls "attacks against the Holy Places", also warned Israel of the danger of the lack of political horizon for the two-state solution with East Jerusalem as the capital of the Palestinian state. .