Palestine..The occupation intends to ratify 4,000 new settlement units, and the Authority warns against displacing hundreds in the southern West Bank

The Israeli occupation intends to ratify a project to build about 4,000 new settlement units in the occupied Palestinian territories. In return, the National Authority warned against displacing hundreds of families in the southern West Bank and demanded Washington to intervene. 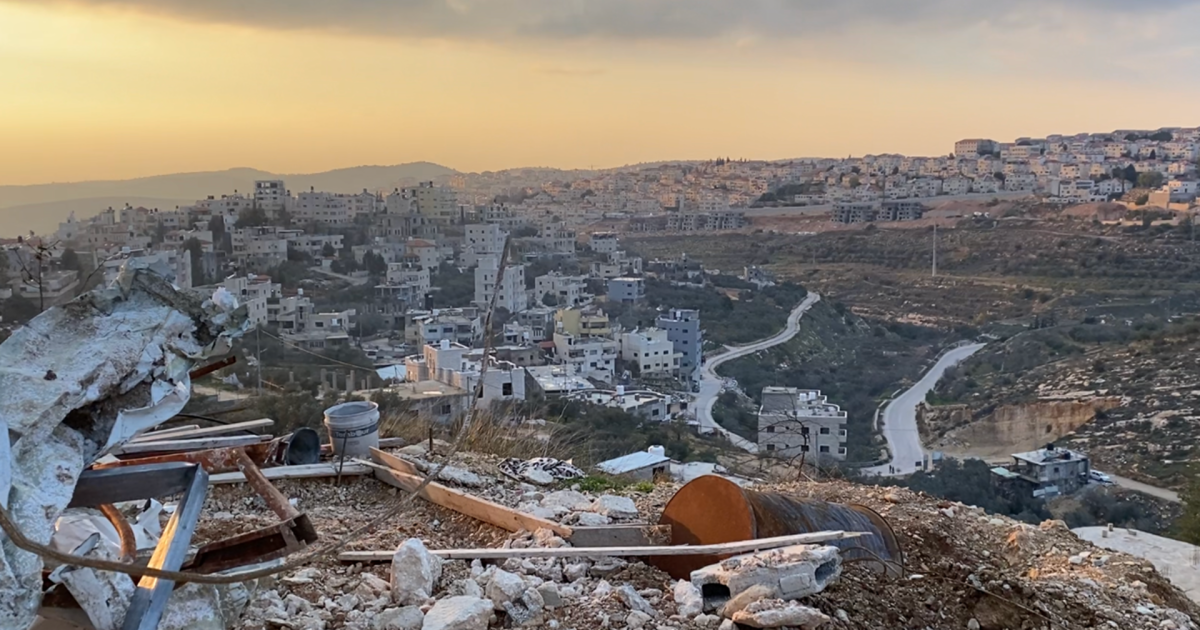 The Israeli occupation intends to ratify the project to build thousands of settlement units in the occupied Palestinian territories. In return, the Palestinian National Authority warned against displacing hundreds of families in the southern West Bank and demanded Washington to intervene to discourage the Naftali Bennett government from its plan.

Next week, the Higher Committee for Planning and Construction of the Israeli Civil Administration will hold a meeting in order to ratify the project to build about 4,000 new settlement units in the West Bank, including Al-Touq settlements around Jerusalem.

These new units will be built within 25 construction projects in West Bank settlements, specifically inhabited by orthodox Jews.

On the other hand, Walid Taha, a member of the Knesset from the United Arab List, the political arm of the Islamic movement, and a participant in the ruling coalition in Israel, warned of the repercussions of this step, saying that the decision would be a serious political mistake, and would have serious repercussions.

Yemina Knesset member Nir Auerbach had stipulated that he remain in the ruling coalition by ratifying the pending construction plans and setting them as a condition not to overthrow the Bennett government.

On the other hand, the Palestinian presidency and the Ministry of Foreign Affairs and Expatriates demanded the US administration to pressure the Israeli government and discourage it from its willingness to approve settlement plans to build about 4,000 new settlement units in the West Bank.

The official spokesman for the Palestinian presidency, Nabil Abu Rudeineh, warned of the danger of the occupation authorities' approval of building thousands of new settlement units.

At the same time, he warned of the occupation's plan to carry out a forced displacement and ethnic eviction of thousands of Palestinian citizens from the villages of "Masafer Yatta" in Mount Hebron in the southern West Bank.

And on Wednesday, an Israeli judicial decision was issued paving the way for the forcible deportation of hundreds of Palestinians from the Masafer Yatta area under the pretext of declaring it a "closed military zone."

On Thursday, the "Norwegian Refugee Council" reported that the Israeli Supreme Court on Wednesday rejected all petitions against the forcible deportation of about 1,200 Palestinians from Masafer Yatta, which Israel declared a closed military zone.

Abu Rudeineh considered that all of these Israeli measures of demolition, eviction and settlement fall within the framework of the apartheid regime, which the occupation applies to the Palestinians and their lands amid international silence.

"The US administration must shoulder its responsibilities towards stopping this Israeli recklessness, which is pushing matters towards escalation and tense atmosphere," he added.

Thousands of Palestinians in the southern West Bank are at risk of being displaced from their lands, which the Israeli army says are used as training grounds.

According to the United Nations Office for the Coordination of Humanitarian Affairs (OCHA), Israeli authorities have demolished or confiscated 217 Palestinian structures in the "firing zone" since 2011, displacing 608 Palestinians.

For its part, the State of Qatar warned against the plans of the Israeli occupation authorities to ratify the construction of thousands of new settlement units in the occupied West Bank, and considered them a flagrant violation of international law and resolutions of international legitimacy.

In a statement, the Qatari Foreign Ministry called on the international community to take urgent action to prevent the occupation authorities from ratifying the plans, and forcing them to stop their settlement policies in the Palestinian territories.

The Qatari ministry stressed that the settlement plans pose a serious threat to international efforts to implement the two-state solution, and impede the resumption of the peace process on the basis of international resolutions and the Arab Peace Initiative.

Activist Faris Faqha told Anadolu Agency that an Israeli force arrested Basharat, 47, while he was on his farm in the town of Atouf, south of Tubas in the northern occupied West Bank.

On the other hand, Palestinian youths suffocated as a result of inhaling tear gas during clashes that erupted with the occupation forces in Kafr Qaddoum village, east of Qalqilya.

The occupation forces had suppressed the weekly march called by the national forces against settlements in the village after the Friday prayer, which resulted in cases of suffocation among the demonstrators.

Israeli and Palestinian estimates indicate that there are about 650,000 Jews in settlements in the West Bank, including occupied Jerusalem, who live in 164 settlements and 116 outposts.