“They blame anyone but themselves”: how the US is trying to hold Russia responsible for the food crisis

The United States is distorting the facts, attributing Russia to provoking the global food crisis, said Russian Ambassador to Washington Anatoly Antonov. Earlier, Linda Thomas-Greenfield, Permanent Representative of the United States to the UN, made such an accusation against Moscow. In fact, systemic errors in the macroeconomic, energy and climate policies of the West have played a significant role in aggravating the current economic situation, Antonov emphasized. At the same time, he noted that Russia will continue to fulfill its international obligations for the supply of agricultural products, fertilizers and energy carriers. The destructiveness of anti-Russian sanctions for the world economy is also noted by experts. However, the US and its allies are ready to sacrifice the welfare of many countries for the sake of their geopolitical interests, analysts say. 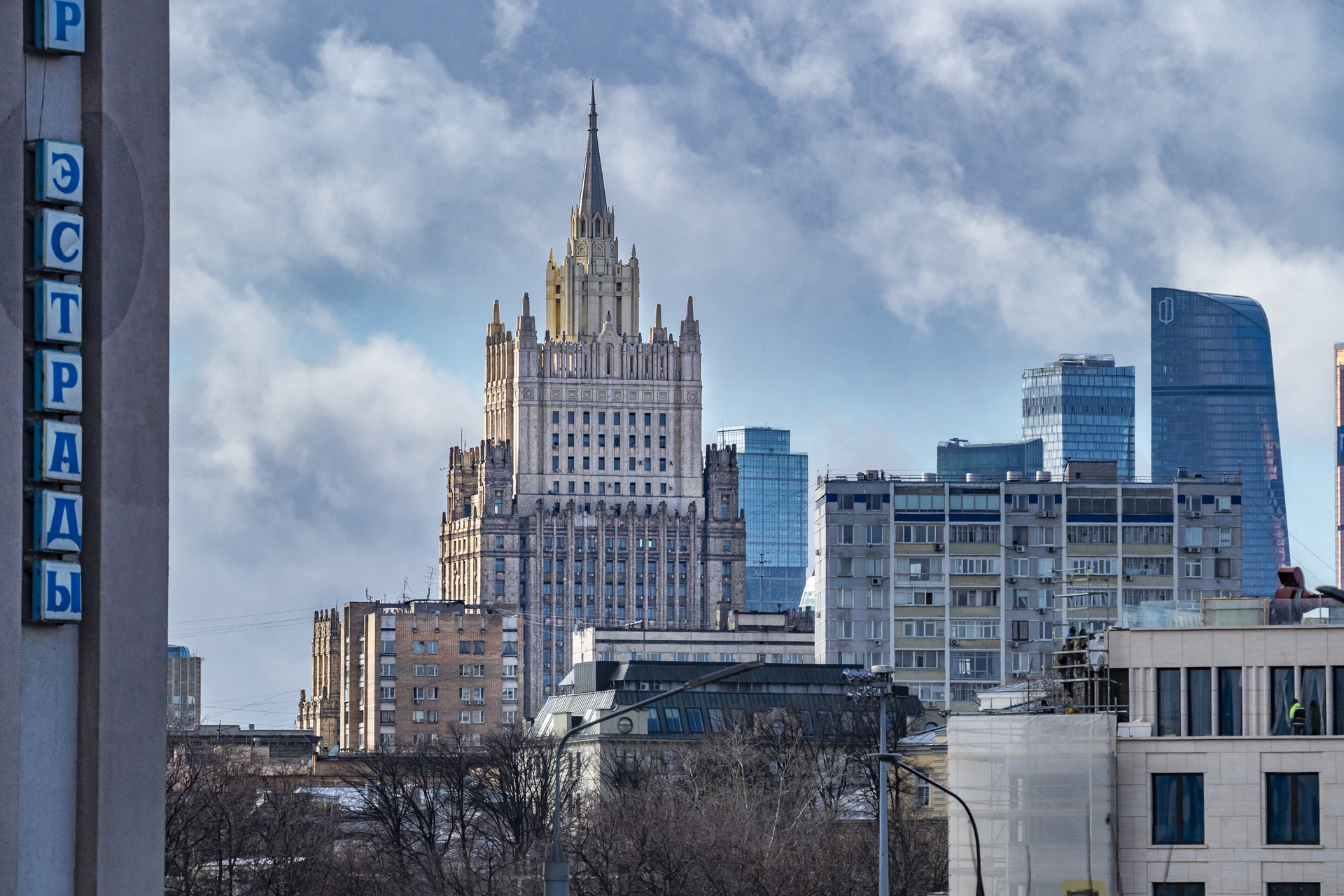 US representatives, accusing Russia of provoking a global food crisis, distort the facts and downplay the impact of Western systemic mistakes on the situation.

This position was voiced by the Ambassador of the Russian Federation in Washington, Anatoly Antonov, whose words are quoted by the Telegram channel of the diplomatic mission.

“The Americans are screwing up again.

They refuse to acknowledge the impact that miscalculations and systemic errors in the macroeconomic, energy and climate policies of the United States and its allies had on the situation, ”the diplomat said.

Earlier, United States Ambassador to the UN Linda Thomas-Greenfield at a meeting of the organization's Security Council said that the Russian special operation in Ukraine caused a food crisis that has already hit African and Middle Eastern countries.

According to her, Russia allegedly deliberately blocks the agricultural production of Ukraine and its ports, preventing the export of food.

“While we are trying to lift this blockade and hold Russia accountable for their actions, we all need to step up our efforts to prevent the imminent threat of famine, and provide more food and funding in the name of integrity and humanity,” said Thomas-Greenfield.

In turn, Anatoly Antonov stressed that such claims against Russia are destructive and shift responsibility.

In his opinion, the United States and its allies are trying to “make the rest of the world forget” that the measures of pressure on the Russian Federation directly affected its ability to export various goods.

At the same time, the diplomat stressed that Moscow intends to fulfill its obligations.

“Despite the unfavorable external circumstances, the Russian Federation will continue to fulfill its international obligations to supply agricultural products, fertilizers and energy carriers to the market,” the ambassador said.

Antonov's position was later confirmed by Deputy Head of the Information and Press Department of the Ministry of Foreign Affairs Alexei Zaitsev.

During the briefing, he stressed that Moscow does not intend to shy away from discussing the topic of food security, but it does not accept groundless accusations against it either.

According to him, the causes of the crisis were many factors, including the erroneous policy of Western countries in the field of macroeconomics, trade and energy.

“Unprecedented sanctions measures have been introduced against Russia, expressed, among other things, in payment and logistical restrictions ... It is only unclear why they are trying to shift all responsibility for the consequences of this crisis solely on Russia.

Our country under any conditions remains a responsible participant in the world market,” said Zaitsev.

Washington's position on Moscow's "guilt" in the impending crisis is also supported in the European Union.

So, on March 24, during a speech at the G7 summit, French President Emmanuel Macron said that a special operation in Ukraine jeopardized the sowing campaign, and this could threaten an unprecedented food crisis in the future.

“This situation will lead to a food crisis, to a difficult humanitarian situation in many countries and, undoubtedly, to great political consequences,” the French leader said.

The head of European diplomacy, Josep Borrell, also made accusations against Russia.

During a press conference on April 11, he not only blamed Moscow for the impending food crisis, but also rejected the impact of anti-Russian sanctions on the situation in the world.

Speaking to the European Parliament on May 3, he said that the conflict in Ukraine had led to instability in the functioning of global supply chains and fluctuations in the prices of raw materials and energy, which increased the risk of a food crisis.

Meanwhile, according to the latest information from the global database for tracking sanctions Castellum.AI, more than 10.1 thousand restrictions have already been imposed on Moscow, over 7.3 thousand of which since February 22, 2022.

In particular, on April 8, as part of the fifth package of restrictions, the European Union banned the import of Russian fertilizers.

At the same time, President Vladimir Putin warned at a meeting with members of the government on March 10 that impeding the supply of fertilizers from the Russian Federation would have serious consequences for the world market, including in the food segment.

Recall, according to the Food and Agriculture Organization of the United Nations, Russia remains one of the key exporters of fertilizers and "an important participant in the global food market."

It is noteworthy that the United States at the end of March softened its restrictions on Russian agricultural products.

Thus, the Office for Foreign Assets Control of the US Treasury published a general license, which actually removed mineral fertilizers from the Russian Federation from possible restrictions.

Later, UN Secretary General António Guterres stated that in order to ensure world food security, products and fertilizers from Russia, Belarus and Ukraine should be returned to world markets.

“A constructive solution to the issue of global food instability will require the reintegration of Ukrainian agricultural production, as well as Russian and Belarusian food and fertilizer production, into world markets, despite military actions,” he said on May 5 at a meeting of the UN Security Council.

Experts interviewed by RT note that in the current situation, the United States is seeking to shift the responsibility for the crisis to Russia in order to prevent other world players from even thinking that Washington's decisions could be harmful.

“We are now in an era of changing technological and world economic structures, the emergence of new points of influence.

And the United States simply cannot adapt to them through fair competition and therefore resort to such methods of solving problems as unprecedented sanctions pressure on such a point of influence as the Russian Federation, blaming anyone but themselves for the consequences, ”explained economist Alexander Dudchak .

And the relaxation in restrictions, which the United States went for, suggests that Washington is well aware of what threatens their country with stopping the supply of fertilizers, the expert added.

However, in his opinion, the calls of the UN Secretary General to return Russia and Belarus to the world agricultural market should be taken with caution.

“It looks like a step forward, but it is not.

Most likely, this will entail a requirement for Russia to provide food and fertilizer at some special, reduced prices.

That is, the topic that was started a couple of decades ago will continue: supposedly Russia does not have the right to control such huge volumes of natural and food resources in such critical conditions.

Therefore, according to Western politicians, they should become the property of the whole world, ”the analyst suggested.

In turn, the leading expert of the Center for Political Technologies, Candidate of Economic Sciences Nikita Maslennikov, noted that the crisis will not bypass the initiators of anti-Russian sanctions themselves.

“For Europe, this is fraught with an uncontested recession.

In the US, they are now trying to raise the Federal Reserve rate, which is necessary to stabilize inflation.

Meanwhile, world prices for almost everything are steadily rising, and the global economy is decelerating,” the analyst said.

Against this background, Western countries assign Ukraine the role of a donor of agricultural products, which are pumped out of the republic on a virtually free basis, Alexander Dudchak believes.

“Now they don’t talk much about it, but there is a frank robbery of Ukraine.

Stocks of wheat and barley are being pumped out to Poland, Germany, and Romania.

There is literally a struggle between the countries of the European Union over who will distribute and take away the food reserves of Ukraine, which as a country has already been written off from all accounts, ”the expert said.

In addition, he noted, the West is ready to sacrifice the well-being not only of Ukraine, but also of other world players, as it is too keen on solving its geopolitical problems.

“The United States and its allies are not coping with new challenges in competitive ways and are trying to fit the new reality of global multipolarity to themselves.

However, if they continue to act in the same spirit, it will end in disaster for their own economies and create serious social problems within their own societies, ”Dudchak concluded.