Legislative 2022: the baker who had carried out a hunger strike invested by EELV

After his hunger strike for the regularization of his Guinean apprentice and his call for donations to help the Ukrainians, Stéphane Ravacley announced this Friday that he was invested by EELV in the Doubs. Candidate for the NUPES, the baker by profession will be confronted with the outgoing LREM deputy, or "Renaissance", Éric Alauzet. 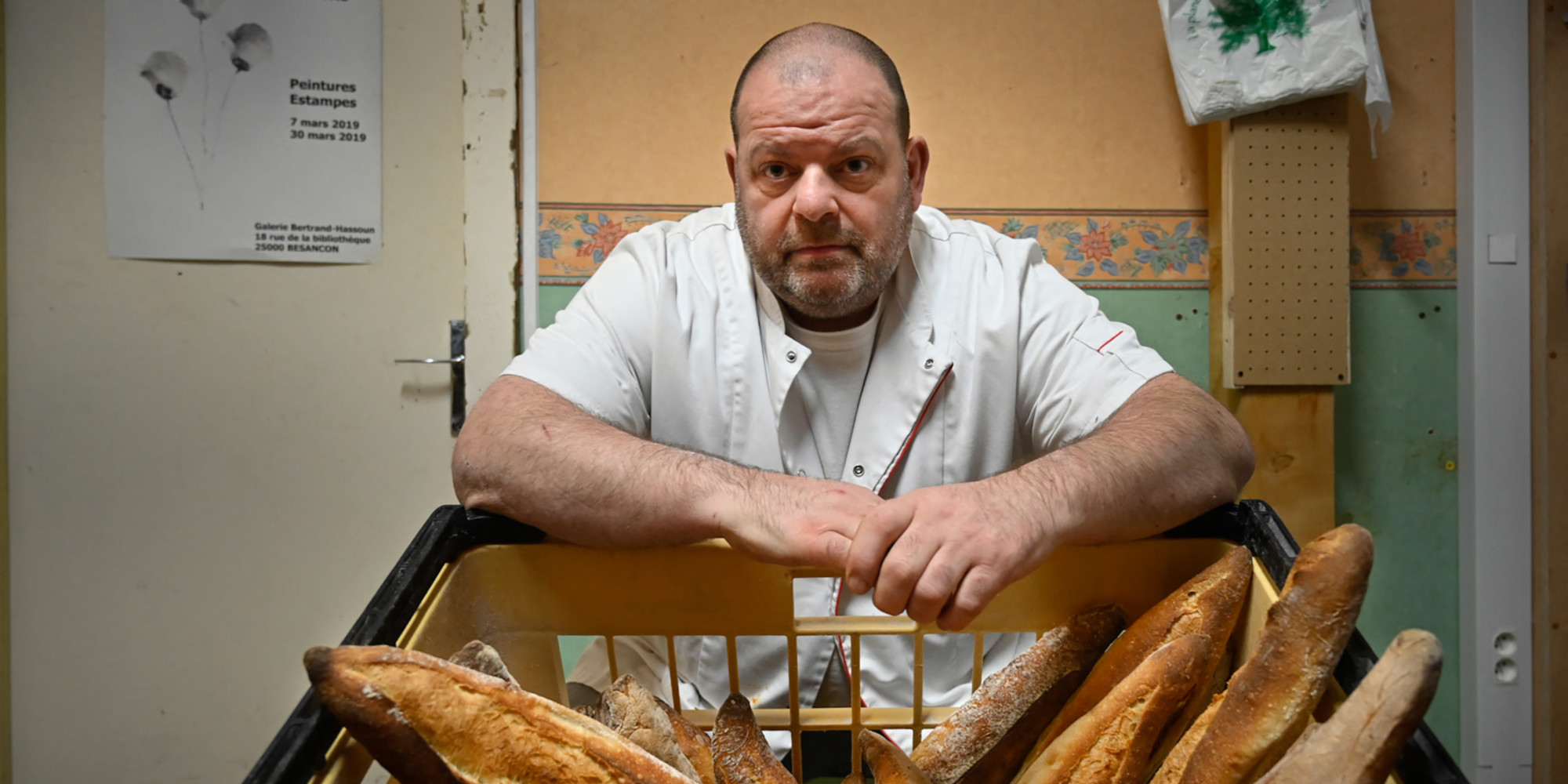 After his hunger strike for the regularization of his Guinean apprentice and his call for donations to help the Ukrainians, Stéphane Ravacley announced this Friday that he was invested by EELV in the Doubs.

Candidate for the NUPES, the baker by profession will be confronted with the outgoing LREM, or "Renaissance" deputy, Éric Alauzet.

The baker Stéphane Ravacley, who had distinguished himself by leading a hunger strike for the regularization of his Guinean apprentice and by organizing a humanitarian convoy to Ukraine, was invested by EELV in the Doubs for the legislative elections, a-t he announced on Friday.

Stéphane Ravacley, 53, announced in April his civic candidacy in the second constituency of Doubs for the legislative elections of June 12 and 19, which covers part of Besançon, calling on left-wing parties to support him.

"I asked for the union of the left, I have been calling for it since the first day", welcomed the craftsman to AFP, "it is a union on the left which presented itself to the right moment".

"Solidarity bosses": the movement created by Stéphane Ravacley, the baker who saved his apprentice from expulsion

"Diversifying profiles at the Assembly"

Initially supported by the PS, it was finally invested Thursday by the environmentalist party to which this constituency was devolved within the framework of the New Popular Ecological and Social Union, or NUPES.

Stéphane Ravacley, who values ​​his independence, will not join the EELV environmental training, but if elected he will sit with the EELV group in the National Assembly, he said.

The regional secretary for Europe Ecology-Les Verts in Franche-Comté, Cécile Prudhomme, underlines "the tradition of EELV to give a chance to open candidates with an interesting profile".

"Stéphane Ravacley's candidacy really has an interest in diversifying profiles in the National Assembly, as a baker is a profession that is never represented", she adds.

The second district of Doubs is the one where EELV made its best score in Franche-Comté in the presidential election.

It "is winnable, even if it will be difficult", estimates Cécile Prudhomme, while the outgoing LREM deputy, Éric Alauzet, candidate for his re-election, had been "the best elected deputy in France in 2017".

Stéphane Ravacley is "one of the only 'civil society' candidates to unite the left around his candidacy" for the next legislative elections, notes in a press release the Quartier Général collective which supports his candidacy and his campaign.

Son of a farmer, baker in Besançon for 25 years, Stéphane Ravacley had led a ten-day hunger strike in January 2021 to protest against the possible expulsion of his Guinean apprentice, Laye Fodé Traoré, an isolated minor who had not obtained residence permit upon reaching majority.

The situation of the young man had finally been regularized by the prefecture of Haute-Saône.

In February, the day after the Russian offensive in Ukraine, he launched an appeal for donations to help Ukrainians and transported 25 trucks of humanitarian aid to Poland.