The German conglomerate Siemens unveiled on Thursday a hydrogen train model developed with the rail operator Deutsche Bahn, with a view to first commissioning in 2024 in regional transport. 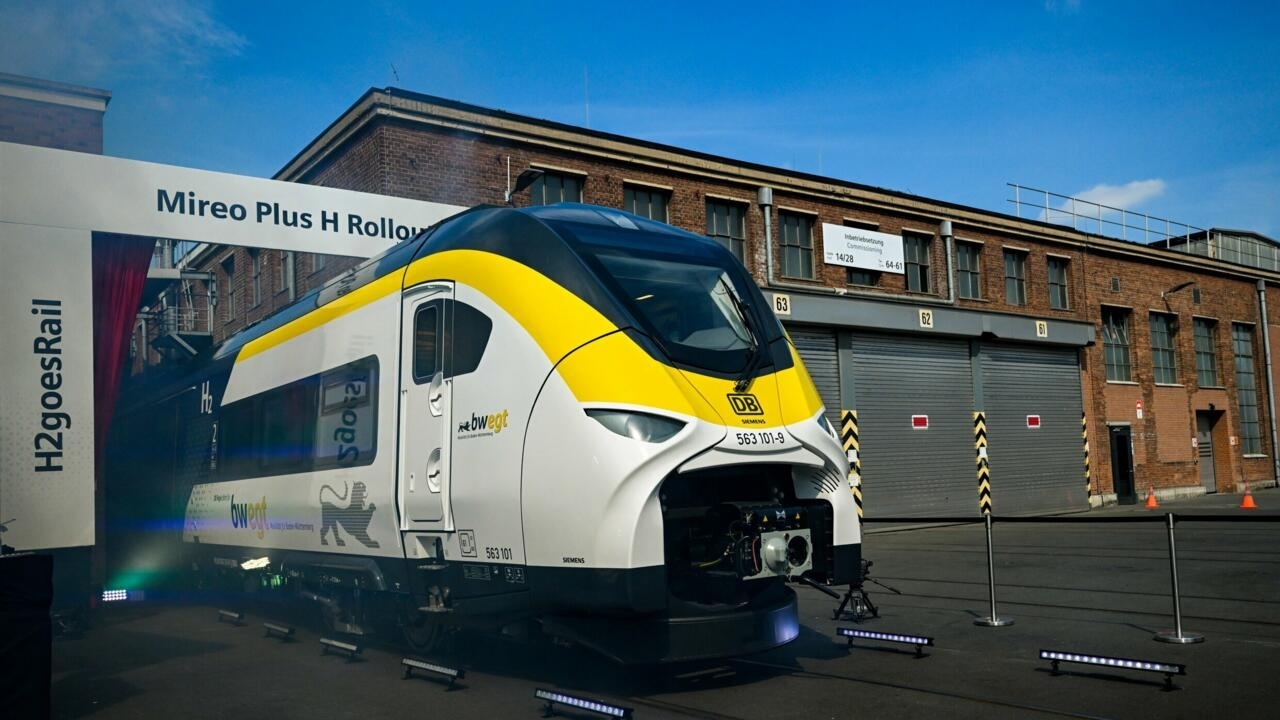 The vehicle powered by its mobile hydrogen storage trailer should eventually "replace diesel railcars in regional transport", according to a press release from Deutsche Bahn.

Using hydrogen on the rail, to drive without polluting emissions, is part of the German government's project which wants to "electrify 75% of the rail network by 2030", commented Michael Theurer, Secretary of State to the Minister for Digital. and Transport.

This train model called "Mireo Plus H" operates without emissions with "green hydrogen", produced from clean energy, releasing only steam and water.

“Each delivered train will save up to 45,000 tonnes of CO₂ over a 30-year lifespan compared to the corresponding car journeys,” according to Michael Peter, CEO of Siemens Mobility.

Deutsche Bahn supported the development of a service station capable of refueling a hydrogen train as quickly as a diesel train.

The Mireo Plus H will begin trials in Baden-Württemberg (southwest) in 2023 for first commercial operation from 2024, between the cities of Tübingen, Horb and Pforzheim.

With this program Siemens is trying to catch up with its French competitor Alstom, which already markets hydrogen passenger trains: 41 trains have been ordered by two German Länder and experiments have taken place in Austria, in the -Bas (with Engie), in Poland, Sweden and France.

Siemens Mobility CEO Michael Peter in front of the new Mireo Plus H hydrogen train on May 5, 2022 in Krefeld, Germany Ina FASSBENDER AFP