“Persecution for dissent”: Ukrainian blogger Anatoly Shariy detained in Spain at the request of the SBU

Law enforcement agencies of Spain, at the request of the SBU, detained a Ukrainian blogger, journalist and politician Anatoly Shariy, whom the Kyiv authorities suspect of treason. The Spanish court ruled to leave the blogger at large on bail. According to experts, the detention of Shariy demonstrates how those who spoke openly about the crimes of the Kyiv regime are being persecuted. 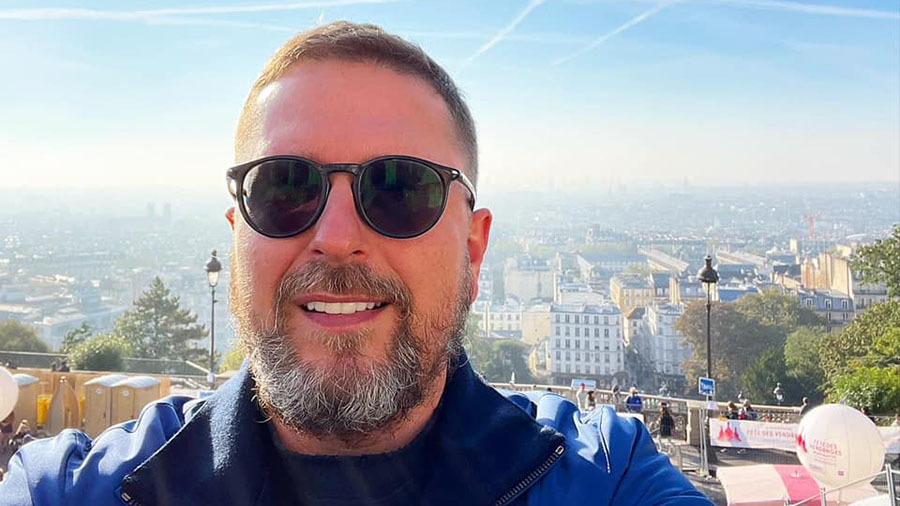 Law enforcement agencies of Spain have detained a Ukrainian blogger, journalist and leader of the Shariy Party Anatoly Shariy.

This was stated by the Security Service of Ukraine in the Telegram channel.

The department noted that the detention was carried out by law enforcement officers of Spain in close cooperation with the Ukrainian special services.

According to the SBU, Shariy is a suspect in Ukraine under two articles - "Treason" and "Violation of the equality of citizens depending on their race, nationality, religious beliefs, disability and other grounds."

The department believes that the blogger carried out illegal activities to the detriment of the national security of Ukraine in the information sphere and, presumably, acted on the orders of foreign structures.

The Spanish police confirmed to RT the detention of Anatoly Shariy in the city of Tarragona on an international warrant.

As a source in Spanish law enforcement agencies told TASS, Shariy was detained in Tarragona by the national police.

Later it became known that the judge decided to leave Shariy free on bail.

This information was confirmed by the National Judicial College of Spain.

The blogger will have to appear in court twice a month, his passport was taken away and he was forbidden to leave the territory of Spain.

So, in November 2020, the SBU opened a criminal case against Shariy because of the map of the country shown in a YouTube video without Crimea and Donetsk and Luhansk regions not controlled by Kyiv.

On February 16, 2021, the Security Service of Ukraine stated that it suspects Shariy of committing high treason.

According to investigators, Shariy "discredited the state policy of Ukraine, deliberately and purposefully disseminated manipulative, distorted information about government initiatives and events in the east of the country."

Also in February 2021, under the pretext of combating the propaganda of the “aggressor country”, the Kyiv authorities imposed sanctions against several Ukrainian TV channels, and later extended restrictive measures to the STRANA.ua publication and Shariy’s media resources.

In August 2021, the National Security and Defense Council imposed sanctions against Anatoly Shariy and his wife Olga, which were approved by Vladimir Zelensky.

In March 2022, the President of Ukraine announced that the National Security and Defense Council of the country had suspended the activities of a number of political parties, including the Opposition Platform - For Life, the Sharia Party and a number of others.

Member of the State Duma Committee on International Affairs Dmitry Belik, in a conversation with RT, noted that the detention of Shariy once again demonstrates how those who spoke openly about the crimes of the Kyiv regime are being persecuted.

“Of course, such people are inconvenient for the Kyiv authorities.

The formula is simple: if you tell about what is happening as it is, then you are suspected of treason.

The SBU will not fail to deprive those who criticize the policy of official Kyiv from the opportunity to speak, and will find them even in democratic Spain, which has not turned out to be a reliable enough country to protect itself from persecution for dissent,” he said.

In turn, political scientist Alexander Dudchak expressed the opinion that if the blogger is extradited to Ukraine, "nothing good will shine for him."

“We could see from Medvedchuk: if they allow themselves this, we can imagine what Sharia is waiting for.

Let's hope that the Spaniards have the conscience not to participate in these political showdowns between the Nazis and their citizens.

Europe does not want to notice that the most severe terror is happening in Ukraine,” he said.

A similar opinion was expressed by RT Deputy Director of the Institute for Strategic Studies and Forecasts of the RUDN University, a member of the political council of the MGER Victoria Fedosova.

“The detention of Shariy in Spain is a confirmation of the witch-hunt campaign that Ukraine is waging against public figures, banning political parties and the media, preventing any real assessment of the events and their prerequisites.

Shariy's structures have recently been actively involved in humanitarian assistance to the inhabitants of Ukraine.

He tried to be critical of everything.

The Ukrainian authorities are carrying out illegal activities under the flag of "treason" and "collaborationism," she said.

In her opinion, the West is no longer talking about “freedom of speech”, instead they are heading for gagging, in solidarity with Ukraine.

Natalya Poklonskaya, deputy head of Rossotrudnichestvo, said on her Telegram channel that Shariy's detention is illegal and aimed at intimidating independent journalists.

“This decision is absolutely illegal and politically motivated, aimed at intimidating everyone who is still able to have an opinion that differs from the official versions,” she said.