Kim Kardashian and the controversy of Marilyn's dress: she only wore it for a few minutes and with her butt in the air

Kim Kardashian (41) tried to become Marilyn Monroe for a few hours at the MET gala, but her famous and voluminous butt played tricks on her. Despite submitting... 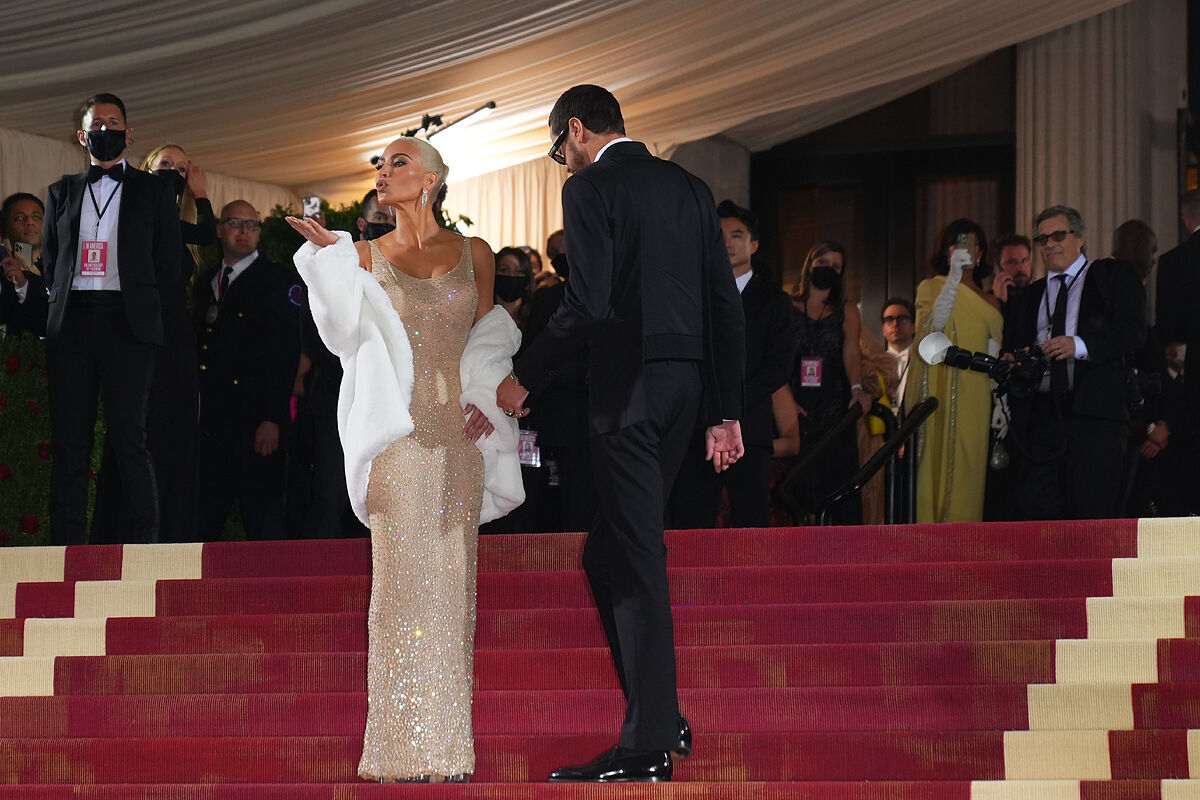 , but her famous and voluminous butt played tricks on her.

Despite undergoing a strict diet and donning a

to lose seven kilos in three weeks, she was unable to button up the iconic dress in which the actress sang

to John F. Kennedy in 1962. Marilyn She was also curvaceous, but not as curvy as Kim, who in recent years has developed a silhouette with a small waist but prominent hips and an exaggerated rear.

, but they did not succeed.

had to wear it with a

Minutes later she changed to wear a

replica of the original

that, this time, did fit her body perfectly.

And it is that, apart from sizes, the star of the Kardashian clan had to accept several conditions to wear the iconic garment, such as the commitment

not to put on any cream

that could stain the fabric, and to wear it only on the red carpet and on the stairs of the MET.

In the video, posted by

, Kim is seen panicking as her team struggles to take it on.

can we leave it open?

The dress was commissioned by Marilyn to designer

for the gala organized by the Democratic Party in New York's Madison Square Garden in May 1962, a few days before

It was made in a flesh color with

thousands of pieces of rhinestones

Gentlemen, do you prefer blondes

The garment was so tight that, according to legend,

it had to be sewn onto her body

before her performance before the president.

The dress is part of

and holds the record for the highest price at auction: it