On the anniversary of the establishment of Israel on the ruins of Palestine... the occupation tightens its siege on the West Bank and Gaza, and the American ambassador confirms that another war is contained

The closure decision imposed by the Israeli occupation on the Palestinian territories entered the commemoration of the Nakba; It took effect this afternoon, while the US ambassador to Israel confirmed the containment of a wave of escalation between the Palestinians and Israelis. 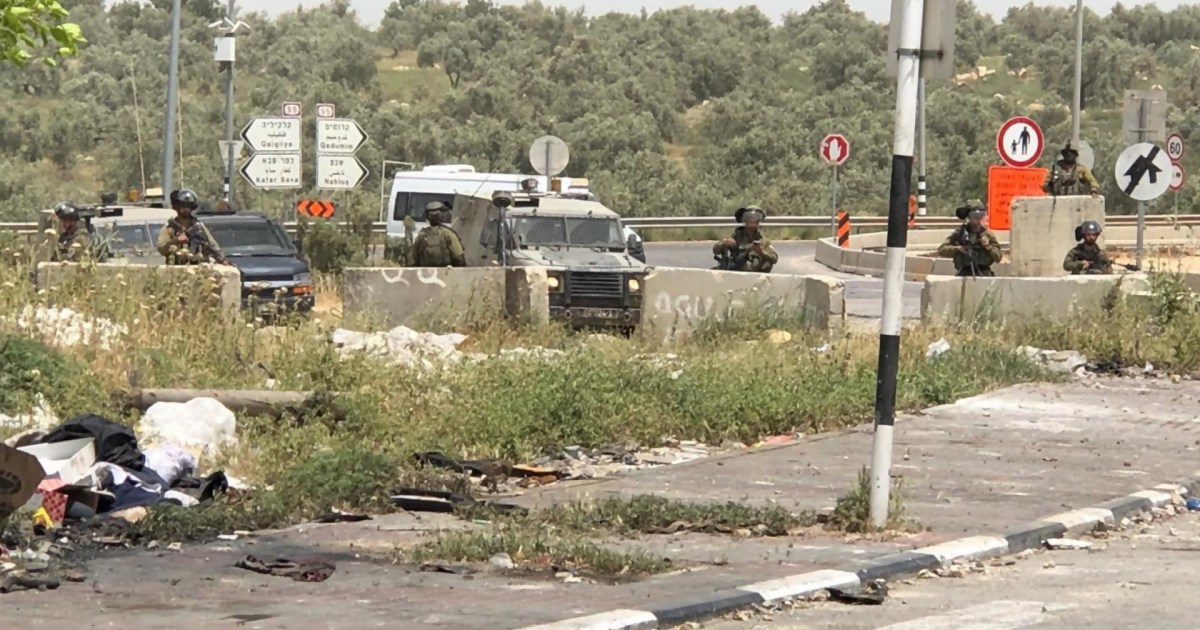 The closure decision imposed by the Israeli occupation authorities on the Palestinian territories entered the commemoration of the Nakba;

It came into force since 3:00 p.m. on Tuesday, and while a Palestinian official rejected the threat of extremist groups to raise the Israeli flag at Al-Aqsa Mosque, the US ambassador to Israel confirmed that a wave of escalation had been contained between the Palestinians and Israelis.

The Israeli army spokesman, Avichai Adraee, announced the imposition of a comprehensive closure on the West Bank, and the closure of the crossings with the Gaza Strip, coinciding with Israel's revival of the day it was established on the ruins of Palestine.

The closure will end at midnight next Friday, after assessing the security situation.

The Israeli authorities said that only humanitarian, medical and exceptional cases will be allowed to enter the country, based on a permit from the army coordinator in the West Bank.

Adraee added that he would prevent workers and permit holders from the West Bank from entering Jerusalem and Israel.

And the Israeli forces arrested last night in the West Bank, people it said were accused of involvement in what it described as "terrorist operations".

For his part, the Chief of Staff of the Israeli army said that Tel Aviv is facing threats from all fronts and is preparing for any development.

In turn, Israeli Prime Minister Naftali Bennett stressed that Israel is capable of confronting threats, both near and far.

He added in his speech that Israel possesses a power that surpasses all its enemies combined, as he put it.

In a related context, the US ambassador to Israel, Thomas Nedis, said that the region was about to enter another war, but we succeeded in avoiding that.

Nedis added that the diplomatic efforts led by the United States with some countries in the region succeeded in containing the recent wave of escalation between the Palestinians and the Israelis.

On the other hand, the Israeli army arrested a Palestinian youth who infiltrated the security fence with the Gaza Strip. No firearms or white weapons were found in his possession, and he was taken for interrogation.

Yedioth Ahronoth newspaper said that the Israeli police arrested a Palestinian boy after he lowered two Israeli flags in the city of Nazareth.

The video clip showed the 16-year-old boy climbing a lamppost and lowering the Israeli flag. Later, Israeli intelligence raided his family's home and arrested him.

Hebrew sources: "The occupation arrests a 16-year-old Palestinian after he lowered the Israeli flag from a pole in the occupied city of Nazareth." #Palestine pic.twitter.com/L4uJ27IPRV

The Al-Qassam Brigades, the military wing of the Islamic Resistance Movement (Hamas), had claimed responsibility for the attack on the Ariel settlement near Salfit, which resulted in the death of an Israeli security guard.

Al-Qassam Brigades also confirmed that the operation is part of a series of responses to the desecration of Al-Aqsa Mosque and the aggression against it, and it will not be the last, according to the statement.

Hamas reported that the announcement by its military wing of adopting this operation, which was carried out by two Palestinians, is the inauguration of a new phase of resistance to the occupation in the West Bank and a victory for Al-Aqsa Mosque.

Last Friday, Israeli media reported that a security guard in Ariel settlement was shot dead by Palestinian gunmen, before the occupation army announced the next day the arrest of two Palestinians from Salfit governorate for allegedly carrying out the attack, and seizing weapons with them.

For his part, a member of the Executive Committee of the Palestine Liberation Organization, Hussein Al-Sheikh, said that the settlers' calls to raise the flag and sing the Israeli anthem at the Temple Mount is a blatant challenge to the feelings of Palestinians, Arabs and Muslims.

The Sheikh added in a tweet to him that the settlers’ threat to this is a continuation of racist extremist campaigns that seek to perpetuate division in the Haram al-Sharif and ignite a national religious war in the region.

In a statement, the extremist right-wing "Activists for the Temple" called for celebrating "independence" on the Temple Mount (in reference to the Al-Aqsa Mosque), waving the flag and chanting the Israeli anthem.

During the month of Ramadan, Al-Aqsa witnessed severe tensions, with multiple Israeli incursions into the courtyards of Al-Aqsa Mosque, which left dozens of wounded and detainees.