Louis Witter, photojournalist and "little pebble in the shoe" of the State in Calais

Louis Witter is a French freelance photojournalist. A fighter and resourceful since his high school, he gradually established himself as a specialist in exile and migrants, from Iraq to the city of… 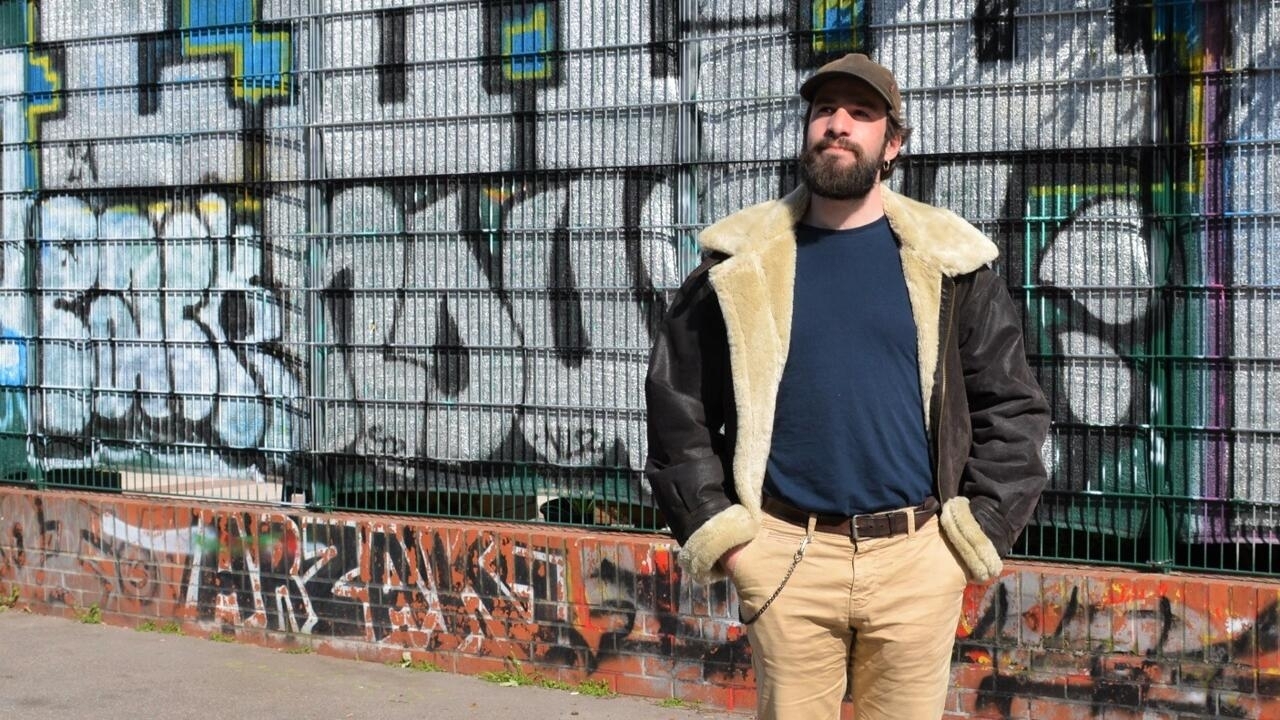 Louis Witter, photojournalist and "little pebble in the shoe" of the State in Calais

Adventurer and resourceful since his high school, he gradually established himself as a specialist in exile and migrants, from Iraq to the city of Calais, in France, via Ceuta or Hungary.

At 26, the young man assumes his rage in his stomach and his freedom to inform.

The young photojournalist waits on the terrace of a Parisian troquet, cap screwed on his head, his fluffy aviator coat on his back, far too hot for the time.

A film camera basks in the sun.

It heats up at the same speed as its beer, while its owner greets us.

Louis Witter returned to Paris for a few days to see his family, before leaving to cover the work of associations in Calais, in the north of France, where migrants who hope to reach England flock every day.

One of the many frontiers he has covered

in ten years of fieldwork

Leaving the south of France at the age of 16 with his military father and his family to live in Paris, Louis discovers the city of light... and its tear gas.

No more passionate than that by his final year, the high school student regularly skips class to cover the demonstrations against the opening of marriage to people of the same sex, which are gaining momentum.

I lived in places where I could meet some fachos.

I really wanted to understand how overnight you become so intolerant of people, which leads you to want to forbid two people to marry you.

And in general, it went hand in hand with enormous racism

His photos earned him a finalist in the competition for the best student photo reportage at Paris Match.

He does not win the prize, but earns the hatred of certain far-right activists, who are waiting for him downstairs to threaten him... photos of a media when you are not working on it.

On the roads of exile

A literary baccalaureate in the jacket (“

It was there that he discovered the refugee camps of Marx Dormoy, to the north of Paris: "The

I didn't understand what was going on.

To read also: Migration crisis: the UN banned from access to the border between Poland and Belarus

With the money from the sale of a few photo prints, he takes his grandmother's car and sets off on a 6,000 kilometer journey on the roads of exile, with a cameraman friend.

He is 20 years old, and discovers that in Serbia, Hungary, Austria or Germany, the reception conditions for migrants are different, but never positive.

I realized that the European countries did not welcome in the same way, but that in all cases they welcome very badly, there is no openness on this subject from a Europe which nevertheless in his speech, he calls himself a land of welcome.

So the young journalism student moves, as much as possible.

His eyes come alive, his arms wave when he recounts his wanderings.

the November 2015 attacks in France

, he left without warning his school in Iraq with two comrades to meet the Kurds who had taken over territory occupied by the self-proclaimed Islamic State (IS).

A month of preparation to contact correspondents and Kurds in France to obtain passes.

The experience confirms his desire for encounters, even if he is aware of the dangerousness of his approach: "

I realize the immaturity of the approach, in the sense that you leave at 20 years old… The stories were not necessarily constructed, we have lots of photos and texts that tell lots of little things, but we don't There was no story to speak of on that camp.

Today, it is he who is contacted to intervene with young budding journalists, to prevent them from going into the field without precautions.

The following year, still at school, he filmed migrants occupying a ferry in Calais.

His images are taken up by major television channels.

The sum allows the photojournalist in training to go on a five-month internship in Lebanon, without having to worry about working on the side.

After his school, Louis spent two years in Morocco to become a correspondent.

He travels to Ceuta, the Spanish enclave on the African continent.

Ayman and Rachid, from Martil, Morocco, are both 17 years old.

They had been waiting in Ceuta for 45 days, to go to Europe under a truck.

There, he photographs and exchanges with young, isolated migrants: "

They lived in total misery, were between 12 and 17 years old... Minots who fall into the glue, others who are looking for odd jobs, y others who are trying to go to Europe, kids who still have their schoolbags on their backs… that made me ask myself a lot of questions about our reception conditions.

The coronavirus does not help.

Migrants in the lens

So on his return from Morocco, Louis Witter goes back and forth to Calais, which he had already covered before leaving for Morocco.

Finally, it is over there that he finds his place, in the middle of this "

city within the city

these migrants who are desperately trying to reach the coast

The peak of the 2016 migration crisis has passed, the shantytown has been evacuated and the major media have left Calais to focus on other news.

But the police are still patrolling, regularly stopping the associations to check them and evacuating some of the migrants scattered in camps here and there every 48 hours, who come back tirelessly, despite fatigue and hunger, despite disturbed sleep.

At the dawn of the presidential election, a little thread on Calais, a French border town where the law is so often flouted by the state and where violence has unanimously been directed against exiles and those who help them during this quinquennium ⤵️ pic.twitter.com/plqBDZKh9v

It's him and his colleague

which prove that migrant tents are torn apart by workers from cleaning companies supervised by the police.

But the French Minister of Justice and that of the Interior deny.

got angry, saying something

like “how can we suggest that the tents be cut with a knife?”,

… and the next day, expulsion to Grande-Synthe.

I have the same draws from the knives in the tents.

It's still crazy to think that two ministers of state, in important positions, manage to deny factually documented things for a year, and on several occasions.

Since then, the cleaners no longer cut the tents.

But the associations are still controlled or even fined regularly, because they distribute water and food to migrants in streets where it has been forbidden to do so for a year and a half.

The photojournalist continues his work: “

This job is not fundamentally useless, but my vision of journalism has changed since school.

I had a somewhat erroneous vision of what journalism can or cannot change.

Being the little pebble in the shoe of Darmanin and Dupont-Moretti in that corner makes me very happy.

Report what touches him

Louis Witter contrasts with these adventurous photojournalists who spend their time rolling mechanics, who run from one hot spot to another crossing the globe.

If he has all the paraphernalia to be part of it, from the bomber jacket to the camera slung over his shoulder, he questions this way of working.

What he saw in Calais suits him more.

Far from defending sanitized journalism, weighed down with social distancing, he likes the idea of ​​journalism that lives its subject: “

When you're in other countries, it's easy to go and deal with a subject, to tell people's lives without being at home.

There, the question of Calais, of the reception in Paris, it involves you a little more as a journalist because you tell yourself that it's at home that it's happening, it's my taxes that finance the 2 000 cops mobilized daily in Calais.

Guilt creeps in, too.

Louis has kept in touch with Akam, an Iraqi Kurd who was dragged out of his lacerated tent and lives in Scotland.

He said to me:

'We fought Daesh, France was our allies, we smoked those people for you and I go into exile and that's how they treat me, they pitch my tent and I'm being thrown away like dirt? It's nonsense."

It pisses you off even more.

Because now he's in Scotland, he's

, he's got a girl, he's got his apartment, everything is going well while he was in the tent, like a dog, in the cold.

“For the future, he does not prefer to project himself too much.

He will leave Calais in August, knowing full well that he will be there regularly, and will settle in Paris.

What he hopes above all is not to find himself too quickly blocked behind a desk.

To read also: Muhamed Gafić, defending Sarajevo to the roof of the world