Long held in check at San Siro, AC Milan won 1-0 against Fiorentina on Sunday and will be sure to retain their leading position at the end of the 35th day of Serie A. 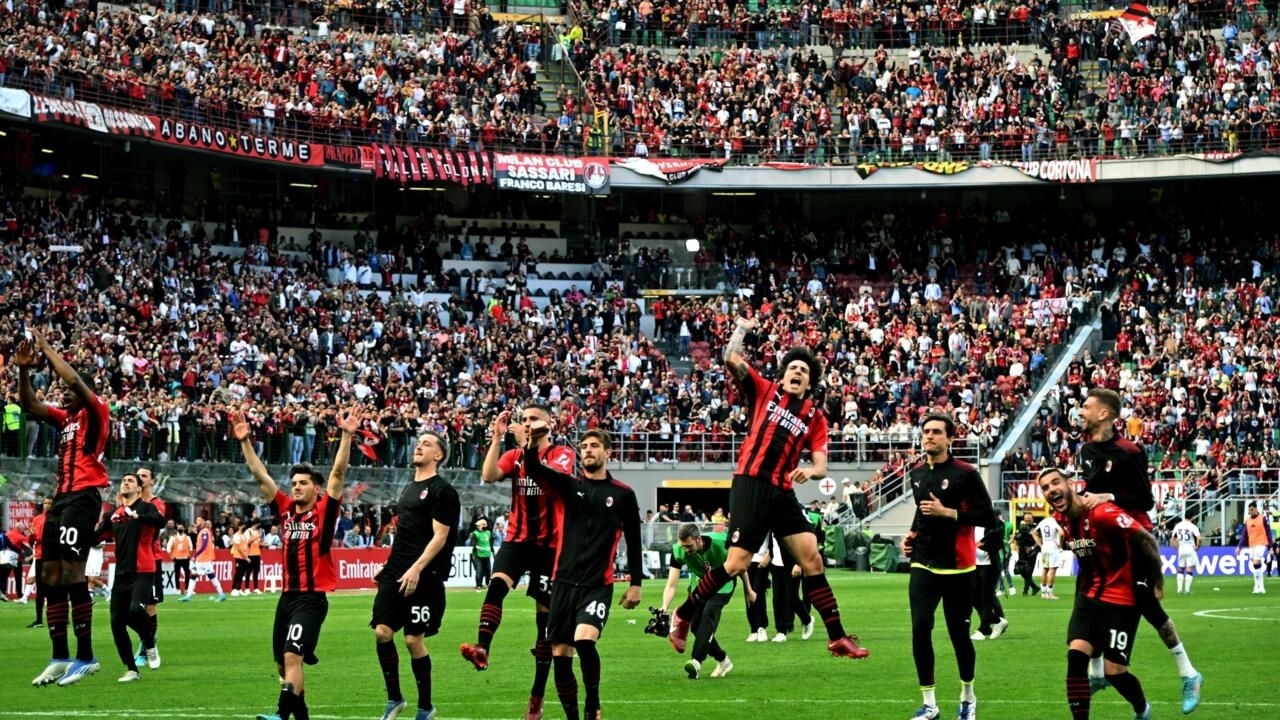 The team of Zlatan Ibrahimovic and Olivier Giroud temporarily takes a five-point lead over Inter, who will have to win at Udinese (6 p.m.) to stay in the wake of Milan and keep their hopes of "scudetto".

On their way to their third goalless draw in their last five meetings, the Rossoneri were delivered by Rafael Leao in the 82nd minute.

The Portuguese inherited a poorly cleared ball from goalkeeper Pietro Terracciano, then fixed Nikola Milenkovic before unleashing a powerful shot.

Portuguese striker Rafael Leao opens the scoring for AC Milan at home against Fiorentina, during the 35th day of Serie A, May 1, 2022 at the Giuseppe-Meazza Stadium Tiziana FABI AFP

More incisive in the second half, under the impetus in particular of Théo Hernandez, Milan had first missed several opportunities like a first strike from Leao in the stands (48th), Franck Kessié's shot stopped by the goalkeeper Florentine (52nd) and the recovery of Ante Rebic cleared on the line by defender Igor Julio (71st).

Goalkeeper Mike Maignan was decisive for the Milanese by repelling a close-range header from Arthur Cabral (77th).

Five minutes before the goal of Leao's deliverance.

In the other match played at 3 p.m., Torino won at Empoli 3-1 thanks to a hat-trick from Andrea Belotti, including two goals from the penalty spot.

The Toro climbed to 10th place, while his opponent of the day remained 14th.

At the start of the afternoon, Juventus consolidated their fourth place in Serie A, the last qualifier for the Champions League, by beating the red lantern Venice (2-1), thanks to a double from Leonardo Bonucci.

Leonardo Bonucci scored twice for Juventus against Venice on May 1, 2022 in Turin Marco BERTORELLO AFP

The Turinese are ten points ahead of Lazio (5th), victorious on the wire at La Spezia on Saturday (4-3), and eleven over AS Roma which receives Bologna (13th) in the evening (8:45 p.m.).