For the fourth time in a month... the red guest invades Iraq again and stops air traffic at Baghdad and Najaf airports

A dust storm swept through several Iraqi provinces again, the fourth in a month, and the atmosphere in the capital, Baghdad, turned red, and led to the closure of its international airport, and Najaf airport suspended its flights. 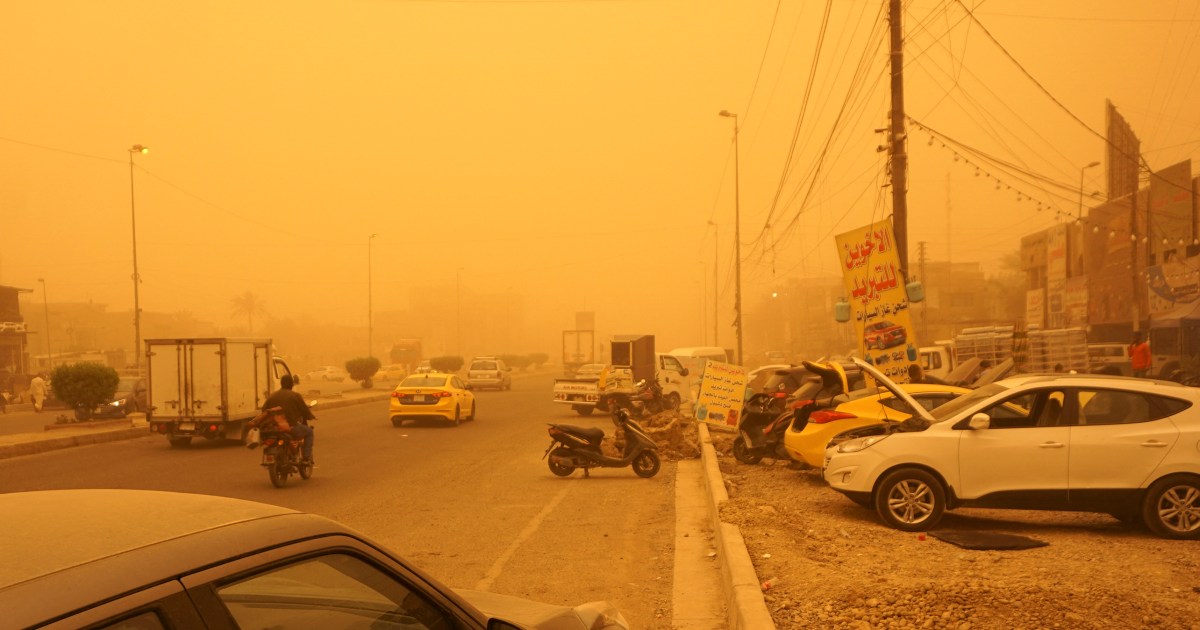 A dust storm swept through several Iraqi provinces again, the fourth in a month, and the atmosphere in the capital, Baghdad, turned red, and led to the closure of its international airport, and Najaf airport suspended its flights.

The Iraqi News Agency said that the storm hit the governorates of Baghdad, Anbar, Karbala, Najaf and Salah al-Din, affecting the field of vision, and causing cases of suffocation among a number of citizens.

My photos from the office roof , Baghdad is in its orange color .

Sandstorm hit almost all the cities in the country.

The Baghdad airport administration said in a statement that "it was decided to stop air traffic for this day, Sunday, due to bad weather conditions and visibility of less than 500 meters," noting that "the movement of incoming and outgoing aircraft will return to normal if the weather conditions improve."

Najaf Airport also suspended flights until further notice due to the rising dust.

This is the city of Karbala today, and Anbar also appears to have been swept by a great dust storm.

This is the real danger that is upon us.

Perhaps in a large way, it will be the main reason that will push some residents to migrate from one place to another.

In addition, we face the problem of water and climate change.

And the Iraqi Meteorological Authority had expected - yesterday, Saturday, in a statement - an increase in dust in the central and southern regions of the country today, Sunday, in a wave that will reduce its pace by the next day.

Dust storms are frequent in Iraq, the semi-desert country, especially in the spring, due to the lack of rain and the increase in desertification with the absence of a green belt around the cities.

Iraq is one of the countries most vulnerable to climate change and desertification due to the increase in drought cases with high temperatures that reach for several days in the summer to more than 50 degrees Celsius.

The World Bank warned last November of a 20% decrease in Iraq's water resources by 2050 due to climate change.