Afghanistan celebrates Eid al-Fitr which marks the end of the month of Ramadan, the most important celebration of the Muslim calendar with Eid al-Adha, Sunday May 1. A symbol for the Taliban… 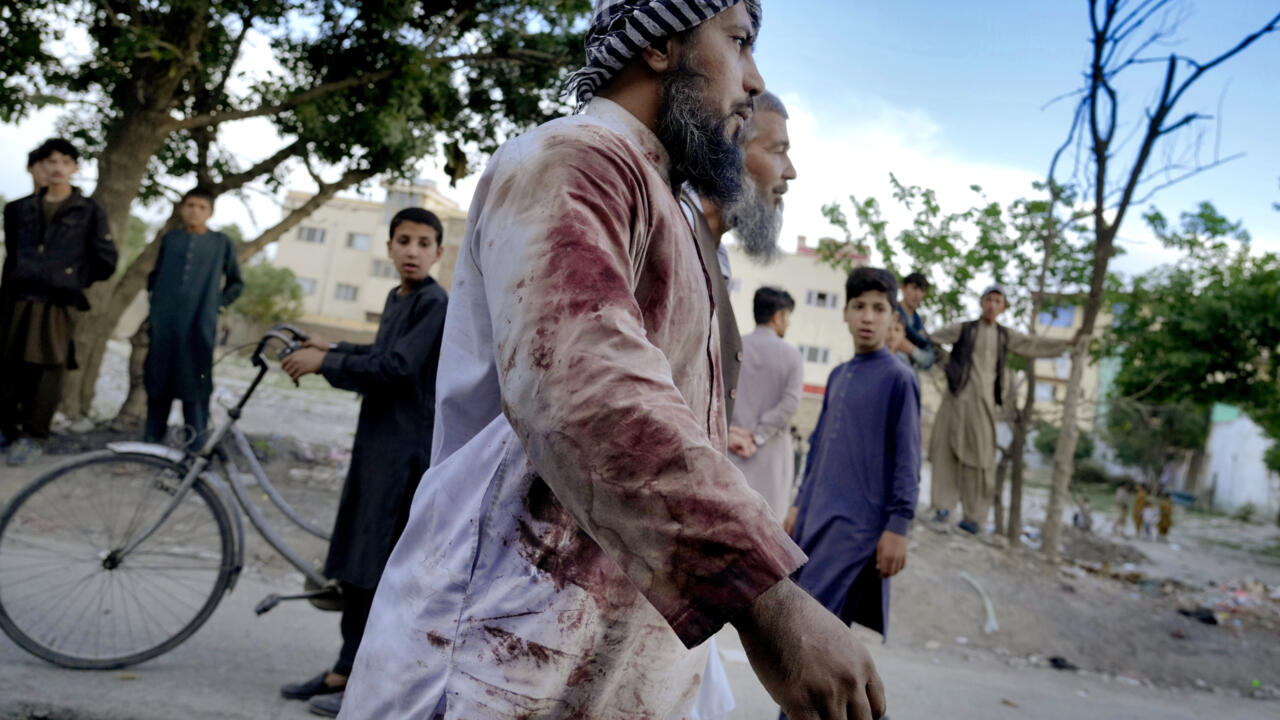 A bloodstained believer walks near a mosque hit by an explosion in Kabul, April 29, 2022. © AP - Ebrahim Noroozi

Afghanistan celebrates Eid al-Fitr which marks the end of the month of Ramadan, the most important celebration of the Muslim calendar with Eid al-Adha, Sunday May 1.

A symbol for the Taliban who took power eight months ago after 20 years of war against the former Afghan government, supported by the international coalition.

The war is over in the country, but on Saturday evening, when the date of Eid was announced, the guns were heard in Kabul.

As soon as the date of Eid announced by the Taliban leaders, Saturday evening, shots began to tear through the night in Kabul.

There are gunshots everywhere.

My children are terrified, they are crying.

The Kabul police spokesman took to social media around 11:30 p.m. local time to condemn the gunfire, but they continued, albeit more sporadically, well into the night.

Afghanistan will therefore not celebrate Eid al-Fitr like Saudi Arabia and several other Muslim countries on Monday.

The Islamic Emirate, as it is nicknamed, shows above all its religious and political authority, which has still not had the recognition of the international community.

Eight months after taking power, the

Taliban are still seeking this recognition

International sanctions on the country have dealt a major blow to Afghanistan's economy.

The humanitarian crisis there is one of the worst

The country is not done with violence either.

Kabul was without electricity on Saturday April 30 after electricity pylons were targeted by bombs in Parwan province.

Attacks are increasing against the Taliban security forces and against the Shiite Hazara minority.

The Islamic State group claimed responsibility for the attack on a minibus in western Kabul, killing at least five people, according to local media.

On Friday April 29, at least ten people were killed

in an explosion that hit a mosque in Kabul

From ex-soldiers to pariahs, the upset destiny of the soldiers of the Afghan army