After the C1, the big maneuvers Paris SG and Lyon, opposed Saturday (9:00 p.m.) in the semi-final return of the Women's Champions League, must manage several complex contractual situations in… 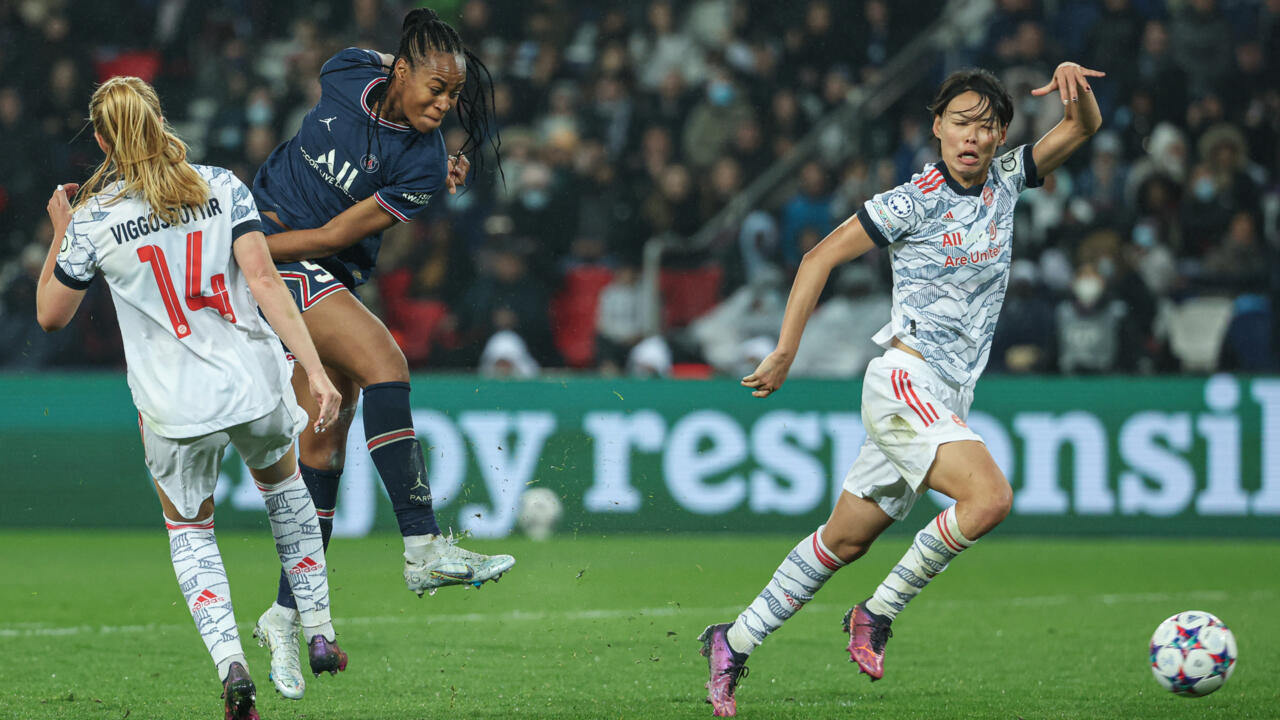 At PSG, which has just extended its winger Sandy Baltimore until 2024, midfielders Sara Däbritz, Luana and Aminata Diallo are also at the end of their contract, like international Amel Majri and defender Kadeisha Buchanan at OL.

So many issues that will animate the coming weeks, especially since the two flagship teams of the French championship, in the running on Saturday for a place in the C1 final (first leg: 3-2 for Lyon), have become accustomed to providing at the rival in recent years.

This is by far the hottest issue in the transfer window.

At 23, the top scorer in women's D1 (17 goals) Marie-Antoinette Katoto casts doubt on her future, two months from the end of her contract.

The major asset of the Parisian attack and the France team put pressure on her club by acknowledging to AFP that she was "in total disagreement" with PSG in early April, demanding "real acts ".

"There are a lot of discussions (with other clubs), a lot of considerations", added the centre-forward, "open to everything" for his future, while the interest of Lyon and Barcelona was mentioned in the press.

PSG have confirmed through the manager of the women's section Ulrich Ramé that they want to make Katoto "the spearhead of next season and the future", and according to the specialized press, this will go through a salary increase. , at least up to Kadidiatou Diani, the highest paid player in the squad.

The "acts" requested by Katoto from the Parisian management have not been publicly displayed, but the Kheira Hamraoui affair weighs heavily in this file.

It is indeed difficult to imagine Katoto and Hamraoui evolving side by side next season: relations between the two players have been icy since the attack on the midfielder in November, still unsolved, then the custody of his partner Aminata Diallo, released without charge against her and defended in the locker room by Katoto and Diani.

But Kheira Hamraoui (32) still has a year of contract with PSG, which complicates the file.

Will she agree to end it early?

Where could she bounce?

So many questions that PSG will have to answer quickly.

Kheira Hamraoui tackled in the quarter-final second leg of the Women's Champions League against Bayern Munich on March 30, 2022 in Paris.

However, Hamraoui's future has taken a new turn in recent days.

After an altercation on Saturday before the semi-final first leg, the former Barcelonan did not show up for the trip to Lyon and was sidelined from training until the weekend, after a meeting attended by the sporting director Leonardo.

Will she wear the Parisian jersey again?

Fox, the envy of elsewhere

In Lyon, the main question concerns captain Wendie Renard, who has just celebrated, at 31, her 100th Champions League match.

At the end of the contract in June, the captain of the Bleues has never hidden her desires elsewhere, after 15 years at OL.

"If I have to try a new experience, it's now. We don't know what tomorrow will bring, so I don't know. But the president knows that I want to see another championship. I always have it said", said the defender to the daily Ouest-France in February.

The joy of Lyon captain and defender Wendie Renard, after scoring from the penalty spot against Paris Saint-Germain, in their Champions League semi-final first leg, on April 24, 2022 at Groupama Stadium in Décines-Charpieu JEAN- PHILIPPE KSIAZEK AFP/Archives

If the attacking players are secure at least until next season (Catarina Macario, Ada Hegerberg, Melvin Malard, Delphine Cascarino), two midfielders are out of contract: Amel Majri, currently pregnant, and Sara Bjork Gunnarsdottir, who has, she gave birth in November to a baby boy.

"We try to anticipate. Being leaders in women's football but also in the conditions in which it is played can allow us to be innovative, in particular with Amel and with others", explained the president. Jean-Michel Aulas in February.