A businessman and an army captain who allegedly stole military secrets in exchange for cryptocurrency were arrested by authorities in South Korea on Thursday (April 28th). An arrest… 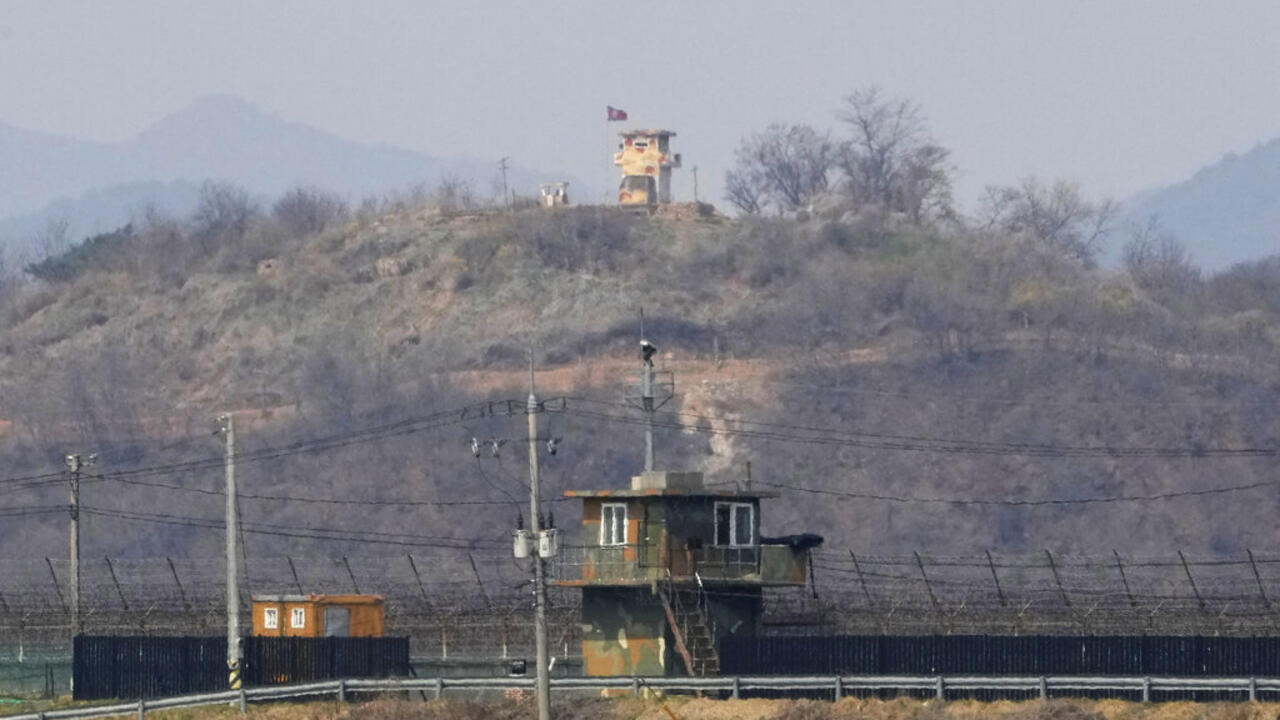 The South Korean checkpoint, in the foreground, and a North Korean guard tower, in the background, in Panju, near the border with North Korea, on April 5, 2022 (illustration image).

A businessman and an army captain who allegedly stole military secrets in exchange for cryptocurrency were arrested by authorities in South Korea on Thursday (April 28th).

An arrest which comes in a tense context on the peninsula, while Monday Kim Jong-un had agitated the nuclear threat during a large military parade.

A 38-year-old South Korean businessman who gives an army captain a watch with a hidden camera to tell North Korea military secrets.

The scene is not taken from a James Bond set in the middle of the Cold War but from a South Korean police statement on Thursday.

The two men managed to transmit to a North Korean spy the login credentials for an internal communication system of the army.

A job for which the soldier will have received nearly 37,000 dollars in cryptocurrencies.

A paltry sum compared to the 600,000 dollars received by the businessman, also in cryptocurrencies.

The latter would have tried to hack military secrets of greater magnitude using a USB key.

North Korea, very impoverished by international sanctions and isolated since the start of the pandemic, has resorted to virtual currencies to fill the regime's coffers.

Last March, hackers linked to Pyongyang would have managed to steal more than 620 million dollars of cryptocurrency via an online game.

Enough to finance many other espionage operations.