A joint operation of the National Police and the Civil Guard has made it possible to dismantle the two most important criminal organizations in Campo de Gibraltar and Seville.... 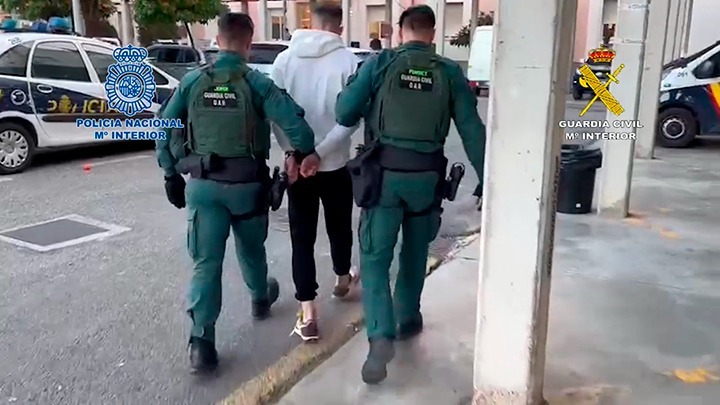 Some criminal networks dedicated to hashish trafficking and money laundering whose leaders worked together to obtain more economic benefits than acting separately.

The investigation, which began in 2020, has allowed the arrest of

, including the two leaders, as well as the intervention of 10,000 kilos of hashish, several high-end vehicles that had been stolen, firearms, eight drug boats, 12,000 liters of gasoline and 180,000 euros in cash.

The first signs of the agents date back to March two years ago when they identified, in La Línea de la Concepción (Cádiz), an individual who was circulating with a large amount of nautical material that drug traffickers usually use.

He also had a large amount of money hidden in his vehicle.

From there, an intense work began that allowed to find out the link with a well-known drug trafficker from the city of La Linea.

This subject is currently being searched for and captured for this and similar events.

Due to the police pressure that, in recent years, has been carried out in the area of ​​the Strait of Gibraltar, he established contacts with a criminal network based in Seville that was led by another well-known criminal and that introduced large quantities of drugs through the river Guadalquivir.

It was then that the first phase of the operation was carried out, now completed, which allowed the intervention of

3,500 kilos of hashish and the arrest of seven members of the organizations

Subsequently, in January of this year, another action took place at the La Línea customs office with the seizure of 2,440 kilos of drugs and in February another at La Atunara beach, also in a town in Cadiz, where four tons of drugs were found. hashish.

Likewise, several nurseries, places where illegal merchandise is kept, have been dismantled in both areas of Andalusia.

The members of the State Security Corps and Forces verified, during these years, the high standard of living that all the members of the network had and how they also participated in the theft of drugs from other organizations with less infrastructure than them.

The detainees and the seized material have already been made available to the competent judicial authorities.