San Miguel: the beer empire created in the Philippines with the help of a grant from Alfonso XIII

We owe the Philippines two sociological phenomena in our country: Isabel Preysler (71) and San Miguel beers. The former Spanish colony was the object of desire for a... 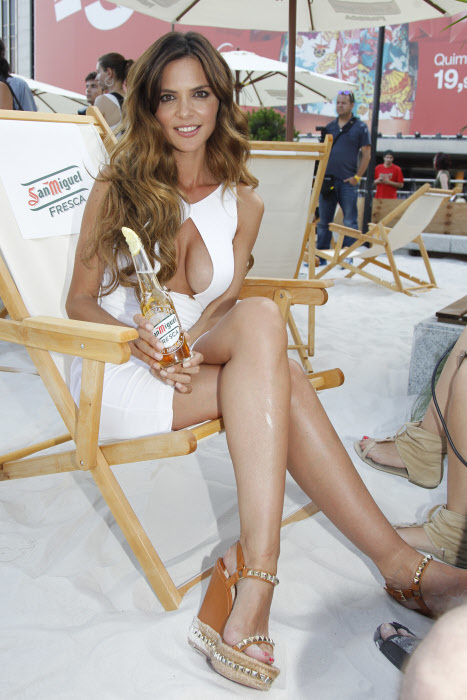 In 1890, the former Spanish colony was the object of desire for a group of

to embark on the adventure of creating the

and that of other partners in the purchase of

an old convent of

Augustinian Recollect friars that they converted into the San Miguel brewery.

To carry out that dream, Enrique María processed

a royal grant to the court of Alfonso XIII

that allowed him to

Although he equipped her with it, he created the most popular and delicious 'blonde', it is rumored that some of those brewing ingredients were devised by religious

Romina Belluscio was the image of the brand in 2013.GTRES

After hard work, the name chosen for the drink was

San Miguel because the inauguration

was scheduled for September 29, 1890, the feast of the archangel, and because the building was located in

the neighborhood of the same name

However, a strong storm postponed that special day to October 4.

At the beginning the company had

and after the entry of capital from some of the great names of the island's elite (Tuasón y Patiño, Róxas y Castro or Legarda y Tuasón) the

Above all, thanks to the appointment of Pedro Pablo Róxas and Castro as manager.

Barretto and Róxas had just left the business, and in 1903 they decided

to expand to Hong Kong, Shanghai and Guam.

The high point began with the entry into the company of Andrés Soriano Róxas in 1910, of which he became president and who became the

richest man in the country

thanks also to his work in Philippine Air Lines, in which the father de Isabel Preysler was executive director.

In addition, he was related to another Hispanic-Filipino family,

another of the great fortunes that always appears in the Asian

list and that in Spain are well known for being the

Oddly enough, despite its Spanish origins, the beer did not

reach our country until 1954

, when several tons of Asian yeast arrived on several ships after a 45-day journey.

The large power plant and distributor settled in

In 2000 Mahou acquired the company.

A few days ago, San Miguel sent a statement in which it transmitted that they had just been

During the two years of the pandemic, Mahou San Miguel helped the hotel industry with 380 million euros.