Americas press review Headlines: the death of Haitian President Jovenel Moïse, “national security matter” in the United States A person holds a photo of the late Haitian President Jovenel Moise, during his funeral at his family home in Cap-Haitien, July 23, 2021. REUTERS - RICARDO ARDUENGO Text by: Christophe Paget Follow 3 mins Advertisement Read more According to the Miami Herald , the Un 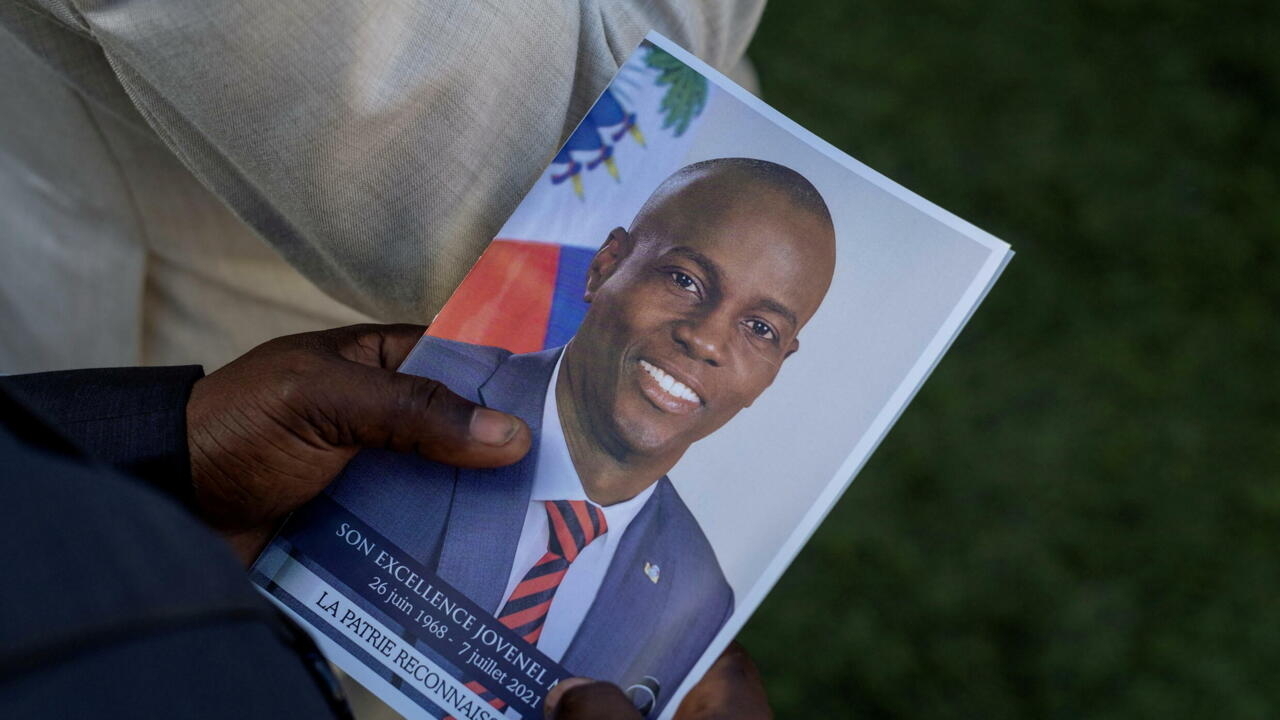 A person holds a photo of the late Haitian President Jovenel Moise, during his funeral at his family home in Cap-Haitien, July 23, 2021. REUTERS - RICARDO ARDUENGO

, the United States is trying to keep secret the links that certain suspects have with the FBI and the DEA – the American agency responsible for combating drug trafficking.

Miami prosecutors have, according to this article, "

even more opaque in the United States, and leave many questions unanswered

: how did a commando of Colombians, a former FBI informant and two former DEA informants ended up being charged with participating in the murderous assault

All this while, for its part, the Haitian investigation "

believes that this decision of the American justice "

does not help the image of the United States in Haiti either, where one always wonders if the American officials were aware that the assassination was going to be committed

Note that this Friday, the Haitian news site

echoes in an article these revelations from the American newspaper.

Protests in Colombia, one year after the general strike

, violence between some demonstrators and the security forces.

In Bogotá, despite the downpours, we demonstrated and banged on pots, talking about "  the need for '

, the weak guarantees for ethnic groups to stay on their land, the high cost of living and the defense of nature

A request was also made to the government to “

deal with the situation of the territories which find themselves caught up in conflicts between armed groups and, in the end, are victims of homicides and forced displacements

specifies that these demonstrations were organized all over the country: Medellín, Cali, Cartagena, Florencia.

During this day, Semana

followed the presidential candidate at the end of May, Federico Gutierrez, who visited the departments of Sucre and Cordoba, and gathered 5,000 people in the square of the native village of his main opponent Gustavo Petro.

Petro continues to rise, among other things because, starting from the national strike of last year, the people of the left have widened

He was fired on Wednesday.

is one of the oldest media on the island, celebrating its 100th anniversary this year.

had tried to modernize, in form and substance

he had revived interest in this publication, especially among young people, and tackled sensitive subjects, which other official media usually avoided

", such as the economic situation.

He also criticized the detention of academics who had taken part in the July 11 protests.

Faced with the criticism of this dismissal, the Cuban Communist Party finally reacted: in a tweet taken up by

, Enrique Villuendas Calleyro, an official of the ideological department of the Central Committee, affirms that he received Armando Franco Senén: "

I listened to his concerns about the magazine

, and I assured him of the Cuban Communist Party's willingness to respond to them

Assassination of Haitian President Jovenel Moïse: indictment in the United States of a second suspect

Haiti: the investigation into the assassination of the president is on the spot

In the spotlight: new revelations about the assassination of Haitian President Jovenel Moïse