Yemen.. Confirmation of commitment to the armistice amid a government warning of its collapse

The UN envoy to Yemen, Hans Grundberg, announced today, Thursday, the continuation of efforts with the Yemeni parties to establish the truce and to develop solutions to the outstanding problems, noting in a brief statement that the parties "confirmed their commitment to maintaining the truce." He said, “We work tirelessly to help them find sweets 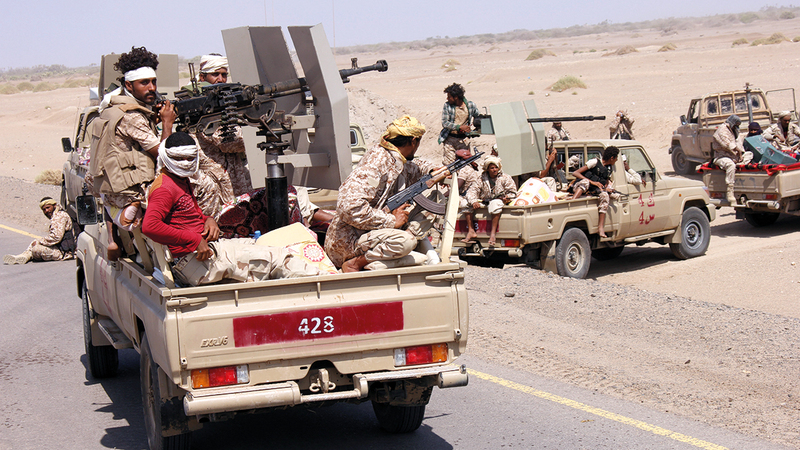 Yemen.. Confirmation of commitment to the armistice amid a government warning of its collapse

The UN envoy to Yemen, Hans Grundberg, announced today, Thursday, the continuation of efforts with the Yemeni parties to establish the truce and to develop solutions to the outstanding problems, noting in a brief statement that the parties "confirmed their commitment to maintaining the truce."

"We are working tirelessly to help them find solutions to resume flights from Sanaa, and we continue to push for progress on opening roads in Taiz and other governorates," he said.

"I have called on the parties to work constructively and in good faith to prioritize the interests of Yemeni civilians," the UN envoy added.

This comes at a time when the Yemeni government accuses the Houthi militia of obstructing the resumption of flights from Sanaa airport and the opening of roads in Taiz and other governorates.

The Yemeni government warned against the militias undermining the chances of peace, following the continued endangerment of the lives of citizens and the failure to abide by the humanitarian truce.

In a statement, the Yemeni Ministry of Legal Affairs and Human Rights condemned in the strongest terms the militias' continued targeting of civilians and violating the UN truce, the latest of which was the killing of civilians by sniping while they were herding sheep on their farms.

He pointed out, according to the official Saba Agency, that these efforts were met with the Houthi militia's continuous and flagrant violations of the armistice, and their continued attacks on Marib and other Yemeni cities with ballistic missiles and drones, which requires the international community and the Security Council to exert more pressure on the militias to stop their aggression and abide by the truce, which It forms the basis for achieving a comprehensive cease-fire.

The Saudi King, King Salman bin Abdulaziz, affirmed, during his meeting in Jeddah, the Chairman of the Yemeni Presidential Leadership Council Rashad Al-Alimi and members of the council, his keenness to support the security and stability of Yemen and the integrity of its territory.

In addition, the joint forces on the western coast announced the opening of the "Hais-Al-Jarrahi" line, south of Hodeidah, in compliance with the unilateral UN armistice, amid the intransigence of the Houthi militia.

She explained that "the line was opened unilaterally, while the Houthi militias are still cutting the line from their areas of control, and are trying to circumvent the agreement by proposing secondary roads linking Hays with Al-Jarrahi from the east and northeast to the "Al-Masbariya" area located on the Ibb-Hodeidah line.

And local sources reported that the secondary roads proposed by the Houthi militia are long and contaminated with mines planted by the militias during the last period, which will increase the suffering of civilians.

On the other hand, the Yemeni forces announced that the Houthi militia had committed 74 violations of the UN armistice, on various fronts.

On its website, it indicated that the army forces thwarted several infiltration attempts carried out by armed Houthi groups at separate times towards military sites south of Marib and on the outskirts of Shamir and to areas south of Al-Jarrahi in the Hays axis.

Yesterday evening, the Yemeni army thwarted infiltration attempts carried out by Houthi armed groups towards the positions of government forces and tribes on the Ma'rib fronts under cover of fire with artillery and various calibers.

It was also warned that the Houthis would continue to send reinforcements and tighten the siege on Taiz.

In the interim capital, Aden, the government began implementing the policy matrix that implements the directives contained in the speech of the President of the Presidential Leadership Council’s speech to Parliament, and the Council’s Chairman, Mueen Abdul-Malik, directing to work according to new mechanisms that are different from the previous ones.

The directive of the committee charged with preparing a plan and following up on the implementation of urgent projects to improve the situation in Aden, is to quickly prepare the matrix of projects required for the basic service sectors, which includes urgent requirements from projects in areas related to the livelihood and life of citizens, especially in the sectors of electricity, water, sanitation, public health, works, roads and transportation.

On the other hand, the National Mine Action Program announced the dismantling and dismantling of minefields planted by the Houthi militia in the Ain District, west of Shabwa Governorate.