In recent weeks, Elies Campo has become one of the best-known faces in the Catalan media. This telecommunications engineer is part... 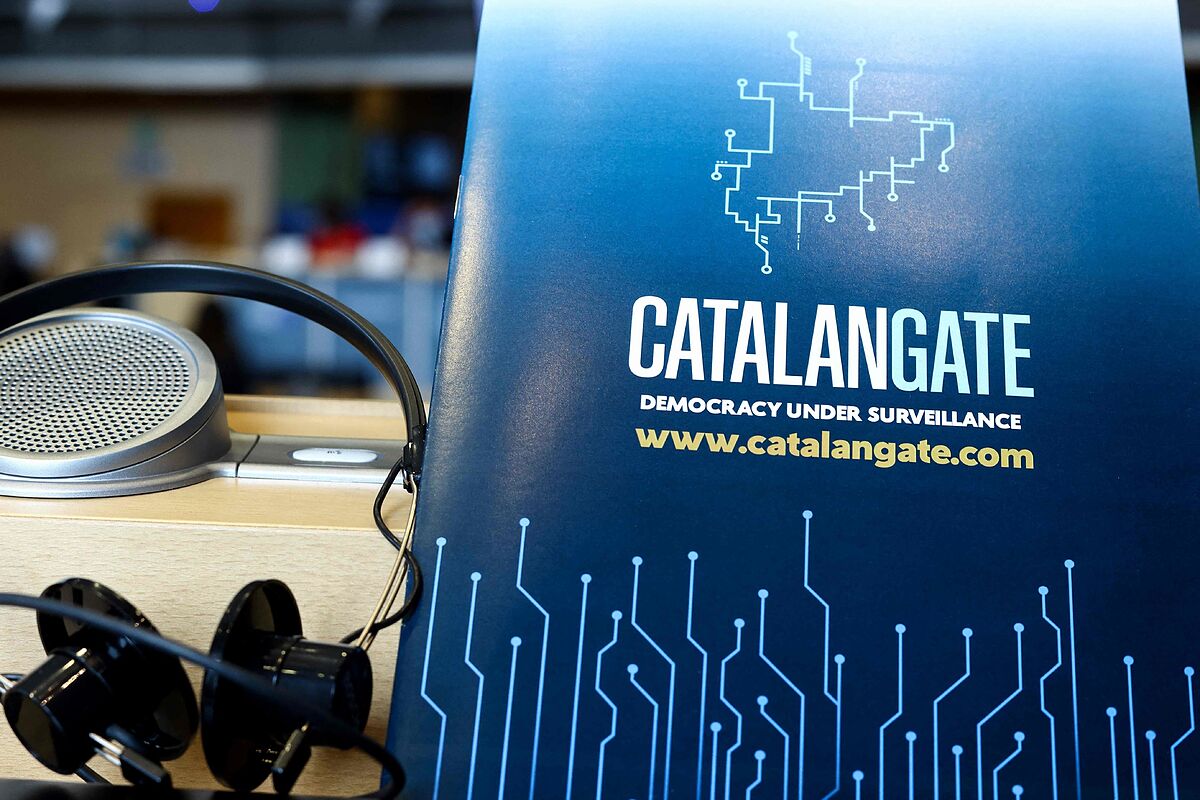 has become one of the best-known faces in the Catalan media.

This telecommunications engineer is part of

a research group at the

that studies information control and Internet security surveillance that represents a threat to human rights.

And he was the one who published the report called

which points to the State as the author of the alleged espionage of 65 independence leaders and activists with the Pegasus and Candiru programs.

Campo himself and his parents appear on this list published and disseminated by pro-independence entities and parties to emphasize that it is a "case of political cyber espionage" and "an unprecedented attack against a democratic movement."

However, this medium has been able to learn that Elies Campo is one of those investigated by the National High Court for a few years within the open case, and that it is secret, against the organizers and activists of the

for organizing numerous protests after knowing the sentence against the leaders of 1-O for sedition in 2019. Some as overwhelming as the occupation of the Barcelona airport, riots in several Catalan capitals, the attempted blockade of the border with France or highway and road closures.

Despite this, the judicial investigation extends beyond these acts of protest and could also affect the

In this sense, Campo is being investigated, along with Jordi B. and Pau E., who also appear on the

for allegedly creating a package of computer programs that allowed electronic voting and developing a financial network with cryptocurrencies, as well as other services.

Between 2019 and 2021, the investigation verified several international meetings of the suspects to obtain financing for this project, presented publicly a few months ago, as well as a trip to Brussels with people from the pro-independence environment and meetings in the Generalitat.

His alleged relationship with sovereign entities such as the

whose leaders were allegedly spied on with Pegasus according to the

also surfaced, as well as the creation of an alleged digital financing of independence through cryptocurrencies.

This solution has already appeared in the investigation of

They also supposedly facilitated a communication structure so that the pro-independence leaders could communicate during the disturbances organized by the Tsunami without being detected.

The judge of the National High Court

who has kept the actions against the Tsunami secret for two years, has requested information from the Swiss authorities about some of those investigated, such as one of Campo's partners who resides in this country.

In addition to the rogatory commissions abroad, the police investigation has also carried out telephone interventions, as well as the installation of programs on mobile phones, always with judicial authorization, of those suspected of organizing the Tsunami Democràtic protest acts.

In the case opened in the National Court, several pro-independence leaders and those around former president Carles Puigdemont are being investigated for their alleged relationship with the Tsunami Democràtic, the movement that instigated the protests after the Supreme Court's conviction on 1-O.

but who are more visible faces of the independence process such as the head of the Office of former president Puigdemont,

, former Minister of ERC, and

, former position of CDC, considered as members of the 'general staff' of the

, by the Investigating Court number 1 of Barcelona within the

These three investigated, along with four others who are also in the procedure in Barcelona, ​​would have an alleged relationship with the organization of acts of disobedience called by Tsunami, according to the investigators.

, to whom the Barcelona court attributes computer and accounting tasks in the Puigdemont environment in Belgium, related to cryptocurrencies, and who could be behind the financing of Waterloo.

considered it proven that Vendrell exercised an activity of "management and direct participation" in Tsunami Democràtic, with phrases intervened in his wiretaps such as "I will send people to protect Plaza Urquinaona", in reference to one of the protests more violent after the sentence or "we have set up a scene on the motorway", when they cut off communication between Spain and France.

Regarding Madi, the judge believes that he knew "perfectly" what Tsunami was, since after analyzing his communications he considers that he collaborated "to blow up the country, adding that the instructions are very precise."

In one of them, the former CDC official assured that Tsunami is organized on three platforms: Pícnic per la República, which is clandestine and that "when there is an action, they broadcast, go there or go there";

Tsunami, which is "the big thing" and pretends to be something "different" than