Russian energy company Gazprom said on Wednesday it had completely halted gas supplies to Bulgaria and Poland due to the non-payment of fuel payments by the two European Union members in rubles, amid European reactions. 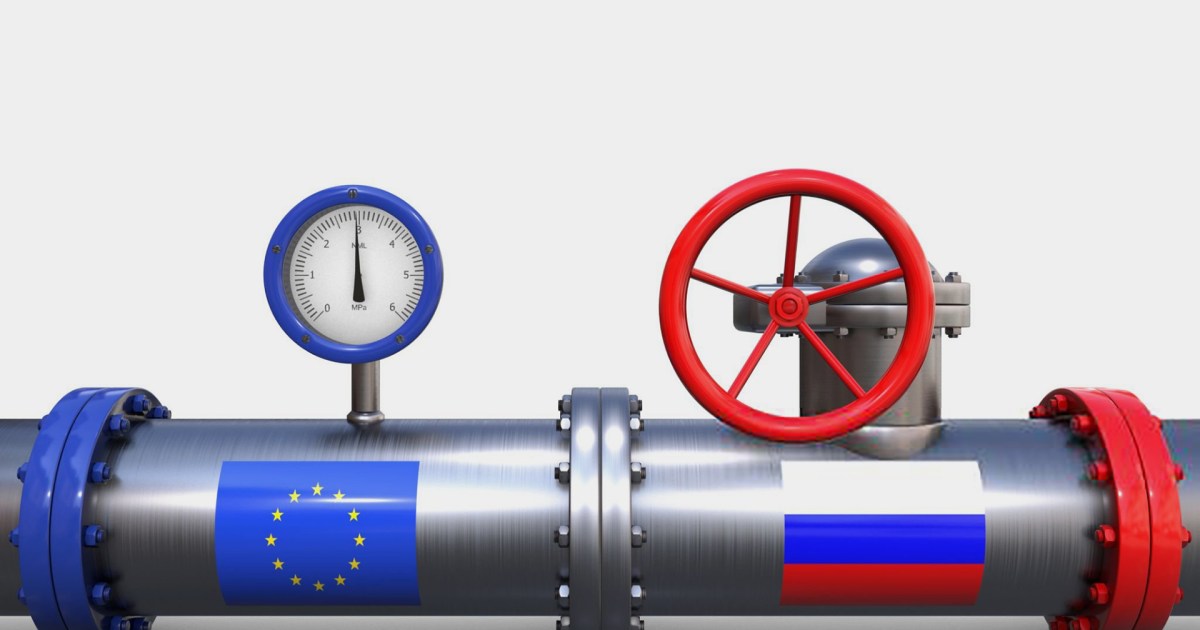 Russian energy giant Gazprom said it had completely halted gas supplies to Bulgaria and Poland due to the two countries' non-payment of fuel payments in rubles.

The company said on Wednesday that supplies will be halted until payments are made, Reuters reported.

Data from the European Union's network of gas transport operators showed on Wednesday that Russian gas supplies under the Yamal contract to Poland had stopped.

For its part, the Polish company for oil and gas mining confirmed today, Wednesday, that the Gazprom group "completely stopped" gas supplies to Poland through the Yamal pipeline, according to Agence France-Presse.

Gazprom announced earlier the suspension of gas supplies to Poland and Bulgaria, which rely heavily on Russian energy, after they did not receive payments in rubles.

Earlier today, data from the European Union's network of gas transport operators showed that Russian gas supplies under the "Yamal" contract to Poland increased again after falling to zero.

On Tuesday, the Bulgarian Energy Ministry said that Gazprom had notified the state-owned gas company in Bulgaria that it would stop gas supplies from Wednesday.

The ministry added that it had taken steps to find alternative arrangements for supplies of natural gas, adding that the new payment program proposed by Gazprom constituted a breach of the existing contract.

She stated that there is no need at present to impose restrictions on gas consumption in the Balkan country, which meets more than 90% of its gas needs with imports from Gazprom.

Bulgaria's Energy Minister said he had informed the European Commission of his country's concerns about gas payments to Gazprom.

The Bulgarian Prime Minister also said that the change of the Russian company Gazprom in the method of payment of gas dues is a violation of the current contract.

On the other hand, the Austrian Energy Minister said that Russian natural gas shipments continue without restrictions and there are no indications of any change in that.

Bulgaria and Poland - members of NATO and the European Union - say they are ready to get the missing amount of gas from other sources.

"There will be no shortage of gas in Polish homes," Polish Climate Minister Anna Moskva wrote on Twitter, adding, "From the first day of the war, we have said that we are ready for complete independence from Russian crude products."

She also said, "We express our support to Germany to provide alternatives to Russian oil."

In a tweet, the Polish government said that the Baltic gas pipeline would be operational within months to enhance the country's energy security.

The project was started in 2001 and suspended several times due to lack of economic viability, but was revived in 2016 after a new feasibility study.

After imposing sanctions on Russia over its war in Ukraine, the Kremlin warned European Union countries that their gas supplies would be cut off if they did not pay in rubles from Russian accounts.

Russian President Vladimir Putin said last month that his country would accept payments for shipments only in its national currency.

A Gazprom spokesperson said that Poland today is obligated to pay for gas supplies in accordance with the new payment procedures, and that the mandatory currency conversion to the ruble should take place today.

In the reactions, the British Deputy Prime Minister said that Russia's decision to stop gas supplies to Poland puts it in the position of an economic pariah.

Backflow from Germany to Poland

And demand for natural gas supplies from Germany to Poland through the Russian Yamal-Europe pipeline rose today, Wednesday, after Russia's decision to stop its supplies of natural gas to Poland and Bulgaria.

And the Bloomberg news agency quoted Gascad, the operator of the Yamal-Europe pipeline, as saying that the pipeline is currently transporting gas from Germany to Poland, against the direction of the natural flow from Poland to Germany, where the flow rate reached 12 gigawatts / hour, compared to 2.5 gigawatts / hour the previous day.

The demand for gas shipments to the Kondratki station on the border between Poland and Belarus, which receives gas from the Yamal line, reached 3.7 gigawatts per hour today, Wednesday, compared to the absence of any demand tomorrow.

Natural gas flows through Nord Stream, which transports gas from Russia to Germany via the Baltic Sea, stabilized today at the level of 73.3 million gigawatts, which is almost the same level as the previous day.