The Biden administration is concerned about the sale of Twitter.. Musk promises to make the platform better and the CEO talks about an uncertain future

Billionaire Elon Musk said he wants to improve Twitter after announcing his acquisition of the platform, while the US administration expressed concern about the deal, and the Twitter CEO spoke to employees about the company's uncertain future. 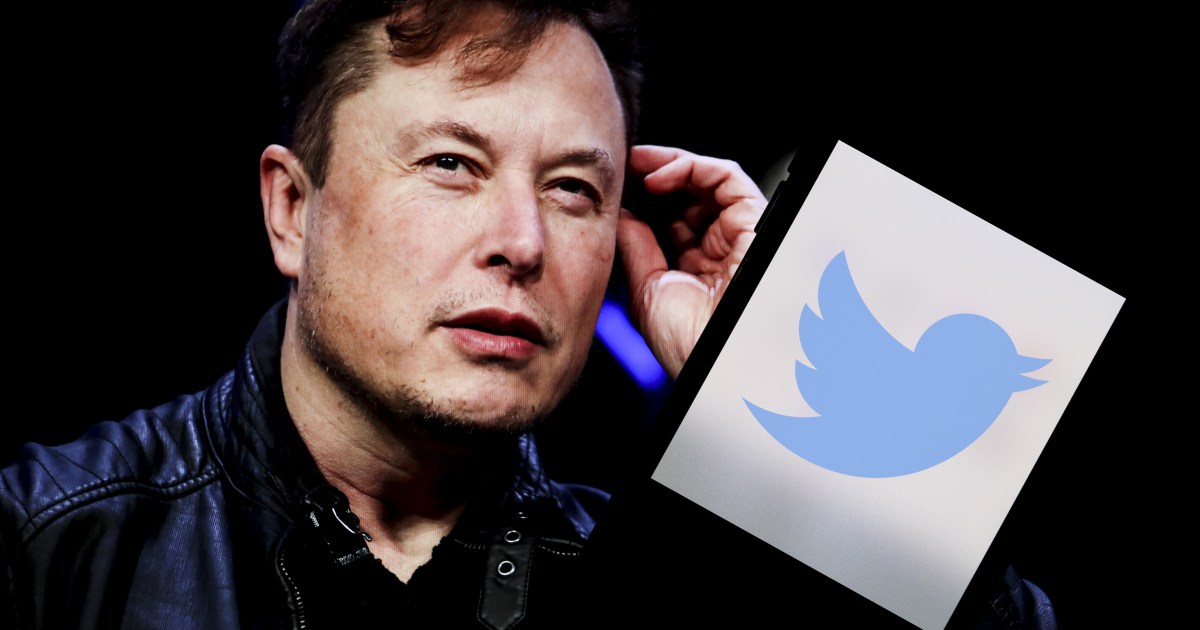 American billionaire Elon Musk said, on Monday, that he wants to make Twitter better than it has ever been, after Musk announced the conclusion of a $44 billion acquisition of Twitter Inc. The deal is for the return of former President Donald Trump's Twitter account, while Twitter CEO Parag Agrawal talks about an uncertain future for the company.

Musk, who is the richest person in the world, said in a series of tweets on his Twitter account that he wants to improve the Twitter platform by adding new features, and "making open source algorithms to enhance trust." He added that Twitter has enormous potential, and that he looks forward to working with the company and users to develop it.

The billionaire, who has more than 83 million followers on Twitter, explained that "freedom of expression is the cornerstone of a functioning democracy, and Twitter is the arena of the digital world where matters vital to the future of humanity are discussed."

Discussions about Musk's acquisition of Twitter accelerated over the weekend after the billionaire flirted with Twitter shareholders about the financial details of his offer.

The deal ends Twitter's career as a public company since its initial public offering in 2013, when it will become a private company.

Twitter shares rose about 6% after the agreement was announced.

In a remarkable statement, Twitter CEO Parag Agrawal told employees, yesterday, Monday, that uncertainty surrounds the company's future after the announcement of Musk's acquisition of the company.

When asked questions from employees about Musk's plans for the company, the potential for layoffs, and the board's rationale for accepting the deal, Agrawal put off many of the questions as questions to ask Musk.

The CEO of Twitter announces the temporary suspension of hiring in a message to workers on the platform.

Commenting on the acquisition, White House Press Secretary Jen Psaki said President Joe Biden has long worried about the power of large social media platforms, regardless of who owns or runs Twitter.

In the same context, the American channel "CNBC" (CNBC) quoted officials in the Biden administration as concerned that the acquisition of Elon Musk on Twitter will pave the way for the return of the account of former President Donald Trump on the platform.

Twitter suspended Trump's account after the bloody storming of the Capitol building in January 2021, to protest the congressional ratification session on the results of the US presidential election, which Biden won over Trump.

Trump told the American "Fox News" channel, yesterday, Monday, that he will not return to using Twitter despite Elon Musk's success in purchasing the site, and the former US president added that he will continue to use the "Truth social" application, in reference to the communication site. the social founding.

Elon Musk’s acquisition of Twitter … a new victory for one of the PayPal Mafia gang members that created or invested in what is now worth more than $ 1.5 trillion in entrepreneurial companies such as: YouTube - Uber - Linkedin - Tesla - Pinterest - SpaceX - Strip - Square - Reddit - Airbnb ... etc. pic.twitter.com/1YsTOKblfn

On the other hand, Amnesty International expressed concern about taking steps to undermine the implementation of policies and mechanisms designed to protect users on Twitter.

Michael Kleinman, director of technology and human rights at the rights group, said that Amnesty International has issued a number of reports that track Twitter's continued lack of progress on the issue of hate speech, and added that the organization's latest report, issued late last year, highlighted several concrete steps that Twitter must take to address the issue of hate speech. Hate speech and offensive speech against women, which they took only one step, as he put it.

It should be noted that the Twitter platform was founded in the United States in 2006 by Jack Dorsey, Noah Glass, Biz Stone and Evan Williams.