China .. The authorities expand Corona examinations in Beijing, and the obsession with closure raises the fear of citizens

Today, Tuesday, the Chinese capital (Beijing) is living with fears of declaring a complete closure, after the authorities imposed mass tests, and prevented access to entire neighborhoods, as part of their efforts to contain a new outbreak of the Corona virus. 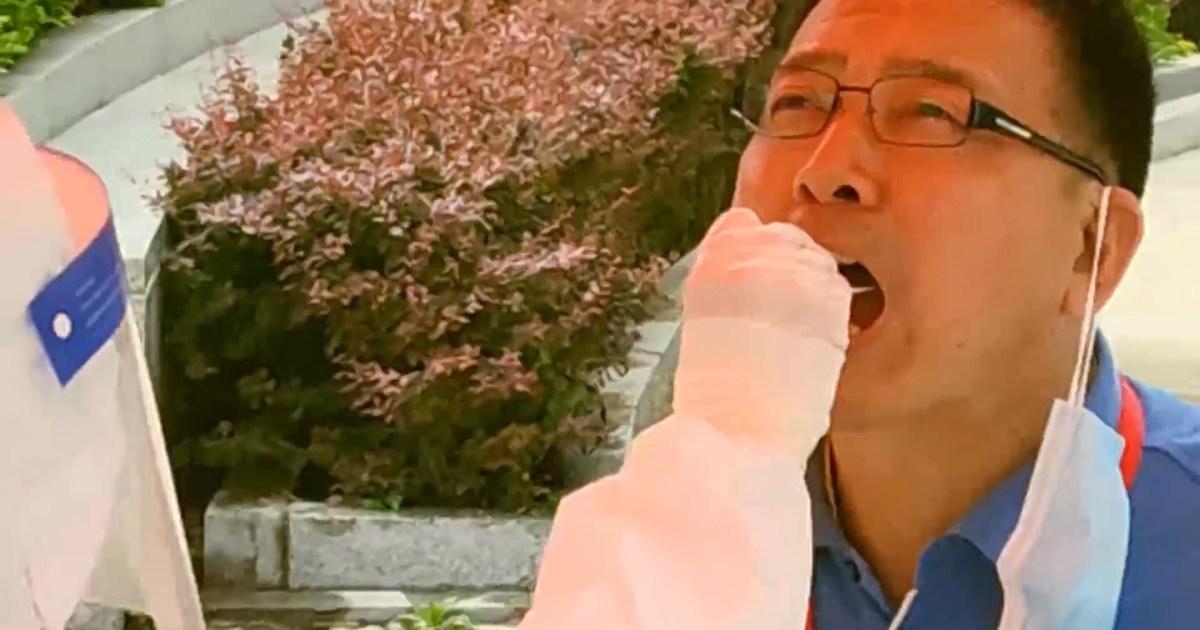 Today, Tuesday, the Chinese capital (Beijing) is living with fears of declaring a complete closure similar to what is happening in Shanghai, after the authorities imposed mass tests and prevented access to entire neighborhoods, as part of their efforts to contain a new outbreak of the Corona virus.

A senior Chinese official said, at a press conference of the Beijing municipal government, yesterday evening, Monday, that the city will expand the Corona examination department to include 11 other provinces of Chaoyang, starting from today, Tuesday, April 26, until April 30, according to Bloomberg News Agency.

The announcement of mass tests sparked panic buying in the city on Monday, with residents fearing a repeat of the scenario of the closure that Shanghai has experienced for weeks.

But the situation appeared calm on Tuesday, with public transport operating as usual and packed with passengers.

Today, Tuesday, several sports halls where residents of the capital play basketball, announced that they will close their doors until further notice, "in line with the instructions of the health authorities."

The Tibetan Buddhist Lama Temple, which attracts many visitors, also announced that it will close its doors starting tomorrow, Wednesday.

The city's municipality has prohibited hotels from hosting meetings or events, and has issued decisions to suspend exhibitions, wedding parties, shows and sports competitions, but shops, restaurants and cinemas are still open.

Since last March, China has been facing an epidemic outbreak that includes, to varying degrees, different regions, and China has adopted a "zero Covid" strategy and accompanies it with extensive quarantine and examination procedures.

Shanghai has become the main focus of the epidemic, and on Tuesday it announced 52 new deaths and about 17,000 injuries within 24 hours.

The city's 25 million residents have been subject to strict quarantine since the beginning of April, and some of them face difficulties in obtaining foodstuffs, while the injured are sent to quarantine centers where health conditions are uneven.

But the situation is much less serious in Beijing, but the Chinese capital has recorded more than 100 injuries since last week, including 33 who were revealed today, Tuesday, an increase compared to previous days.

And the National Health Committee of China said - today, Tuesday - that the mainland recorded 17,812 new confirmed cases of the Corona virus yesterday, Monday, as well as 52 new deaths, bringing the total number of deaths to 4,828.