Ukrainian Orthodox celebrate Easter under the sign of division

In Ukraine, a country with an Orthodox majority, Easter was celebrated in a special context this weekend. If some churches have taken their independence, many remain attached to the patriarchate of Mo… 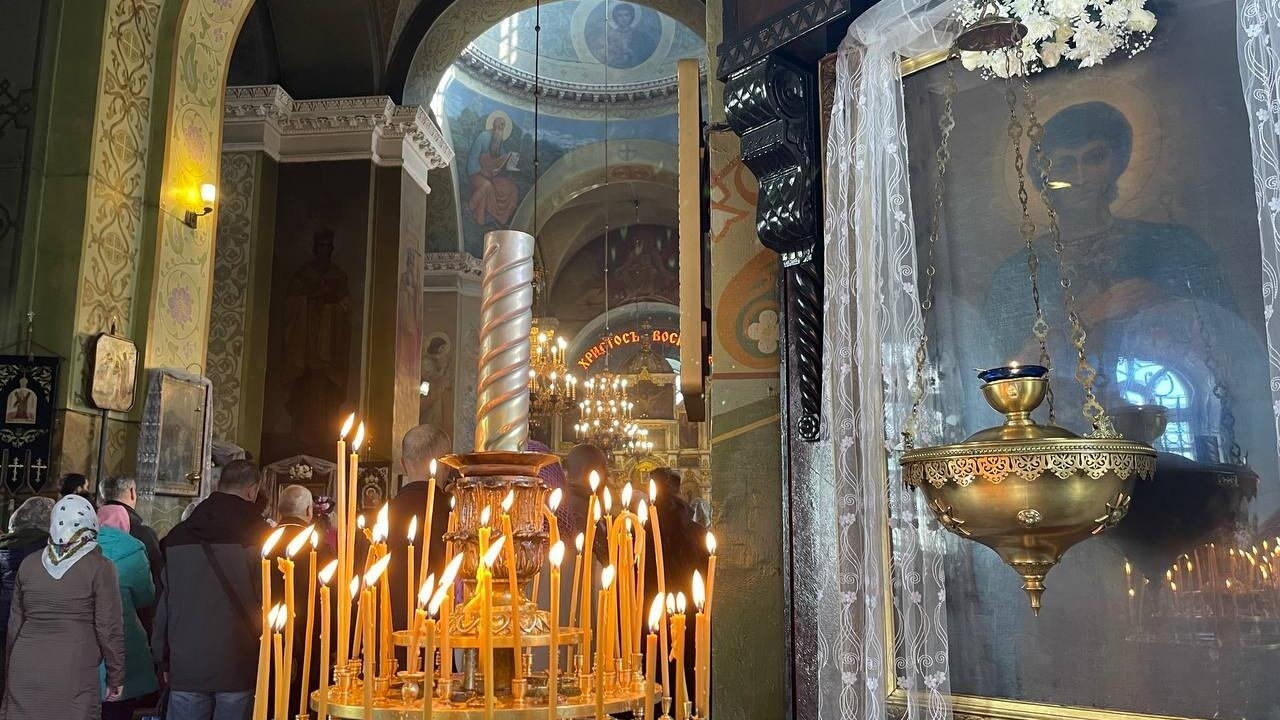 Ukrainian Orthodox celebrate Easter under the sign of division

In the Dnipro Cathedral, attached to the Patriarch of Moscow, Ukrainians pray for peace.

In Ukraine, a country with an Orthodox majority, Easter was celebrated in a special context this weekend.

While some churches have gained their independence, many remain attached to the Moscow Patriarchate.

From our special correspondents at Dnipro,

Zlata, all smiles under her flowery veil, climbs the few steps that lead her to the entrance of the great cathedral of Dnipro.

For Easter, more than ever, she prays for peace.

We ask God for a peaceful heaven for all of us, for the whole country, for all Ukrainians.

We ask for health for all our loved ones.

We had taken all that for granted, the days followed one another, more or less good.

But now we have understood that we must cherish every moment of life.

Like the majority of the parishes of this eastern Ukrainian city, this cathedral is placed under the hierarchy of Patriarch Kirill of Moscow, an active supporter of Vladimir Putin and the Russian offensive.

To read also: The war in Ukraine: with the blessing of Patriarch Kirill of Moscow

In the Dnipro Cathedral, attached to the Patriarch of Moscow, Ukrainians pray for peace.

Away from the crowd, near the small cemetery at the back of the building, Father Herman agrees to address this sensitive subject.

Some people are tempted to believe Patriarch Kirill when he blesses Russian soldiers who then go off to kill Ukrainians.

From my personal point of view, it's really not good.

How do you bless someone to go and kill their brothers?

Today, in reality, many of our priests refuse to mention Patriarch Kirill and pray for him as they should

Despite everything, Father Herman does not want to join the patriarchate of kyiv which has obtained its independence vis-à-vis Moscow.

This cathedral is that of his childhood, nothing and no one should in his eyes divide the Orthodox Christian community.

To read also: Ukraine: the war shakes the Orthodox Church on its foundations