In the second round of the French presidential election, the candidate of the National Rally recorded a record breakthrough in the Overseas Territories, historically hostile to the far right. A symbolic victory... 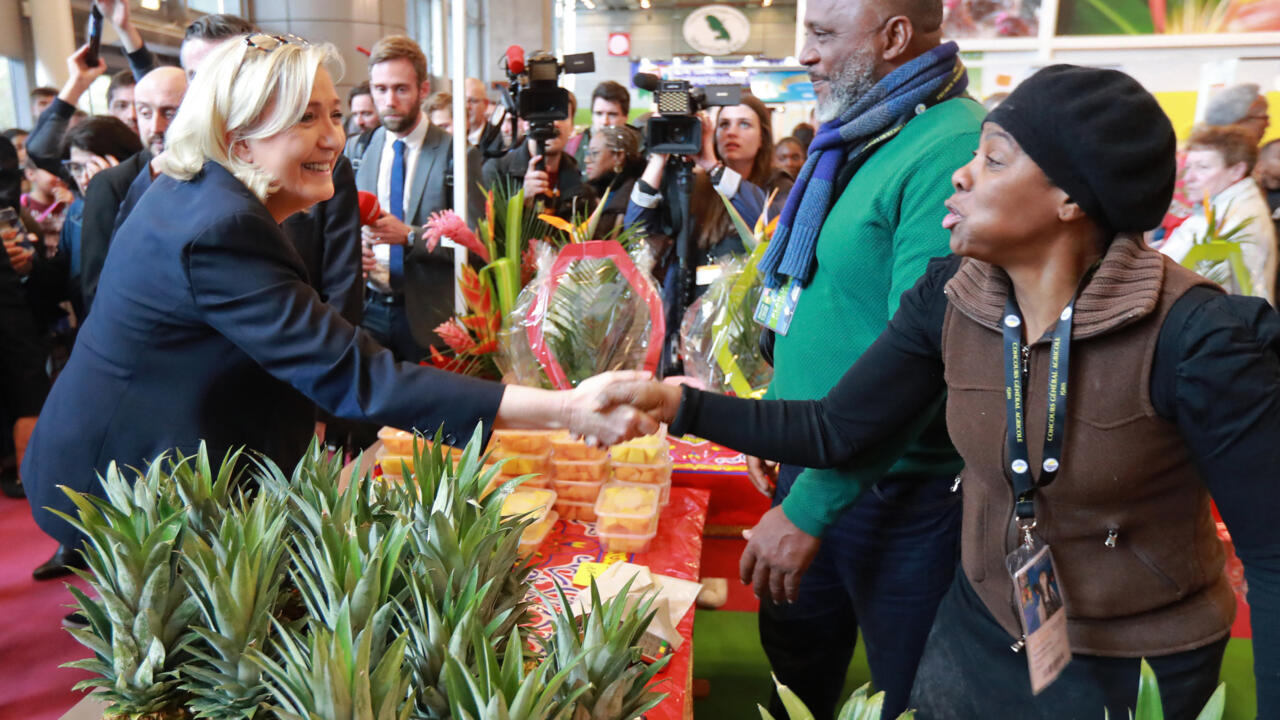 The figures had leaked in the afternoon, causing amazement among opponents of the National Rally.

Historically high results for Marine Le Pen in these regions which had placed, with the exception of Mayotte, the candidate of La France insoumise Jean-Luc Mélenchon largely in the lead in the first round.

How did the National Rally manage to unite so much support in territories historically hostile to the far right?

Elements of answers with the Reunionese political scientist Christiane Rafidinarivo, guest researcher at the Center for Political Research of Sciences Po (Cevipof).

Is Marine Le Pen's strong growth in Overseas the result of a special effort in these territories?

This record breakthrough is part of a gradual dynamic over several elections.

In 2017, she had already managed in the first round to win the largest number of votes over the whole of the Overseas, before being beaten by Emmanuel Macron.

In 2019, during the Europeans, his party had already come out on top in the majority of territories.

This gradual rise is explained by a very methodical campaign of "de-demonization", led for several years by the National Rally.

For Marine Le Pen, these territories are of particular importance because conquering the Overseas Territories means providing a counter-argument to perceptions of racism.

For the RN, this is not a strictly ultramarine affair, but a strategy which aims to improve its image and expand the number of its voters on a national scale.

This is why Marine Le Pen is the only candidate to have set up a specific program, defined a long time ago, for these territories.

In our overseas territories, in particular in Reunion, the sugar cane trades are seeing their costs explode and have still not obtained the aid promised by the State: what is the government waiting for to keep its commitment? ?

President, I will support the industry.

In your opinion, is this a vote of rejection or really of adherence to the program of the National Rally?

There is indeed a membership on the basis of its proposals because it has decided to adapt its arguments for each territory.

In Mayotte, it presents itself as the remedy against illegal immigration from the Comoros.

In Reunion, which does not have this problem, she insists on purchasing power in the face of galloping inflation.

By offering targeted responses, it also capitalizes on the demand for specificity, particularly strong in the West Indies and Reunion, as well as on the feeling of abandonment.

Because the overseas territories are both among the poorest in France, but also among the most unequal.

This is particularly true in Reunion, where 37% of the population lives below the poverty line, ie a rate 2.5 times higher than that of mainland France.

Even beyond the question of resources, there has long been a strong distrust of the state in these territories, which is considered incapable of providing appropriate political solutions.

Several measures put in place by Emmanuel Macron have further accentuated this perception.

In Reunion, the money released following the Yellow Vests crisis has so far not made it possible to curb youth unemployment, while in the West Indies the obligation of the vaccination pass and vaccination for caregivers was very badly experienced.

This is why voters overwhelmingly opted for alternative solutions, embodied by Jean-Luc Mélenchon and Marine Le Pen.

Jean-Luc Mélenchon had called for none of his voters to vote for Le Pen in the second round.

How do you interpret this massive transfer of votes to the RN candidate overseas?

This reversal shows first of all that despite Marine Le Pen's continued progress at the polls, her electorate in the Overseas Territories remains volatile.

The number of its voters is growing, but it is not necessarily the same at each election, and as a result its base remains fragile.

We do not have precise tools to know in detail how many Jean-Luc Mélenchon voters abstained, how many voted Marine Le Pen or Emmanuel Macron, but it is obvious that his voting instructions were little followed. .

This reversal between Mélenchon and Le Pen does not, in my view, reflect a depoliticization in the sense of ignorance or a lack of education, but is rather symptomatic of the decline of political parties.

With social networks, the practice of citizenship has changed, it has become more individualized and voters feel less and less represented by the parties.

If Jean-Luc Mélenchon and Marine Le Pen still manage to attract voters, their results in the Overseas Territories show that they do not exert a strong enough attraction to retain citizens.