L1: Saint-Etienne will play its last home match behind closed doors after the incidents against Monaco

Saint-Etienne's last home game of the season will be played behind closed doors, the Professional Football League announced on Monday, after the incidents that occurred on Saturday during the Greens' match against… 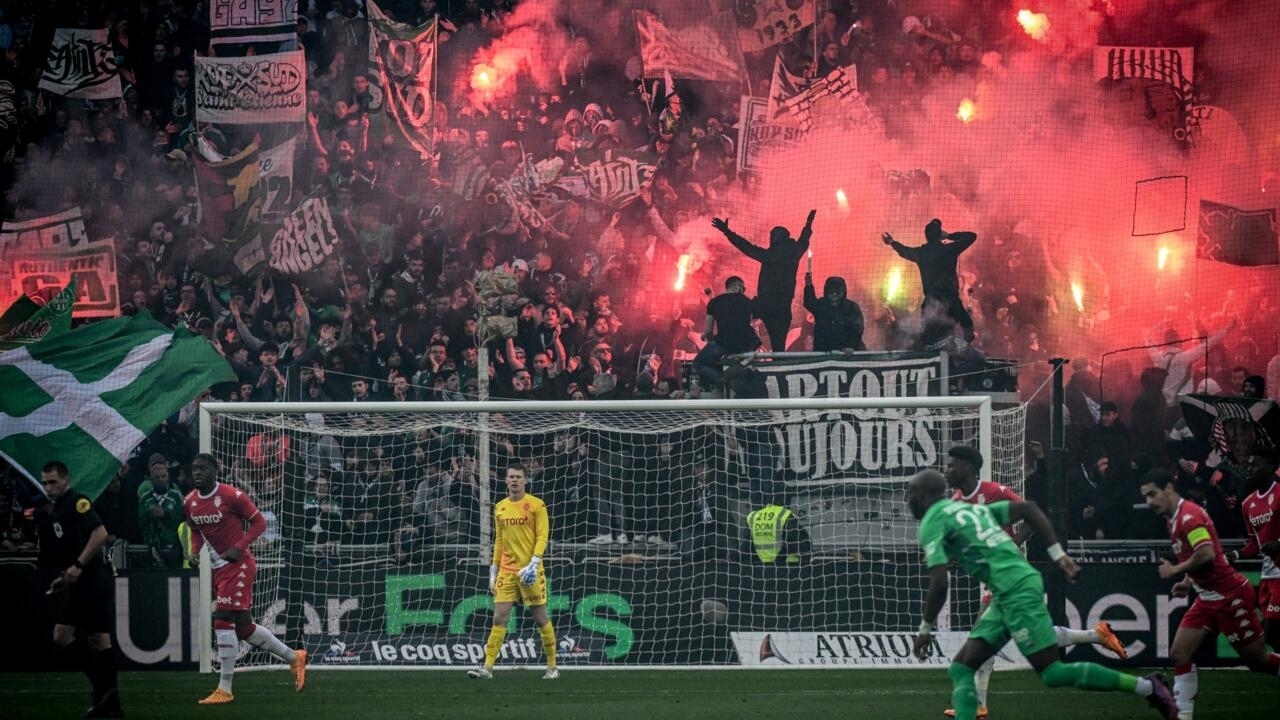 The LFP Disciplinary Committee placed the case under investigation and ordered a total closed session at the Geoffroy-Guichard stadium as a precaution, after the meeting was interrupted due to the throwing of smoke bombs.

It will make its decision on May 18, four days after Saint-Etienne – Reims (37th day), the last home game of the season for the club which is fighting to stay in L1 and will therefore have to receive the Champenois without spectators in the stands.

ASSE, already pinned at the end of October when the kick-off of the reception of Angers had been delayed by one hour, risks other sanctions (fines, additional closed-door matches, even withdrawal of points) which could be stretch over the following season, or even over a hypothetical L1/L2 barrage in the event of 18th place at the end of the season.

Four days from the end of the season, the Greens currently occupy this 18th place, with four points ahead of the first relegated, Bordeaux (19th) and two points behind Troyes (16th) and Clermont (17th).

They must move three times during the last four days.

Saturday evening, the reception of Monaco was marked by two interruptions.

The second lasted more than half an hour, while some ultras from Saint-Etienne used smoke bombs and fireworks to celebrate the 30th anniversary of the group of Green Angels supporters.

The Disciplinary Committee has also placed another file under investigation, that of the behavior of Nancy supporters on Friday during the reception of Quevilly-Rouen in Ligue 2.

After jets of smoke and several interruptions, the meeting could not go to an end and the ASNL, which has already recorded its relegation to National although the fate of the stopped meeting has not yet been decided, will be fixed. May 4 on its sanctions.

In the meantime, the Lorraine club will play its match of the 36th day behind closed doors, against Nîmes on Saturday (7:00 p.m.).

The 2021-2022 season of the French Championship was marred by multiple incidents in the stands, leading to an escalation of disciplinary sanctions from the authorities.