Karim Benzema: success, two reconciliations and a new member of his family

December 2010. José Mourinho was the coach of Real Madrid and Karim Benzema was fighting to get minutes on the pitch against Gonzalo Higuaín. At a press conference, the... 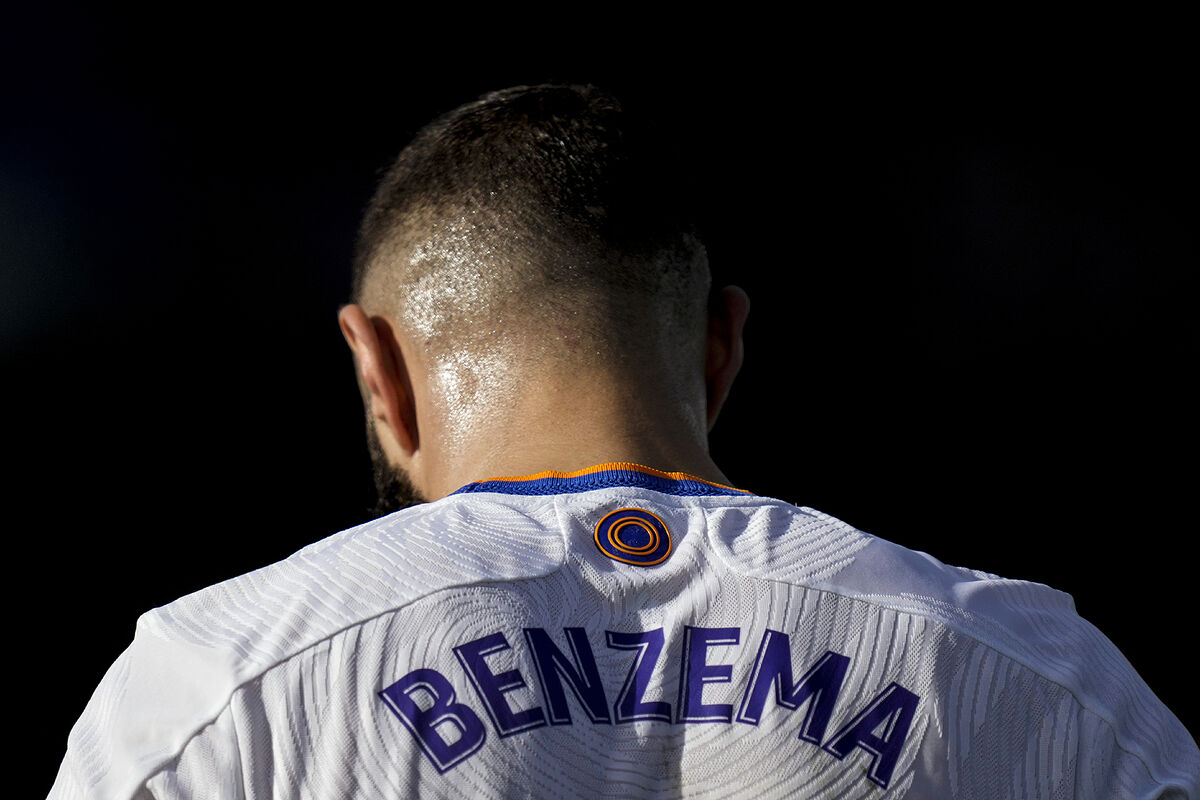 December 2010. José Mourinho was the coach of Real Madrid and Karim Benzema was fighting to get minutes on the pitch against Gonzalo Higuaín.

At a press conference, the Portuguese coach made a comparison in which he compared the French striker to a cat in the run-up to a match.

"If you don't have a dog to go hunting and you have a cat, then you go with the cat

, because you can't go alone."

That statement gave rise to a nickname, "cat", which Benzema has carried since then and without knowing his opinion on it.

However, the cat has shown, by bursting his statistics, that he

more than anyone on the white team.

In the current season he has 39 goals, his best personal mark to date.

After the departure of Cristiano Ronaldo, star of the team for which Benzema "worked", the footballer of Algerian descent has hung the essential and decisive medals in each match.

Despite the fact that Karim missed two penalties in the last of the Madrid team's games, the influence he has over Real Madrid is beyond doubt.

expressed Carlo Ancelotti, his current coach, a few days ago.

At 34 years old he has reached his best physical and soccer level.

After being questioned by some of the sectors of Real Madrid, his sporting life is more alive than ever.

Benzema has left behind the "crazy" years of his youth and has taken advantage of the second chance that his profession has given him.

And not only in football, but also on a sentimental level.

Precisely one of the reports that this newspaper signed, when the player began to show the best version of him, emphasized that his emotional stability had been essential to achieve his maximum performance.

On the one hand, Chloé De Launay, mother of his eldest daughter, Mélia, who was born in February 2014. On the other, Cora Gauthier, a French model based in London with whom he fathered Ibrahim, born in 2017. When his marriage to Cora seemed stable after the arrival of their second child,

the striker and Chloé De Launay decided to give their love story a second chance.

In October 2021, she was the protagonist of the news herself, the one in charge of signing, with a photograph on her Instagram account, that she was once again the partner of Real Madrid's 9.

"We gained strength and we have won,"

she wrote alongside a picture of the two of them riding a horse with their hands intertwined.

The relationship was not lost thanks to the daughter they both have in common.

De Launay, in fact, has shared snapshots in which he appears with his daughter in the Santiago Bernabéu box enjoying the magical nights that

Benzema is giving the Chamartín team.

Specifically, they attended the match in which Ancelotti's team faced Mbappé and Neymar's PSG and in which Karim

scored the three goals that qualified the team for the quarterfinals of the Champions League.

Already in November of last year De Launay published a photograph in which Mélia, her daughter, appeared together with a baby named Nouri (as could be read on the back of the shirt the little boy was wearing) and of which few details are known until the date.

Since Chloé began to share images of the baby, the couple's followers have not stopped wondering whose son it is.

Some fans even take it for granted and celebrate

the arrival of yet another new member of Karim's clan.

However, and although the footballer is extremely careful about his personal life, he often shows snapshots of Mélia and Ibrahim.

Without going any further, in his Instagram profile picture the striker appears next to the two.

That is why he is surprised that there is no trace of Nouri in his publications.

Another possibility is that the new member of the family is the result of a relationship that Chloé had before the reconciliation with Karim.

On the other hand, Karim tries to spend as much time as possible with the children and tries to take them to school whenever he can, just like any parent would.

He puts the family first, according to what his own publications reveal, and in recent years he has barely gone out to party.

he usually enjoys the exclusive property

that he has in an urbanization of San Sebastián de los Reyes and that was robbed by thieves on two occasions.

has not only reconciled with Chloé de Launay,

a nurse with whom he took the step of becoming a father, but also

with his country's soccer team,

something that tormented him precisely because of how the departure occurred.

Benzema joined the French team at Euro 2021 after being away for six years.

The reason for the separation between Benzema and his team was a scandal in which the striker was involved.

A criminal gang allegedly blackmailed Mathieu Valbuena, Benzema's partner in the French team, threatening to broadcast a video with sexual content if he did not pay 150,000 euros.

and that he even pressured him to pay the ransom.

The Versailles Prosecutor's Office, in charge of investigating the case, accused Benzema of

"complicity in a blackmail attempt"

Last November he was found guilty and sentenced to a year in suspended prison, which he would have to serve in case of recidivism, and a fine of 75,000 euros.

His lawyer has already announced that he will appeal the sentence.

Although in the first place they "punished" Benzema by removing him from his national team, Noël Le Graët, president of the French Federation, assured that whatever happened in court they would not dispense with the player again.

Although two women stand out in Benzema's sentimental life, Chloé and Cora, mothers of his children, the Real Madrid striker accumulates a long list of girls with whom he has been related.

Among them is Manon Marsault, a French actress who had participated in the French reality show 'The Island of Truths'.

Samira Salomé Jalil, former tronista of 'HMYV' who declared that "he liked soccer players, not soccer".

It also highlights the French singer Jenifer Yaël and the Argentine actress and model Zahia Dehar.

The latter was a scandal in Karim's career.

She is about the young woman who was allegedly hired as a sex worker when she was still a minor by Benzema and Ribéry,

who were acquitted by the Paris Criminal Court when it was confirmed that they did not know their age at the time of having relations.

At the beginning of 2014 he was related to Marta Riesco, now current due to her back and forth relationship with Antonio David.

The last and most important of this list is the singer Rihanna.