Everything (again) begins for Emmanuel Macron, placed in front of History

Returned to the Elysee Palace in a historic election, Emmanuel Macron is confronted on Monday with a France just as politically fractured as during his first election in 2017. 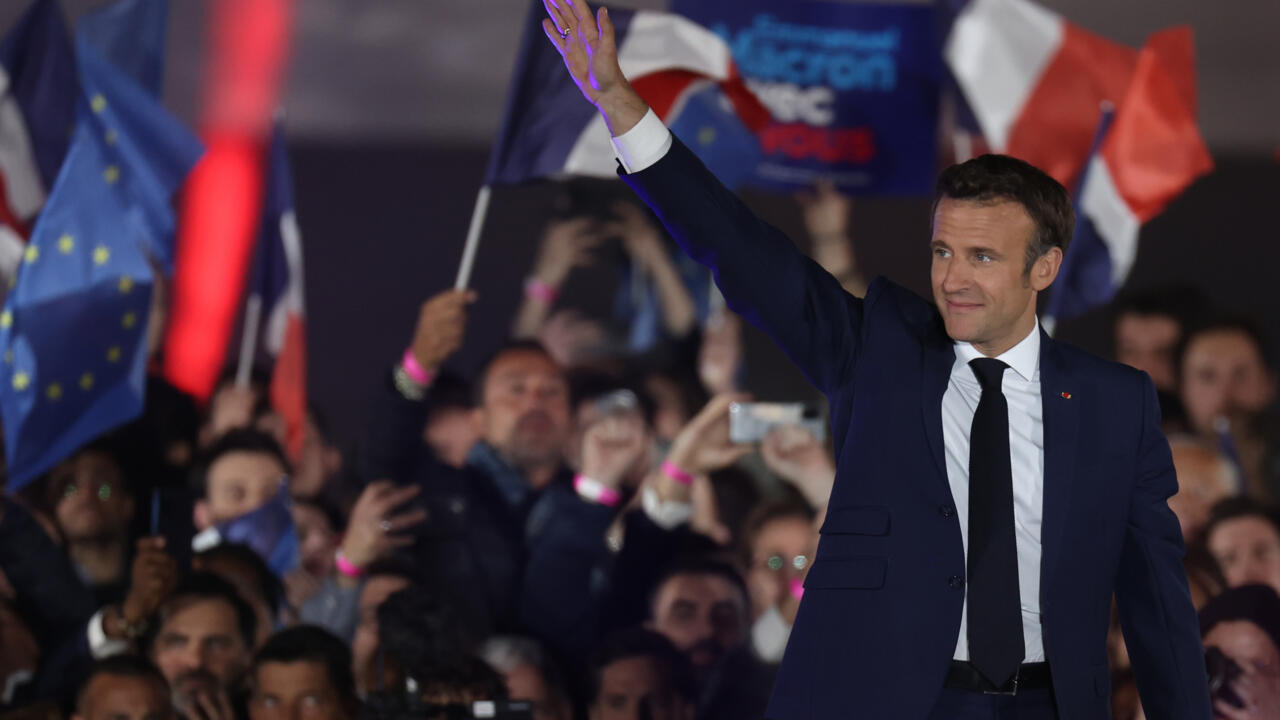 Historic, the feat which sees the outgoing be the first head of state re-elected outside cohabitation since the introduction of direct universal suffrage in 1962. Historic, at least as much, the score of Marine Le Pen, who gains around eight points and made the extreme right cross the bar of 40% of the vote for the first time.

The electoral campaign, marked by the Covid and by the war in Ukraine, had shown a strong democratic weariness.

His re-election comes after a five-year term marked by crises, from "yellow vests" to Covid.

It places the country in continuity with its major economic, European and international orientations.

"Not the continuity of the quinquennium which is ending"

But during his first victory speech at the Champ de Mars, against the backdrop of the Eiffel Tower, Emmanuel Macron promised a "refounded method" to govern France, assuring that "no one will be left by the wayside".

"This new era will not be the continuity of the five-year term which is ending", assured the re-elected president, calling for "benevolent and respectful" in a country "steeped in so many doubts, so many divisions".

While as a state of grace, a new political fight awaits him with the legislative elections, Emmanuel Macron has also taken care to address those who have chosen him by default, and even voters. of her rival.

"I know that many of our compatriots voted for me today, not to support the ideas I hold but to block those of the far right," he admitted.

"And I want to thank them here and tell them that I am aware that this vote obliges me for the years to come".

He also promised to "find an answer" for those whose "anger and disagreements led them to vote" for Marine Le Pen.

One voted for Emmanuel Macron: the big cities, the upper middle classes and retirees.

And the other, the one who chose Marine Le Pen, more popular, who often feels excluded, particularly in the northeast and around the Mediterranean.

With more than 60% of the vote, Marine Le Pen has also achieved historic scores in Overseas France, particularly in the West Indies, Guyana, Reunion and Mayotte (59.10%) against a background of distrust of the authorities or health antipass challenge.

Exactly seven weeks will pass until the first round of the legislative elections, on June 12, again qualified Sunday evening as "third round" by the leader of LFI Jean-Luc Mélenchon and by Jordan Bardella, the president of the National Rally.

Marine Le Pen chose Sunday to see in her unpublished score "a brilliant victory" and the manifestation of the "wish" of the French for "a strong counter-power to Emmanuel Macron", before launching "the great electoral battle of the legislative elections" .

The challenge for the National Rally will be to go beyond the status of a protest party which, as political scientist Jean-Yves Camus puts it, "collects a considerable percentage of votes, infuses society but will never reach the power because he has no allies".

The RN has only six deputies in the legislature which is ending.

Eric Zemmour calls on "the national bloc" to unite but cannot help but point out, scathingly, that this is "the eighth time that defeat has struck the name of Le Pen".

On the left, Jean-Luc Mélenchon, with his nearly 22% in the first round, pounded Sunday a president according to him "the worst elected of the Fifth Republic", and called for mobilization, because "the third round begins this evening".

Abroad, it is a relief for the partners of Paris: the President of the European Commission Ursula von der Leyen was delighted to "continue the excellent cooperation" with France, the German Chancellor Olaf Scholz welcomed " a strong signal in favor of Europe".

British Prime Minister Boris Johnson said he was "pleased to continue working together".

"Towards a strong and united Europe!", declared Ukrainian President Volodymyr Zelensky, who congratulated Emmanuel Macron, while American President Joe Biden said he was "impatient to continue" cooperation with Paris to "defend democracy".