The last thing Boris Johnson needed was to be swept up in a scandal dubbed by the tabloids the "Basic Instinct stunt." And yet there... 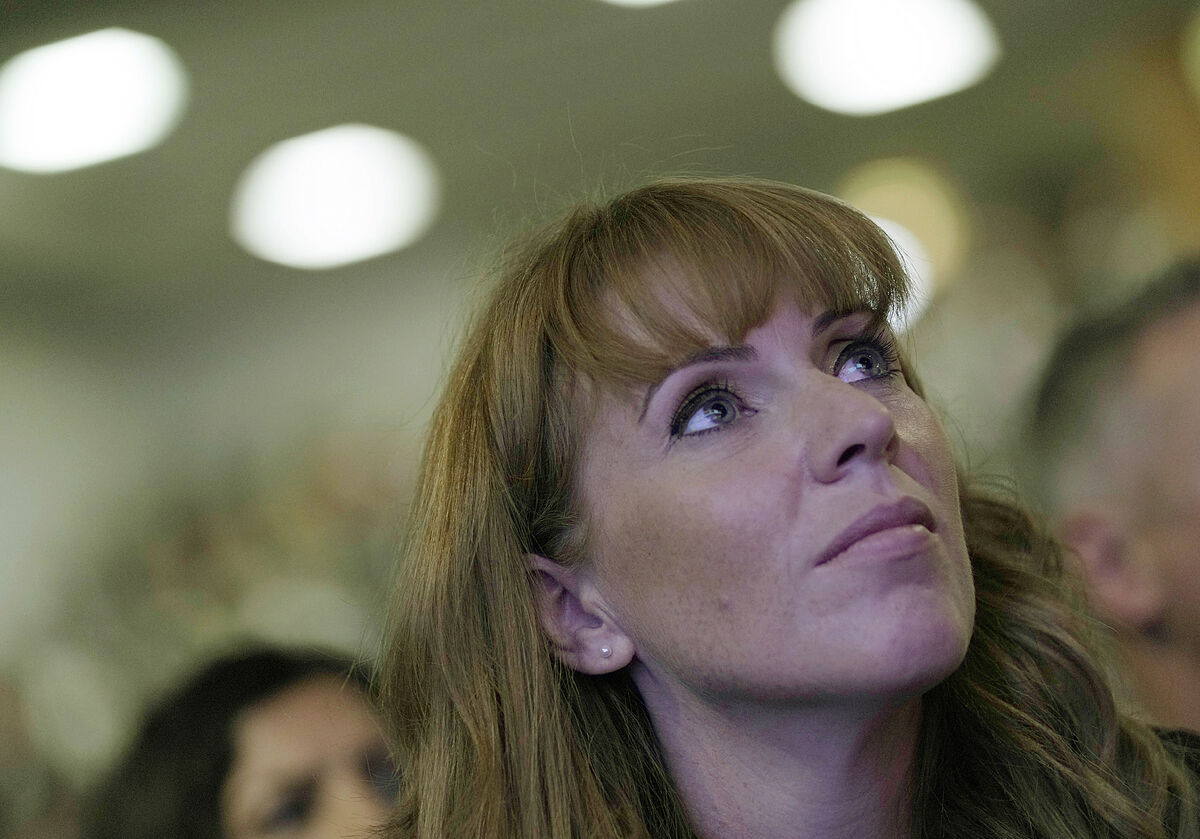 was to be swept up in a scandal dubbed by the tabloids the "Basic Instinct hoax". And yet here we have the "premier", cornered by the Partygate parliamentary investigation and "baffled" - as a Tory MP has told the

"She knows she can't compete with Boris because of the training he has had for debates at Oxford University, but (Rayner) has other skills that he lacks," the anonymous Conservative MP confesses to the Mail, referring very explicit to Sharon Stone-style leg crossings.

"She herself has admitted it to us over a drink on the terrace of the House of Commons."

Overnight, the "Basic Instinct ruse" has displaced "Partygate" from the headlines.

To the point that Angela Rayner herself had to interrupt her Sunday rest to get out of the way: "They are accusing me of using a ruse to distract a desperate Prime Minister and

for the simple fact of being a woman, having legs and wearing a dress

Boris Johnson, who has lost his bearings again since his eventful trip to India, had to intervene personally to stop the snowball with a message on Twitter: "As much as I disagree with Angela Rayner on almost every political issue, I respect her as a parliamentarian and deplore the misogyny leveled at her."

The "premier" has personally written to Rayner to apologize for the conduct of members of his party and to make it clear that he had nothing to do with the "leak", that it is not the typical smokescreen for divert attention from the pressing news (Downing Street denied on Saturday that Johnson has already received a second ticket for the "Partygate").

But Rayner held his tongue and accused Johnson's allies of "resorting to the desperate spread of perverted slurs in an attempt to save the skin" of their leader.

"He (Johnson) and his cheerleaders

clearly have a problem with women in public life.

Shame on them, and I'm not going to let their vile lies deter me. Their attempts to harass and intimidate me are going to fail."

It is not the first time that Angela Rayner feels the wrath of the "Tories" on her skin.

Labour's 'number two' was 'crucified' by the tabloids last fall for describing the Conservatives as 'homophobic, racist and misogynistic' and for directly referring to 'Tory scum' (earning her yet another scolding from the Labor leader Keir Starmer, with whom he has had a strained relationship over the past two years).

The Sun on Sunday

of some photos, last January, in which Rayner -with one of his "vibrant looks"- could be seen stealthily leaving his house with his co-religionist Sam Tarry and implying that they had spent the night together.

Tarry is married and Rayner separated in 2020.

Born 42 years ago in Stockport, on the harsh outskirts of Manchester, Angela Rayner dropped out of school and had the first of her three children at the age of 16.

She thrived in politics through the Unison union, which allowed her to rise through the ranks within the Labor Party.

In her reply to this weekend's news, Rayner recalled "my public education, my experience as a social worker, my family and my class," which have been used as weapons against her by the Conservative Party.

In contrast to the cold style of a prosecutor that her leader usually exhibits in confrontations with Boris Johnson, Angela Rayner has stood out for her direct attacks with a high emotional charge, such as the one launched last week during the "Partygate" debate: "As a worker I know the sacrifices British people have made during the pandemic and how they have risked their own lives on the front lines of fire.While the Prime Minister was partying, many Britons were unable to be with their loved ones on their deathbeds or to attend even a miserable funeral out of respect for the rules.

Angela Rayner has received in recent hours the solidarity of British politicians, from Scotland's chief minister, Nicola Sturgeon ("what happened is an example of the misogyny we face every day) to the conservative Alicia Kearns: " When women in politics are denigrated like that, misogynists across the country feel empowered."